Here are girls hold sway over world, though their birth and the surrounding environment were made in a way that they didn’t expect.  They surely had to practice to live more comfortable life under their extremely unhappy circumstance.  As you follow their traces, you may feel that an obscure origin, poverty, crime and prejudice are nothing to her.  Those women didn’t surrender to infelicity everyone told.  What is that those women have, not common things?  There are many reasons and criticisms such as courage, ambition, and desire for hers’ success.

In nowadays, a lot of mass media speak about alpha girls and women’s power, as these phenomena seem to be another trend of the new world, different from past.  Actually, there were alpha girls and creative women full of power in past, like now.  The Sookmyung Times focused on those women: Queen Isabel, Sarah Bernhardt, CoCo Chanel, Ingrid Bergman, Marilyn Monroe, Oprah Gail Winfrey.  In here, these women are going to hold their own banquet showing their growth process and priceless fame of hers.  Although they lived in a male-dominated society, of course she jumped out of the hurdle with desperate efforts far more than those of men.  At certain cases, even some women lived better than ordinary men.  Are there special secrets of these women?  Let’s watch women from here one by one.

Queen Isabel : The Jewel of Castile

When some women become a queen, she might indulge in luxury and might overrule by her self-interest, at times.  On contrary, there are other women who take effect for development and peace, in stead of herself.  One of them, here is one woman, queen Isabel of Castile.
The cradle of her was very poor.  After the death of Juan Ⅱ, her father, her mother had melancholia.  In addition, she, mother, and her brother, Alfonso, were removed from the court.  However, she came back the court after a few years, due to an intrigue of Enrique Ⅳ, brothers by different mothers.  Enrique Ⅳ had a plan that used Isabel to a marriage for political reasons.  However, Alfonso suddenly died.  After that, she announced herself as a successor to the throne.  She chose her mate, Ferdinand, prince of Aragon.  After 5 years later, Enrique Ⅳ died and then Isabel proclaimed that she was queen of Castile.  Also, Ferdinand ascended the throne because of death of king.
“I, queen is……,” she always styled herself as a queen in public.  She grows vision about Iberian with together Ferdinand, her husband and king of Aragon.  She was politician who had leadership and organizing ability and sense about fortune.  She restricted power of the nobility, and laid the foundation for centralism.  She also reformed law and build a university.  She would call as “Isabel la Catolica.”  She was not only a true believer but also a person who made a terrible policy about religion.  Isabel supported Columbus.  Then, pope give name, ‘the king of Catholic’ and that mean that position of Isabel equal king.  She leaved a will that wish fair treatment for people in the West Indies, and want to recompense damage they was damaged.

Many people may not know Sarah Bernhardt.  She was a great actress in the end of 19 century.  She was one of humans who manage the performing arts in first generation.  She also had become world star with numerous foreign expeditions on her life.  When she lives, she already was legend.  Most critics were unsparing of her praise, and said “The incarnation of the East,” “Standards of elegant” to her.  The life of Sarah Bernhardt was paid attention to everyone.  She was the wonder and the glory as well as the slander of people.  Most people acknowledged that she was gifted actress.  “Costume, works and speech might have changed.  But she is always her, Sarah.  She replaces her with the cast, in stead of assimilating with the cast,” George Bernard Shaw said.
She was not only the great actress, but also the creator of trend.  Once she recognized works of an obscure artist and then, she began to use, the unknown artist became famous.  For example, there is Alphonse Maria Mucha, the great master of Art Nouveau (New Art).

She dazzled people with brilliance.  Splendid actress was not a splendid woman from the first time she was born.  Her real name is Henriette-Rosine Bernard.  She was born out of wedlock in Paris.  Her mother was lively woman and liked the travel.  Because of that, Sarah spent almost time with her nanny or maternal aunts.  After that, she was brought in religious house.  She found her gift for the play and she went to a drama school in Paris with helping from lover of her mother.  Although she graduated school with excellent results and she debuted in Comedie-Francaise which was the best famous theater in Paris, she was unnoticed from public.  But, after standing a stage as a role of boy in 1869, she was in spotlight.  Moreover, she became the world star with two drama of Victor Marie Hugo.  Surprisingly, she played “Hamlet” in 44 years old.  And she performed younger sun of Napoleon in “Napoleon II,” when she was 56 years old.  When she 70 years old, she was taken away in a stretcher for acting before forward units in the First World War.  She got hurt in the leg in Rio de Janeiro in 1905; a doctor amputated finally her leg.  However, she had stood her stage till death.
If you want to understand her, you can read her autobiography, “My double Life: Memoirs of Sarah Bernhardt.”

Draw several valuables in your mind.  Do you think of Chanel No.5 and a French woman Coco Chanel?  Actually, Coco is another name of her, more familiar than Garbrielle Bonheur Chanel, her real name.  When she was 20 years old, she was still very poor and singing in a bar dreaming a singer.  Coco is made by people owing to Chanel’s song at that time.  Now, she is well-known as a famous leader who liberated all women from corset which had tightened up women’s bodies.  In other words, she gave all women a chance to breath.  She said, “Fashion is not something that exists in dresses only.  Fashion is in the sky, in the street, fashion has to do with ideas, the way we live, what is happening.”  She always pursued comfortable and polished style in all kinds of fashion.  However, the great fame didn’t come to her automatically.  Gabrielle was a bastard between a traveling marketer and his love in poor health.  She was baptized in a nunnery without her parents.  And her mother died when she was only 12 years old.  After that, unfortunately, her father left her children including Gabrielle in an orphanage.  However, she took sewing lessons and started working in a store of sewing things when she was 20 years old.  She began to her business as a hat shop named Maison CHANEL with a help of Boy Capel, both her first love and friend.  In addition to hat, she had spread out her business of fashion toward practical and stylish design for women with her passion and hands of the rich.  She didn’t come to her boutique until that she died in 1971. 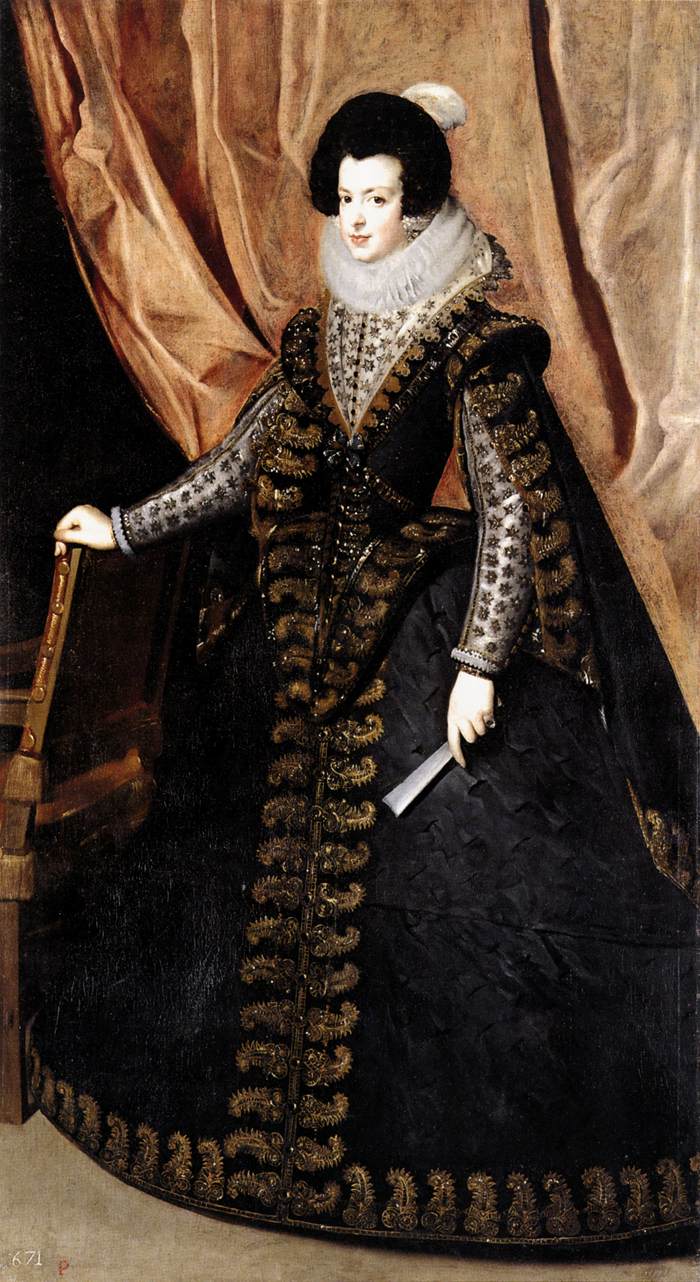 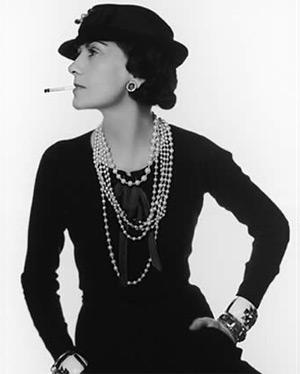 Ingrid Bergman : The Woman of Casablance

If you often enjoy classical movie, do you remember a woman in Casablanca?  Actually, her beautiful figure was far from young Ingrid Bergman.  A girl had grown up hanging around her relative’s house during her adolescence.  This is because her mother died before she was 3 years old, and also her father passed out after 9 years.  She was born at Stockholm in Sweden, and she was very shy because of her youth’s pain.  However, from her school days, the ardent girl showed her talent for acting.  At that time, she wrote, direct a piece and even took a main character of it, by herself.  Finally, in 1933, Ingrid joined the Royal Dramatic Theatre School through a scholarship competition with a help of Uncle Otto.  Her first Hollywood film was a remake of Intermezzo, one of Swedish movie, subtitled A Love Story for the American market.  Ultimately, her heyday began when she was 24 years olds, she leapt into fame thorough her own pure image full of love attracting many Americans.  Although she caused sensational scandal by divorcing her husband and choosing a second marriage with Roberto Rossellini in U.S.A., she returned as Anastasia, the name of a main actress of Anastasia, after a few years and recovered her great fame.

Many people usually describe her as a famous sex symbol.  Her lips always were shining with glamorous red and she was a blue-eyed blonde.  Flapping an white-colored one-piece and putting hands between legs softly, she surely established her own character, as a sex-appealed woman in the 1950s.  At that time, her figure as actress seems to be studded with splendid things through mass media.  However, her real name is Norma Jean Mortensen and her life as Norma Jean needs remembering more.  Actually, she was of illegitimate birth and her mother was in a mental hospital from her youth. Her first memory about her mother is that her mother dropped off Norma Jean to an orphanage.  Since then, she had been raised up by wandering around foster parents’ house and an orphanage.  Even after that, the fail of first marriage made her try suicide, but she tided over such young difficult situation by becoming a photography model and a nude model.  In addition, the motion picture Niagara and Gentlemen Prefer Blonde in 1953 got her to take a position as actress.  Although there are a number of rumors and several stories about her, it was sure that she went through her difficulty spontaneously.

Oprah is representative of pink collar or a career woman.  She is known as a famous queen of a talk show, Oprah Winfrey Show, and also well-known for making a lot of donations for alienated or poor persons, cordially.  First, she was born between unmarried couple, and was raised in one slum of Mississippi.  She was bred by passing through grandmother-mother-father.  When she was 9-years old, she got raped by cousin, and even after that, she suffered from sexual harassment and maltreatment by surroundings including her relative, only because she was colored person.  While her mother was suffering from extreme poverty as cleaner, she was absorbed into only decorating with herself without any care or affection about her child.  When she was 14-years old, she gave a birth to her son not desirable and even the child died after 2 weeks.  Even more, ever since she was discarded by her boy friend, she started taking a drug and hanging out prison.  Before she was committed to her severe father, she spent her youth wandering into deep dark.  But after she was put into her father’s care, she began reading a book at least a week and she decided to be the most intelligent person.  And above all, she didn’t have anger of black-ethnic anger against white on her mind, and she just thought that she should try conclusion through ability.  Ultimately, she tasted all of bitter of life and overcame all of it.  She was chosen one of the world’s 100 most influential people in the world in TIME’s list in a series of 4 years.

Those women challenged against birth and society.  Moreover, those showed better their ability than men’s.  The women didn’t be frustrated and chose to face their destiny.  Finally, those leave their name as a queen, as an actress, as designer and as a celebrity by overcoming many difficulties.  There are several successful women who were unfortunate for a while.  Try to think those women and find lessons from her.  Fruit with sun, without rain or wind can’t bear fruit.  Not only sun, but also rain and wind need to grow ripe.  Isabel, Sarah, Chanel, Bergman, Monroe and Winfrey show through a way beyond doubt. 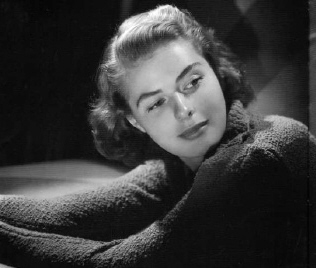 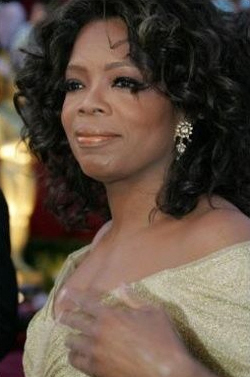 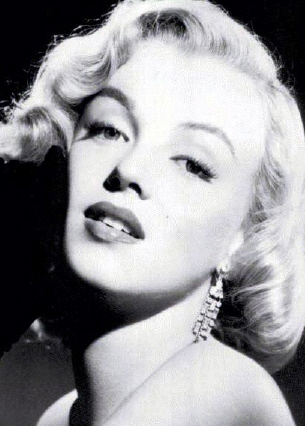