Students Around the World Dream of University Admission
상태바

During the Korean College Scholastic Ability Test (KSAT) period, the tense atmosphere can be felt throughout the whole nation of the Republic of Korea.  In examination halls, lower grade students and teachers cheer for their test-takers.  Also, many parents pray that their children will not make any mistakes on the test.  It is not an exaggeration to say that the day is really important in Korean society. How about other countries' college Scholastic Ability Test (SAT) culture?  The Sookmyung Times met two exchange students from Japan and China to learn about the SAT in their countries. 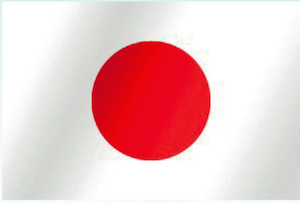 Japan has two kinds of SATs. One is called the Center Test (CT) and it is similar to the KSAT.  The CT is held in January while the other test is taken anywhere from January to March.  The second test differs from university to university, so each university’s use of the CT result differs.  Because of this, Japanese students' examination periods are different.  The national and public universities' ratio of entrance by the CT score along with private testing is 7:3.  However, there are some private universities that make use of CT scores, so in Japan, the CT is considered just another test unlike the KSAT in Korea.  Yuri said, "In Japan, it is not chaotic on the day of the Center Test.  It is an important test, but there are also other important tests, so it's not considered as big as it is in Korea.  It was interesting that on the KSAT day, all subways and buses changed their service times.”  She was also amazed at parents are praying in front of examination halls. Before and after the CT, she claims there is no difference in attitude.  One unique thing is that the CT is held in January, so there are often many students suffering influenza.  If a student has medical certificate excuse due to influenza, they may take the test on a different day.

Japanese eat KitKat, which sounds like 'I'll win' when spoken in Japanese.  Pepero also sounds like 'I can go' and pork cutlet is heard as 'I can win.' Students who failed to enter university may attend a private educational institute and study one additional year more, but it's a kind of self- learning system not instructional like in Korea. 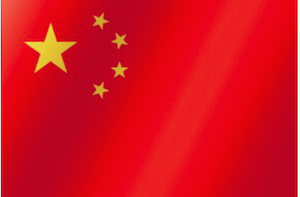 China is so large that each province has its own tests, which are conducted over two days.  The official name of China's college Scholastic Ability Test is 'Gaokao.'  Like Korea, Chinese students are also divided into liberal arts and natural sciences.  They commonly conduct a language and English test. Language and Mathematics test are given on the first day, and the second day is allocated to English and general subjects in the areas of Social Studies and Sciences.  While Korean students are assigned to take the test near their high school, China conducts the tests by region of origin, so the competition is among students in their home areas.  Gaokao falls in June and when the day of the test draws near, it is similar to Korea with a variety of products for students and parents praying for their children because most university admissions are decided by the test, too.  Also, Chinese students eat various kinds of fried flour bread and two eggs.  Two eggs equates to getting a perfect score.  After the test and before university entrance, classmates and teachers gather to talk over good times.  Also, students ride taxis and buses for free when they show their identification slips.  Students who fail to enter university, study on their own for the next year’s test, but one peculiar thing is that, in China, there are classes in schools for SAT repeaters.  Jiang Yuweir said, "These days, there are many disputes about keeping or discarding the test and integration of liberal arts and natural sciences, so the Gaokao system is likely to change in the next two or three years."