How about Go to the Theater This Winter?
상태바

This winter almost gone 2007, many works are preparing to greeting audiences in the theater.  How about go to see a stage this winter with your lovely family members, friends, and lover, finishing this year?  The Sookmyung Times prepares three hot musical and play performances for you.

I LOVE YOU BECAUSE 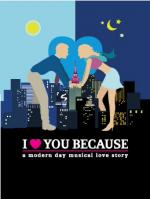 Musical I LOVE YOU BECAUSE will be performed on Doosan Art Center from December
13, 2007 to March 2, 2008.  This musical is loved by audiences and now, stages in West
end following New York.  Its subject is ‘Love is made by understanding each others’
differences, not by perfect things in common.’  Valued as a modern Pride and Prejudice, I
LOVE YOU BECAUSE expresses pride and prejudice which men and women are easy to
make in their love.

The musical which was kept in dead storage with death of Genius musician Jonathan Larson, but recreated by a playwright, David Auburn is musical Tick, Tick… Boom!  This musical will be staged on ArKo Arts Theater from December 7 to 30, 2007.  It’s about poor artist Jonathan’s frustration and hopes who wants to play his own musical on the theater.   This musical gets audiences’ attention not only its music, simple ballad and speedy rock, but also its story because it’s not just musical, but it’s the real life of the audiences. 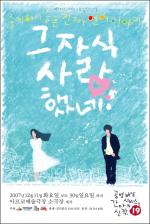 The play, She loved him will be staged on ArKo Arts Theater from December 11 to 30, 2007.  It’s about love and farewell story of Korean teacher, Mi-yeong who falls in love with English teacher, Jung-tae at first sight.  In the play, there are two special things with other plays.  One is the movable black board which can be all the background and things.