Each semester, this SMT reporter starts off her day with a cup of coffee from a café that is typically given in a plastic cup. In the afternoon, she drops by a convenience store to buy lunch, which is also served in plastic or a paper box. One day, this reporter realized how much waste she was creating. Concerned, this reporter decided to live without disposable items for a day even though the challenge seems impossible.

Because of convenience and cleanliness, it is hard to escape usage of disposable in our daily lives such item packaging. However, overuse of disposables was brought to light in 2018. After the plastic crisis of 2018, much change has occurred including the prohibiting of plastic cups in cafés, a topic that was covered in SMT’s Formal Article in the 348th magazine edition. The issue was also featured in the book <Trend Korea 2019> in the section ‘Green Survival’, which pointed out how zero waste has become trendy. Nevertheless, society still uses a lot of disposables in real life, adding to the world’s waste output. For instance, everything continues to be packaged in plastic bags, plastic boxes, or paper boxes at convenience stores. Society depends on disposables in the 21st century. However, some comedians several years ago attempted the challenge of living without waste creation on the TV program ‘Human Condition’ in 2013. Inspired from the program and consciousness about environment, this SMT reporter bravely decided to challenge living without waste for the environment.
Before embarking on the challenge, this SMT reporter wanted to promise to herself and the environment to continue the challenge even after the one-day mission to live without waste. Hence, she joined the Plastic Zero campaign, which is run by Greenpeace. Once the reporter’s name, e-mail address, and phone number were added to the website, the challenge began. First, this reporter read carefully all the tips and advice such as using a tumbler or stained straw on the Greenpeace website. With knowledge acquired, she set off with her tumbler, lunch box, utensils, handkerchief, and eco-bag.

While this reporter really wanted to live a waste free life, she knew it would prove difficult, especially because of the need for toilet paper. Therefore, this reporter modified the challenge by focusing on two tasks. The first task was purchasing her coffee with the use of her tumbler. Since this reporter had never ordered coffee using a tumbler, she was extremely nervous. To complete the first task, this reporter went to Bonsol Café. She requested the coffee be poured into her tumbler. Because the tumbler was small, the reporter’s typical grande size cup of coffee was reduced to a small. This had no effect on the staff at the café, but it was disheartening to the reporter. Just like Bonsol Café, almost every café will pour the ordered drink into a tumbler when requested to do so by the customer. This is not only good for the environment but also good for the café because it can save money on the cost of supplying plastic cups. Some cafés even provide an ‘environment discount’ if customers bring their tumblers. Every café on campus gives an environment discount. Off campus, cafés including Rose Coffee, Milkyway, and some franchise cafés also offer it. Therefore, please check in advance whether you can get an environment discount.
The second task this reporter created was to have lunch without creating waste. This reporter had a craving for topokki and yogurt, so she went to a snack bar and a yogurt café.  She asked the staff to pack the topokki and yogurt in the lunch box she had brought with her. This task made her nervous, even more so than the buying of coffee, because the reporter believed the staff member would feel uncomfortable as it is rare for customers to bring their own lunch boxes. However, the staff working at the snack bar and yogurt café willingly packed the order in the lunch box as requested. Sookmyungians considering doing this should keep in mind that the lunch box they bring with them should be heat resistant so that the food remains warm. While waiting for her order, the reporter reflected on her past behavior, ‘Why had I be so reluctant to bring a lunch box in the past? I created so much unnecessary waste.’ With this recognition, this reporter gladly ate her lunch using the reusable utensils she had prepared.
Besides these two major tasks, this reporter tried the entire day not to create waste since it was a waste zero day for her. There was plenty of temptation to create more waste. For instance, thirsty in the morning, she wanted to boil a cup of tea, but by doing so, she would be adding to waste with the packaging and teabag. Therefore, she just drank water. This reporter reflected on how much waste she created without thinking.  At times it is a necessary evil.  For instance, people cannot go without use of a disposable mask during periods of intense fine dust. On the day when this reporter challenged the mission, this reporter had to take disposable mask just in case of emergency, but she decided to buy a reusable mask instead of disposable one. In the afternoon, she spilt coffee on it by mistake during having a cup of coffee. Luckily, she had a handkerchief with her and could wipe it clean without creating waste. There were more moments when this reporter almost felt the need to create waste, but luckily, she successfully survived her waste zero day.

After returning home that day, this reporter had to wash her tumbler, lunch box, utensils, and handkerchief.  To be honest, it was a bit annoying, from carrying them all day to washing them later at home. Carrying all items throughout the day was also heavy, especially with other essentials and the long commute to school. Moreover, it was hard to pass an entire day without making any packed item purchases such as beverages and snacks. Despite being hard and annoying, this reporter thought that she could do some annoying works if only the environment could get better or not get worse than now.

Where Has Our Tuition Fees Gone? 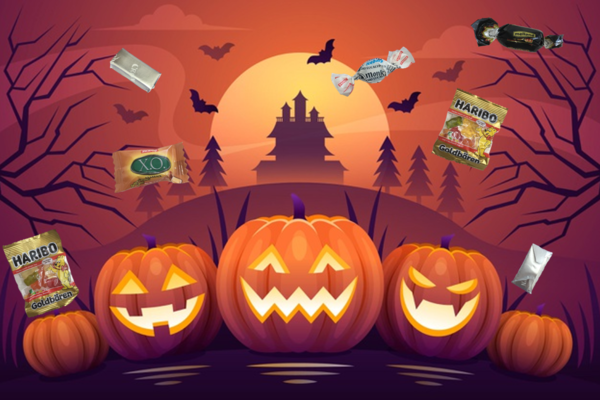