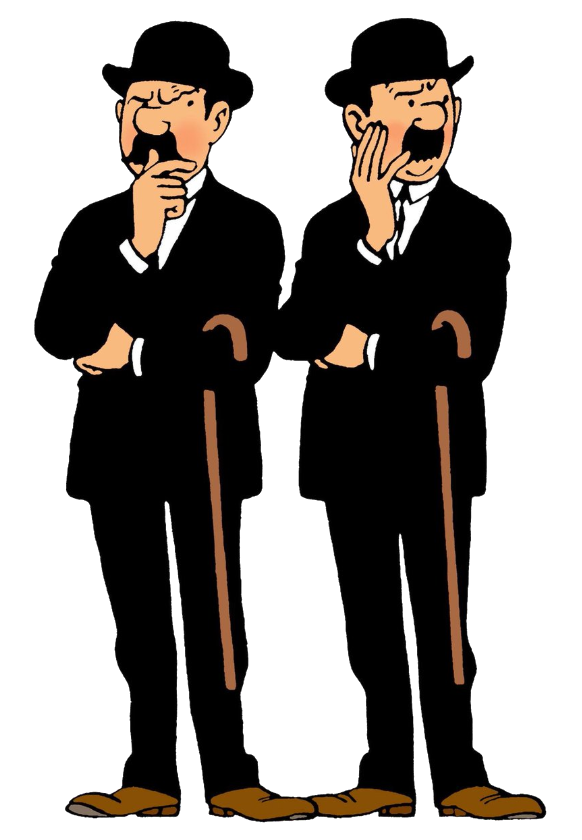 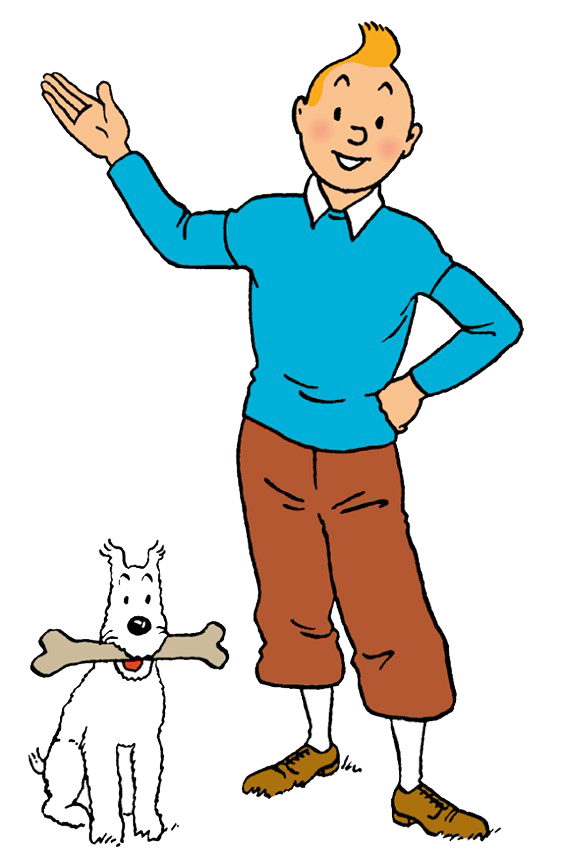 Bonjour, Sookmyungians! I’m Tintin, a news reporter from Belgium. I have had many adventures while traveling around the world. Oh, this is my companion, Snowy. He often helps me with his smart, sensitive sense of smell, but he also likes eating and playing so much that he sometimes causes trouble. The reason we're here is because we want to introduce you to a special person and tell you about our adventures. Let me give you a few hints about our special person. He is not only like a father to me, but he has devoted his entire life to me and loves me much more than I can ever imagine. Do you know who he is? Let's get to know him more.

Georges Prosper Rémi is a cartoonist from Belgium who wrote under the pseudonym Herge. Until his death in 1983, he spent his whole life writing and drawing the cartoon series 『The Adventures of Tintin』. His work had a huge impact on early European comics, and he is often referred to as the father of European comics. 『The Adventures of Tintin』 was first published in 1929 in a children's magazine, where Rémi worked as editor-in-chief. In total, twenty-four books were published, starting with 『Tintin in the Land of the Soviets』 and ending with 『Tintin and the Picaros』 in 1976. Rémi’s books are regarded as classical examples of family-cultured comics, and they inspired many celebrities such as George and Andy Warhol.
This exhibition was prepared by the Moulinsart Foundation. It will run for one year and displays about 477 different pieces, from reproductions to original drawings, paintings, videos and photographs about Tintin from the early years to the present. Hangaram Art Museum at the Seoul Arts Center is located in Seocho-gu, so the fastest way from Sookmyung Women’s University is to take a subway train from Sookmyung Women’s University Station, Line 4, and then transfer to Line 2 at Sadang Station. You should ride Line 2 until Bangbae Station, and then from there take Seocho Bus 17 at Bangbae Station exit 1, which will take you directly to Seoul Arts Center.

The exhibition begins with an introduction to Herge, the cartoonist. On the wall are countless interview passages and utterances, which make visitors feel his humanity and greatness as a cartoonist. Unlike other exhibitions that follow the artist’s life in chronological order, from childhood to death, this exhibition starts with Herge’s death. It gives the exhibition a freshness and wit by starting with something so sorrowful. The exhibition provides visitors with the chance to see firsthand how cartoons come to life. Throughout the exhibition are displayed images of cartoons in the creation process, from original drawings to the printed cartoon strips. To the right of the exhibition space, on the wall, are colorful book covers of 『The Adventures of Tintin』 published in various languages from all over the world. This SMT reporter looked carefully through the covers in an attempt to find the Korean book cover. Carefully examining his work, visitors will notice his signature drawing style. It's the ‘Clear Line’. Herge did not make much use of shadowing or light intensity; instead, he used one clean black contour line systematically. Furthermore, in his favorite book, 『Tintin in Tibet』, the writer's intent and message are captured through color. By painting the top of the mountain white, he expresses the challenge of taking risks and reminds readers constantly of the clean and pure spirit of the main character. After learning about his drawing style and color meanings, visitors and readers of his work will better understand his cartoons. Herge was not only a cartoonist who created adventure stories. He also created satirical cartoons and posters. His other works are also on display at the exhibition and leave visitors with a feeling of the artist’s genius. The exhibition ends with a timeline of his life and characters from his books displayed along the wall.

At the exhibition, most of the work on the walls are clearly identified and explained, but for those who wish to learn more, visitors may borrow an audio guide from the ticket booth after paying the rental fee of 3,000 won. Docents offer tours each day at 1 p.m, 3 p.m, and 5 p.m, and from them, visitors can gain more insight into the background of each work. The large hall contains the third exhibition room, and it’s a place where visitors can relax while watching a Tintin animation, so this reporter hopes you take advantage of the time to rest.

The main exhibition hall had so much of Rémi’s work that it could be overwhelming for anyone planning a short visit. With plenty of time, this reporter was able to completely enjoy each piece. The exhibition’s atmosphere and environment contrasted wonderfully with the lively work at the exhibition; however, the exhibition was great because people could get to know Herge and Tintin.