What Can I Do for You? – Concierge
상태바

Miss. Snowflake went on a business trip to for one week.  However, she couldn’t speak Korean; moreover, she had no information about .  On the first day of the business trip, she didn’t know how to get to ‘the Seoul Arts Center ’ from her hotel.  Then a gentleman who wore a golden key badge approached her and guided her to that place kindly.  Furthermore, he directed her to famous restaurants nearby and even made reservations for her.  After she went back to the hotel, she could enjoy a luxury spa and beauty service because of his sensible care.  During her business trip, she said that she was very grateful to ‘Mr. Golden Key Man.'

These days, people are busier than ever.  People need someone to solve their problems and also want to get more information than other people.  For this busy person, there is a special manager named ‘concierge.’  A concierge, also known as GRO (Guest Relation Officer), serves their hotel’s guests and settles to customers’ personal and special needs.  As seen in the above-mentioned story, a hotel concierge who has a golden key badge, whether a man or a woman, symbolizes a veteran of the hotel.  Did you know that the concierge hides many fascinating stories?  Let me introduce some of these tale.

Long Time Ago, Concierge Was the Keeper of the Candles

Where did the concierge come from?  The multilingual, web-based, free content encyclopedia, Wikipedia explains that the term “concierge” evolved from the French Comte Des Cierges, the Keeper of the candles, who tended to visiting nobles in castles of the medieval era.  In 19th century and early 20th century apartment buildings, particularly in Paris, the concierge, often a middle-aged woman, had a small apartment on the ground floor and was able to monitor all comings and goings.

However, such settings are now extremely rare; most concierges in small or mid-sized buildings have been replaced by the part-time services of door-staff.  These are less costly and less intrusive.  Some larger apartment buildings or groups of buildings retain the use of a concierge.  The concierge may, for instance, keep the mail of absented dwellers; be entrusted with the keys of apartments in cases of emergencies in the absence of the inhabitant; and perform other tasks.  (http://en.wikipedia.org/wiki/Concierge)

Nowadays this doorkeeper has changed into a personal manager for his or her guest, and there are numerous independently-owned and operated concierge companies. 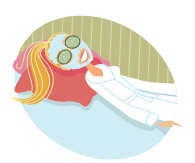 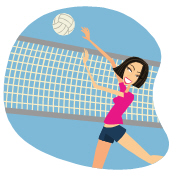 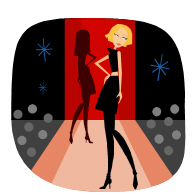 Everything Is Possible for the Concierge

Hotel concierges perform many tasks for their customers beyond what is generally thought.  Their working motto is  ‘Serve the customer as best as I can’.  Their services include making restaurant reservations, researching travel arrangements, procuring tickets to special events and more.  They may even occasionally become a stylist for the guest, help them with shopping, go to the hair salon and give advice on their hairstyle.  Sometimes they make connection lists for foreign businessmen who want to develop more connections in .  Park In-seon, the concierge at the Grand InterContinental Hotel in Seoul , said that “A concierge of course has to master many foreign languages, and form friendships with the managers of luxury shops.  Even while I toured Cheonggyecheon, I developed a new tour course on my own.”

Concierge companies also do everything for their customers, no less than in a hotel.  One of the most famous concierge companies in the , LesConcierges Inc. makes it happen as long as the request is legal, ethical, and well-intentioned.   A concierge company can provide more services than a hotel concierge, because its extent of service is very wide, starting from the home to the travel destination.  If their customer goes out, the concierge cleans their house, washes the car, attends to banking services, and acts as a nanny.  Sometimes the concierge buys children’s gifts, assists with estate planning and gives the customer information about tourist sites.   Even when the customer stays home, the concierge may inform them about stock quotes, movie times, sports scores and so on.  In this way, a concierge provides to customers with not only services but also knowledge, information, and professional and personal assistance.

The response to this concierge service is generally very positive.  One customer who used the services of LesConcierges Inc. said “Thanks so much.  The contractor has already contacted me and we have scheduled the plumbing repairs that I need in my home to occur this Friday afternoon.  Your service was excellent.” (http://www.lesconcierges.com/Concierge/index.html)

Now, Let Me Introduce Some Information about Concierges

Q2. In the case of a hotel concierge, how does he or she get information?
A2. We read newspapers, magazines and internet information in detail every day.  Concierges often go to popular restaurants and estimate their food.  We repeat this action regularly and make special lists about restaurants, sightseeing destinations and so on.  Service and toilets are especially important check points.  Sometimes if a customer wants to know how to get to these places, we draw a map.

Q3. If customers require embarrassing or illegal services, how do you cope?
A3. Even if customers ask for some troublesome services, we never say ‘No.'  In extremely few cases, there have been some guests who request call girls or the location of decadent entertainment establishments.  In that case, we say in a roundabout way that ‘In Korea, sex trade is an illegal action’ or, ‘this requirement may cause a serious problem.’