Ji-Yong is an emo kid.  His favorite singer is Avril Lavigne who is one of the most popular rock singers from Canada.  When he became interested in her music, his lifestyle started to change a lot.  Firstly, his fashion: he painted his nails black, and got a piercing near his left eyebrow.  Not only that, but it becomes his everyday habit to wear a shirt painted with skulls, black skin-tight jeans, and white Converse shoes. He made his own ‘minihompi’ in Cyworld and started to upload photos, diarize his gloomy feelings, and meet emo kid friends there.

Have you ever heard the following words: Bobo, Hippie, Dink, and Downshift?  These are all examples of social group names which were born in the 21st century.  Each of them indicates people who have specific individuality when compared with ordinary people.  The emo generation is one of the most influential of these special groups, and their culture is introduced below.

“The history of emo is somewhat less ambiguous than its current meaning.  Actually it has its root in ‘emo’ music which developed out of the D.C. punk scene in the 1980s.  In its original incarnation, emo was short for emocore, or emotional-hardcore.  The name was applied to hardcore punk rock bands who distinguished themselves from their peers by adding an emotional component to their music, dealing with sadness and love and angst in their lyrics.  The music was also characterized by particularly dramatic vocals which, at best, left the audience in an emotionally charged state, crying or screaming.

Lately, labeling someone as ‘emo’ is something of a put-down, a stand-in for ‘overly emotional’ or ‘melodramatic.’  The implication is that they are excessively moody and angst, prone to crying and plagued by a love of bad poetry.  But for those who call themselves emo, the term means something more pure.  At its core, emo is all about being upfront with your emotions.  Or, as one ‘expert’ defined it, ‘emo is like being Goth, but much less dark, much more Harry Potter.’  (“Label it. Emo” gURL. iVillage Inc.)

More than a Fashion, a Way of Life

Greasy Dyed Black Hair
I haven’t washed my hair for about four days.  Long bangs cover my eye  and  one side  of  my face.  You can see my sadness.  Moreover, smoky makeup is necessary as it symbolizes my bruised ego.

Brain
I am the saddest person in the world.  I enjoy gloomy feelings and sometimes torture myself.  I never pretend to be happy.  I am happy when I feel sadness. 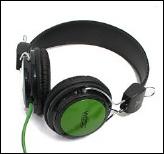 Ears
Rock bands such as My Chemical Romance and Panic at the Disco do not sing about important social issues.  They just sing songs about our personal stories and feelings. 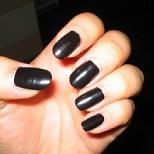 Hands
Black nail polish is emo kids’ color.  Do you think it is scary?  But I think it can be a way to express my emotion.  Showing what I feel is my pleasure.

Heart
I am a third sex.  In my body, no-sex blood flows.  Boys that look like girls and girls that look like boys, all of them become friends.  Homosexual love and coming out, these are actions true to emotion. 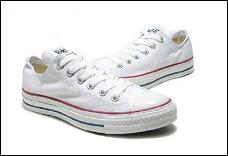 T-Shirt
There are prints which reflect my mood condition.  Most are ‘Sad,’ ‘Blue’ and something like that but sometimes, I wear t-shirt printed words like ‘Peace.’ 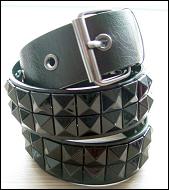 Belt
I got gold and silver one.  Here and there, keen and sharp arms are attached which are like gimlet.  It is because seem to be strong and get cold-hearted as much as I can. 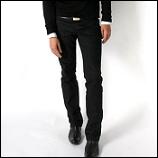 Pants
Do you know ‘Skin tight jeans?’  It is the biggest icon that emo kids spread.  We need to show our thin and long legs which have a weak image until we can induce protective instinct.

How emo are you? Stop crying and find out.

1. Your boyfriend just broke up with you. What are you going to do?
a. Find another boy
b. Weep
c. Write a song about it

4. Look in the mirror now. How is your hair?
a. Dyed black
b. Full of product
c. Impairing my vision

5. How often do you change your Cyworld picture?
a. Ten times a day
b. Every day
c. Not so often

6. I save money by doing this.
a. Cutting my own hair
b. Shopping at thrift stores
c. Never spending more than $15 on a concert

Mostly A's
You are just barely emo.  Stop being such a poser.

Mostly B's
You are decidedly emo.  You still know the importance of a good cry.

Mostly C's
You are the most emo person in the room where you are.
( Adapted from “What is emo?” By Bonnie Stiernberg, March 13, 2007. The Daily illini.)

The Emo, Positive Thinking about them

Jung Jin-taeck (20) who is a university student and is interested in fashion said, “I think they can express themselves in that way because they have ‘courage.’  Actually, it’s so hard to wear those kinds of things since people look at you strangely if you wear black unique clothes, have long, jet black hair that's straightened down to cover the face and do your face with smoky makeup.  However, if someone wants to express their emotion with fashion, there is no problem because it doesn’t include any ideology like New Nazism.  If you purely love emo music, and want to express your individuality, it’s not a big deal, I think.”

As he said, emo kids do not make any problems; they are just creating their own trend as a new culture.  A cultural critic, Kim Hun-sik said, “It’s true that our society has ignored the individuals’ minute expression of emotion until now.  However, we need to change our point of view to see them, emo kids, not as antisocial which is kind of negative, but as positive because their culture can be helpful to developing our culture when they meet popular cultural contents such as music, movies, and literature.”  (Article “There is no happiness: ‘Emo Generation,’ the new humankind in the 21st century” from Donga Ilbo, March 14, 2008)  While we give them their due, they play a cultural role which helps develop our culture.  We are encouraged to have an open mind to include everyone and understand emo kids.