What Planet Are You From?
상태바

Man and woman have lived together for long time.  Firstly they are husband and wife, sometimes they are friends, and sometimes they are enemies.  Although they have got along for a long time, they have never understood each other.  They argue their existence, and are studying the other sex constantly.  Why can’t they understand each other?  There are many points of misunderstanding between them around the world, but now we are starting to discover scientific reasons for these differences. Let’s look at the mystical world of men’s and women’s brains.

She Always Says, “Ok, I’ll Talk to you Again Later.”

One of men’s most curious points is this: “When women meet each other, they chat all day.  Even when they separate and go home, they talk to each other on the phone; moreover, when they hang up they say, ‘Ok, I’ll talk to you later again.’ I can’t understand this situation.”

You may know that research has shown that women’s language ability is superior to men’s.  For example, women say about 6,000 ~ 8,000 words in a day, but men say only about 2,000 ~ 4,000 words in a day.  But women’s superior language ability is not the only reason why women always chat.  There are differences in the operation of men’s and women’s brains. Men have problem solving-oriented brains.  Their brain is constructed to indicate some solution constantly.  Most of them start to speak only when they want to notify others of some fact, data, or solution.  On the other hand, women start to speak whey they want to enhance their connectedness with other people.  In other words, chatting is a social activity for women.  The majority of men have complained about a woman saying that an ugly girl looks cute.  There is also reason in that.

Another interesting point is that women use indirect narration but men use direct narration.  Most women include speech habits such as ‘as it were’, ‘in a word’, and ‘it is said that~’.  But most men prefer direct words like ‘never’, ‘definitely’, and ‘certainly.’  This also arises from the difference between men’s and women’s brains.  Men want to get some solution through talking; women want to get sympathy about their problem through talking.

When you were a high school student, especially if you were in a co-educational school, maybe you noticed that boys get better scores than girls in P.E. (Physical Education) class or Math class.  People explain that this is because men have superior space perception ability than women.  Following directions or finding buildings are areas which also demonstrate this ability. 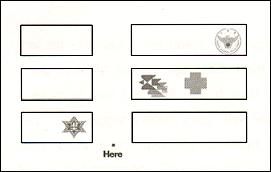 Let's look at this map. In the situation of being asked “How can I get the post office?” the majority of men answered “Cross two blocks and turn right.”  But the majority of women answered “It is near a hospital.” Or “It is located on the right of the hospital.”  Why are their answers so different?  The reason is that when men or women remember the location of something, men remember the directions but women remember the signs.  Because of this habit of men, men can usually find their destinations better than women.  There are two reasons for this, and one is derived from the theory of evolution. A long time ago, the main responsibility for men was hunting wild animals.  During the hunt, they had to focus on their object in the horizontal plane, so the part of men’s brains that control space perception has been developed for a long time, resulting in their superior ability in this area. The other reason is a physical difference.  According to research, a lot of iron is stored in men’s testicles, so men know north, south, east and west instinctively.

When a couple starts dating, they usually first eat lunch or dinner together.  They order their food, and eat.  While eating their meal, most women start to talk to men about their daily life; ‘I usually eat lunch with my friend at an Italian restaurant, and then we eat dessert at the ice cream shop.  My friend, she talks to me about her new boyfriend’s looks.  I think that he is uglier than she said….’ But the man doesn’t listen to her; he only concentrates on eating his food.  She is disappointed by his reaction, which often leads to an argument: “Why don’t you listen to me?!”

Why can’t men eat lunch and listen to their partner talking?  Because men have ‘singular tracks’ in their heads.  It is related with a part of the brain called corpus callosum.  You know that our brains have two sides; the left side and the right side.  The role of the bridge between the left and right side is played by the corpus callosum. According to a study, a man’s corpus callosum is about 10% thinner than a woman’s and only performs to about 70% of a woman’s ability.  For this reason, men can’t perform many tasks at once.  In plain English, there are many rooms which have no doors in his head.  When he has to perform a task, he goes to one room related that work.  Then he doesn’t leave that room until he finishes the work.  Due to this male characteristic, most experts in various specialized fields tend to be men.  They study only one part of the whole. 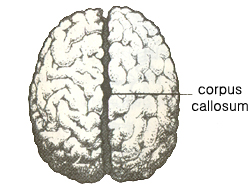 If men have singular tracks, women have ‘multi tracks.’  Women have thicker corpus callosum than men, and so can perform “multi-tasking” well.  They can clean the room, care for their baby, and talk over the telephone at the same time.  Because of this smart corpus callosum, about 96% of secretaries are women.

How to Make a Good Relationship between Men and Women

As you can see, there are many points of difference between men and women.  If you are a sensible person, maybe you have already realized that most of their problems stem from ‘language.’  Most of them don’t understand their scientific differences, and always act on the instinct of their brain.  The best way to make a good relationship between men and women is to understand the other sex well.  Let’s make a supposition.  You want to talk with your boyfriend about your problem.  If you want to make an effective appeal about your complication, don’t start with “Is this something wrong?”  If you say this, maybe he won’t understand your real meaning, and instead thinks you are saying, “There is something wrong with you.”  Instead, say “We have a problem, and I want to remove it.”  Also if he looks like he doesn’t care about what you are saying, don’t have any prejudice.  He is listening to what you say; he just doesn’t react as a woman would.  Because men have singular tracks, if you want to talk with him, say “Oh, I heard something funny today.”  Then he will concentrate on only one thing, your talking.

Maybe there are other problems in men and women’s relationships, which come down to biological differences.  However, the certainty is that they will always be one another’s friend, consultant, and lover.  Men and women may be equal, but they are certainly different.  If we accept that, then men and women will have good relationships for eternity.