If you are interested in American dramas, you have probably seen the “CSI” series at least once.  Then do you know who translated all the CSI series and wrote the dubbing script?  Lee Yong-Ja, a film translator, is the person who translated them.  The Sookmyung Times (SMT) met her and listened to her story about being a film translator. 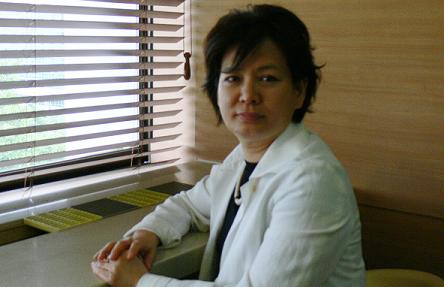 SMT:  What are you doing as a film translator?
Lee: If you have heard what a film translator is, you will probably think of a movie theater; like when you go to the theater and see a Hollywood movie, there are always Korean subtitles which let people know what’s going on onscreen.  That’s kind of what I do.  But I’m not working for a movie theater; I’m working for nationwide TV networks like MBC, SBS and KBS.  If you watch television on the weekend there are always movies like the ‘Saturday notable film’ or, now, several American dramas.  They are really gaining popularity among Korean viewers, especially the young generation.  That’s what I’m doing now.  Since 1994 or 1995, I started translating ‘CSI’, the drama released by CBS in America through MBC.  Then I continued working on that program up to now which means that I have covered……How many seasons?  Up until CSI season 7?  I’ve also worked on its spin-off programs.  You know what ‘spin-off’ means?  For example, ‘CSI Miami’, which went up to season 5 and ‘CSI New York’, which has had 2 seasons.  So if I’m lucky enough, I may continue translating CSI for a couple more years, I’m not sure.  It depends on the network producer, if they like me.  But if they don’t like me and my work, I may just get kicked out, because I’m a freelancer.  I’m also working on some of the movies on KBS. I just finished some KBS premier which was directed by a female director. I made scripts for dubbing purposes.  In most cases, I write the dubbing script.  Dubbing means that you have to lip synchronize the actors in a movie, their movement of the lips and actions.  That’s what I do.

SMT: Why did you become a film translator?
Lee: I didn’t really intend to become a film translator.  After I graduated from Sookmyung Women’s University, I worked as a bank employee in the Asian division of the Bank of America for 15 years.  Then, after working for 15 years I got kind of tired of all the numbers, statistics and analysis.  At that time, I was married and my son was about to enter elementary school, so I thought it was about time to go back to being a regular house wife and take care of my kids and also be a good mother.  But just a couple of months later, after I quit Bank of America, one of my friends who had been working in a broadcasting company came to me since I was very good at English, and introduced me to a dubbing producer at KBS. He gave me some movies for testing purposes and he was quite satisfied with my work and that was 1993, I think.  Since then I have worked on and on and now I live as a film translator.  If I really come to think about it, I always liked to write.  In my high school days, I won several awards in essay contests.  Even when I worked in the bank I was a kind of editor inside the office.  And also I love to read a lot of books, so maybe these became my fundamental reasons for being a translator or maybe it was like nutrition to be a translator.

SMT: What is the hardest thing when you translate?
Lee: In most jobs, you have to work with people.  You have to share ideas and be cooperative and get good things out of your colleagues surrounding you.  But as a translator, especially for movies, you always work alone, especially in darkness.  All you have to do is just watch the screen or watch people.  Well, movies also reflect our daily life, but when you translate, you have to sit on a chair all day long, only watching the screen and the people and pressing the keyboard.  It is a very lonely kind of job.  But in other aspects, as I said, movies show all human things like daily life and sadness, happiness, everything we encounter in our lives.

SMT: What makes you feel proud as a translator?
Lee: Translation is a job in which you interpret the meaning of the source text which is English into the target text which is Korean, so it’s like a bridge.  Or sometimes we call it ‘mating’; mating one language to the other language, but it should be beautiful and equivalent to each other.  Also, language, the word itself, is also culture.  If you say something, it contains everything; your culture, history, tradition and background, so you have to find out the most equivalent word to our local text, which means the target text.  But finding the equivalent word can be difficult.  For example, if there is a sandwich in a movie, now all Korean people know what a sandwich is, but think about the 1960s.  If there was a sandwich at that time, no one would know what a sandwich was.  So I have to find some very equivalent word for a sandwich.  We can’t say bread with ham because nobody knew what ham was.  I have to use words like pancake or pizza.  Maybe some translator in the 1960s translated “sandwich” as “mung-bean pancake”.  But pizza and mung-bean pancake are really different, and they are not the same food.

SMT: What is your most memorable work?
Lee: Maybe ‘CSI’ is my most memorable work because I have worked on it for a long time.  And also “Amadeus” was remarkable.  It was my second or third job.  It was a movie released in 1984.  The movie’s story, especially the mental conflict of Salieri to get the better of Mozart, was very great; Salieri made Mozart die by asking for a requiem, since he was jealous of Mozart’s talented musical ability.  In addition, the voice actor for Mozart did very well with the laughing sound!

SMT: How can you translate well? And what’s the main difference between Korean and English?
Lee: A translator should be articulate.  They have to watch every single moment of the movie.  In English, words like ‘well, you know, let’s say’, these have no meaning.  You have to find the proper words to go well with the other sentences.  It’s impossible to translate every ‘well’ and ‘you know’ into Korean.  Also, English doesn’t have terms of respect like Korean.  In Korean society, relationships are very vertical and all relationships are very important.  Maybe that is because of our cultural background.  For example, in English, ‘sister’ means blood sister.  However in Korean, we have younger sister, older sister and sometimes even on campus you call your senior your sister.  In most of western society, the relationship is horizontal, you and I, that’s it.  When I translate a movie, I have to search for information about the relationships between characters or know by understanding the situation.  Also in English, every sentence has a subject; however, Korean does not.  Korean has a verb, but no obvious subject, so when I translate to Korean and add a subject, it is very awkward.  Korean and English have different colloquial patterns, which I have to differentiate when I work.  In terms of dialect, it is impossible to translate to Korean something like the dialect of Oklahoma or an African-American.  So these things are up to the voice actor.  They act according to the character’s background.  This is the process of translation; preview  searching for background information  translating  writing synopsis, casts, characteristics for advertising  arrangement (lip synchronization).  Before translating a movie, the translator has a preview, in which they watch the movie from beginning to end and define the characters.  Gender, age, educational background, where he or she came from, the relationships with other characters—these all count for defining characters.

SMT: Can you deliver any advice to Sookmyungians who want to be translators?
Lee: New words appear on a daily basis, such as words connected with anatomy.  There are many new words that I don’t know.  Every year I fill one notebook with new words.  To become a film translator, I recommend this method.  Prepare your favorite books; one is the original text and the other is the book in translation, and read and compare every single word in both books carefully.  You can learn a lot from doing this.  In addition, studying Korean is more important than English because the target text is Korean.  A translator has to have the ability to use the target text appropriately, so you have to read Korean books and newspapers.   Especially, you can learn technical terms by reading business magazines.