A problem about children of mixed race continues. Recently, in the Philippines, there are many children left without their fathers. They are called Kopino. The term of ‘Kopino,’ used in the Philippines, refers to children who are born between a Korean man and a Filipina (Philippine woman).

Kopino, Who Are They?

The ‘Kopino’, Yu, Sai Kenzo doesn’t know who his father is. His mother is also very busy because she makes money for a living. Yu’s mother was an ordinary student working at a golf course She met a Korean in golf school and after she became pregnant, he went back to Korea. Yu’s mother had hatred for her Korean boyfriend. Yu also showed hatred to his father through beating his father’s picture with his fist. Yu said, “When I go out to a department store, people whisper about me and look at me strangely, so I really hate such looks, and Koreans are not likely to be friendly to people of mixed race.” Today, the Korea wave is spread from the East, Southeast Asia to Africa, and Egypt. In this atmosphere, an opportunity that promoters of the Korean wave are hoping will prolong the love affair with the rest of the region, but in the Philippines some say ‘A Korean father is so bad.’ Concerning Kopino’s social problem, the director of Asia Studies said that it could not only exert bad influence to affirmative relationships with the Philippines but also loss of Korea’s good national image. In addition, the whole world is trying to eliminate discrimination and improve the world’s welfare. Now, the Sookmyung Times (SMT) will report on the ‘Kopino.’

The Reality of Kopino 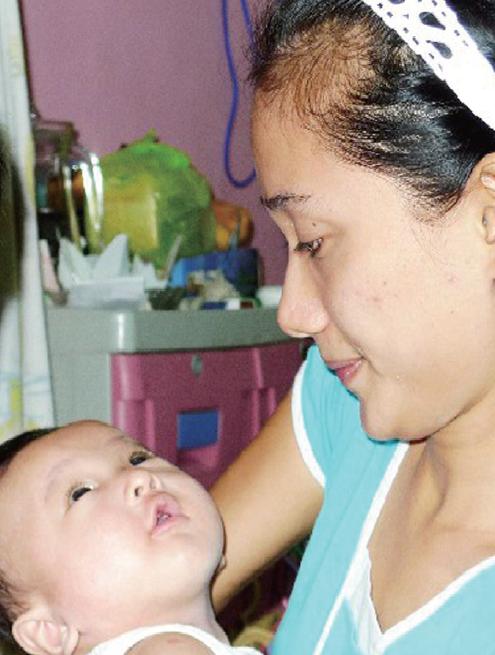 According to the research by a Korean residence group in the Philippines, the number of Kopinos increased to 10,000, from only 1,000 five years ago. Quezon City in Manila, where many Koreans live, has 1,500 Kopinos. How are there so many secondgeneration Koreans who have Korean fathers and Asian mothers? The first reason is that the number of Koreans who visit the Philippines is increasing. They go to the Philippines studying English and sightseeing. A tourism company representative said in an interview with Chosun-Ilbo “The tickets of airplanes to the Philippines on Thursday and Friday are nearly booked up. Recently, most people are likely to visit the Philippines because of the political and economic instability of Thailand.” According to the Philippine Tourist Authority, the number of Koreans coming to the Philippines is growing rapidly. In 1997, 170,000 visited the Philippines but by 2007 Korean visitors had increased to 650,000, a nearly fourfold increase. The Philippine government encourages golf tourism and English study programs. Also, many people who visit the country to play golf or study language in the day wander at night in one of the many low-priced red-light districts at night. Second, as the Philippines has a long history of colonization by Spain, America, and Japan, people have no aversion about
marriage to a foreigner, rather they consider marriage to a foreigner to overcome poverty and upturn in social position. Finally, since 83% of Filipinos are Catholic, they don’t allow abortion. If a Filipina conceives a baby whose father is Korean who visited only a short while, she will most likely give birth. This cultural custom also influences the rate of increasing Kopinos.

What Is the Problem of Kopino? 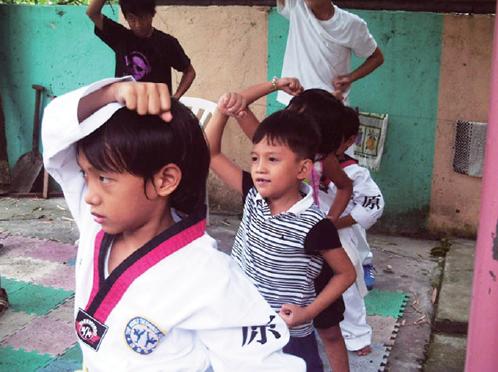 Korean men enjoy the life of the Philippines with women but if the woman becomes pregnant they leave to Korea and shirk their responsibility. As a result, the Filipina becomes an unmarried mother and the child becomes a ‘fatherless child.’ The great part of women placed this situation work in the entertainment establishment. When the mother goes to work, the child is left alone at home or on the street due to lack of centers to take care of the children. Hae-jin and Sun-ryung know their father was dead and they live in the Philippines apart from their mother  Since their mother has to earn, the mother lives in Korea, so they miss their mother and have trouble in living for themselves. Originally, the two sisters lived in Korea, but Hea-jin adapted felt the education of feeble mind child by herself. She said “I am
Filipino, not Korean.” In the Philippines, Kopino children go around without aim on the street, not having meals. The environment around them is serious in terms of welfare and cleanliness, and nobody looks after them. Not only that, Kopinos don’t have chance to learn because they don’t have a father. According to Filipino law, if the children don’t have a father, they don’t have their name entered in the family register and cannot enter elementary school. As an alternative, some mothers enrolled their children as a brother or sister illegally. Furthermore,
Kopino’s nationality is Philippine but the surroundings don’t acknowledge them as Filipinos and they get discriminated against in hiring. From their youth, they become a laughingstock from their play fellow in daily life.
Last year, Yomiuri Japanese newspaper broadcast about Kopinos. It explained phenomenon of increasing Kopinos negatively. It was held in derision of Korean men. This report abroad is a loss of national image and confidence. In addition, in the Philippines, the image of Korea is depreciating. The phenomenon that Korean men deserted their child in other countries doesn’t happen on only the Philippines. This problem has spread in Indonesia, Thailand, and Vietnam. Moreover, deserted children who don’t have fathers is not only a Korean problem. Japanese also commit similar behavior is the term ‘Japino.’ For the last 16 years, men who had tourism of prostitution in Japan have increased. In the Philippines, the number of Japinos who live in poverty is one million. They live by forming groups in Japan without any government’s support. A representative in a foundation of Kopinos said “This problem is connected between Korea and the Philippines so both governments try to solve the problem. We need a nurture center in the Philippines to take care of them while their mother goes out to work and a system which teaches Korean culture and history to Kopinos in order to raise identity regarding their fathers’
nation.”

The Choice of My Clothes

A World Mired in Illusions