Amusing Your Ears and Mouth
상태바 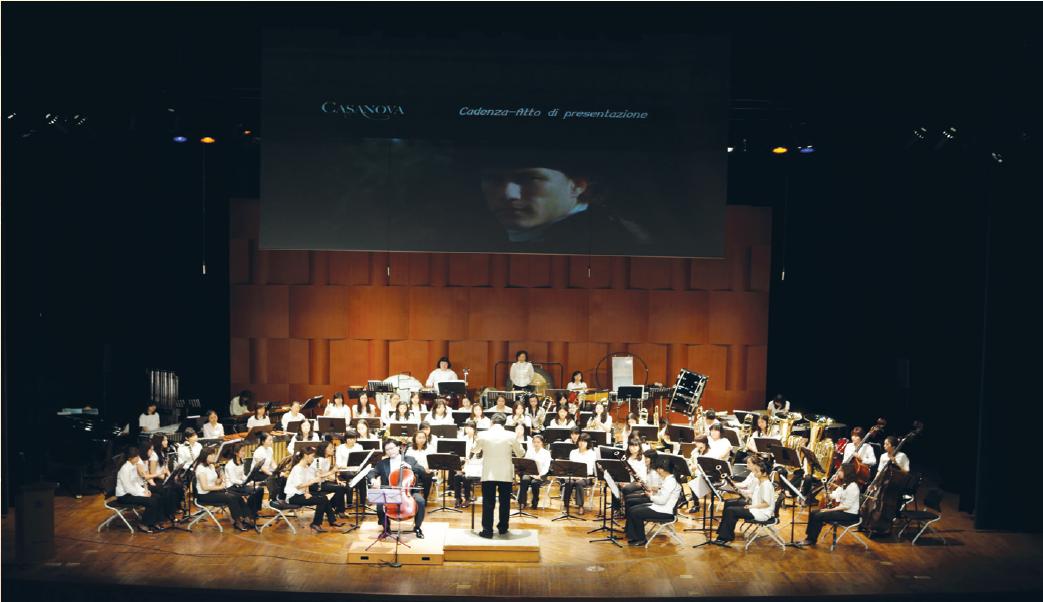 If you think of an orchestra, what feelings shoot across your mind?  In my case, I have usually felt bored to hear a symphony orchestra and I have had a fixed idea that an orchestra plays only classic music.  However, after I attended a Sookmyung Brunch Concert, which was held in theater S in Renaissance Plaza, Sookmyung Art Center, on October 6, I could not help marveling that the orchestra also could make audiences get in to the rhythm.  Not only that, I enjoyed listening to symphonies played by Sookmyung Wind Orchestra with a delicious brunch.  Now, I can hear what you are saying, “I need more information about Sookmyung Brunch Concert!”

The theme of EpisodeⅠwas ‘The Dancing of Casanova.’  Corresponding to the theme, Sookmyung Wind Orchestra, with cellist Hee Chul Chai, who is a professor in College of Music in Sookmyung Women’s University (SMU), played Latin music under the baton of Un Seong Kim, who is also a professor in College of Music in SMU, in the first part.  The concert was divided into two parts.  In the first part, ‘Music for a Ceremony’ and ‘Casanova’ were played.  And ‘Romanian Dance,’ ‘African Symphony,’ ‘Latin medley,’ ‘Sing. Sing. Sing.’ and ‘El Cumbanchero’ were performed in the second part.  Before the performance started, President Young Sil Han introduced what music was going to be performed and what the music was about.  In addition, pictures corresponding to the story of music were on the screen so that audiences could appreciate the pictures with orchestra music.  With a commentator, hearing orchestra music is not just music anymore.  Every note of music composes a complete beautiful story.  The piece that I liked the most was ‘Romanian Dance.’  It expresses well the delightful atmosphere of Romanians’ festival, and Sookmyung Wind Orchestra made audiences have an illusion that they were in a real festival by clapping hands and making cheers. 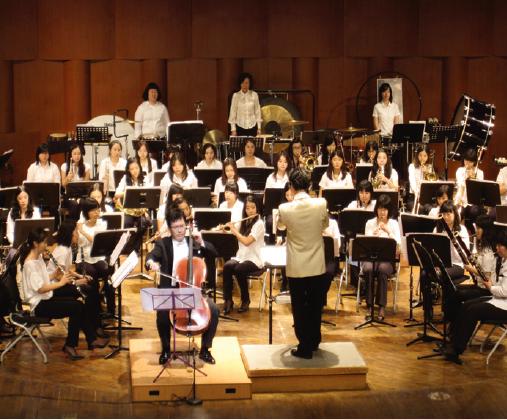 After music amuses your mind and ears, it is time to give pleasure to your mouth.  The title, Sookmyung Brunch Concert, means the orchestra music is performed at hours between morning and noon, so audiences can have brunch, a sandwich and juice, offered for free.  But be warned, a delicious brunch is given after the concert.  Thus, feast your ears at first and then take a sandwich later.  The thing that cannot be dropped out in the concert is a shouting encore. If you are attracted to the tuneful music, do not hesitate to encore the orchestra.  In Episode Ⅰ, Sookmyung Wind Orchestra played music from the musical, Mamma Mia, for an encore.  Because most of the audience knew the songs from Mamma Mia, they got into the rhythm by clapping their hands.

You missed Episode Ⅰ of Sookmyung Brunch Concert on October 6? Don’t worry.  There are Episode Ⅱ and Episode Ⅲ you can enjoy in November and December.  On November 3, Episode Ⅱ of Sookmyung Brunch Concert played by Sookmyung Armonia will be held in Theater S in Renaissance Plaza, Sookmyung Art Center.  The theme of this concert is ‘A scent of autumn’ and the conductor is Hee Chul Chai.  Announcer Keum Hee Lee, an alumna of SMU, is going to comment on Episode Ⅱ.  The last Sookmyung Brunch Concert, Episode Ⅲ, is going to be held on December 15 in Hill State Gallery.  With conductor Professor Kyoung Hee Kim, who is a professor in College of Music in SMU, and a commentator Ik Sun Lee, who is an announcer and an alumna of SMU, the Sookmyung Philharmonic Orchestra is going to play excellent pieces of music for celebrating the New Year, 2010.  Sookmyungians in school and faculty can have 30 percent discount on tickets.  So the minimum ticket price for Sookmyungians is 14,000 won.  It is a good chance to fill your mind with grand symphonies and satisfy your appetite with tasty brunch. 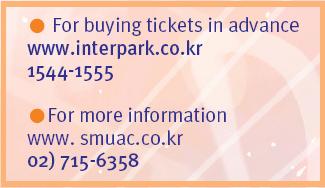