To commemorate the centennial anniversary of Ahn Jung-geun (Ahn), an activist in the independence movement in Korea at the time when Japan colonized Korea, there is an exhibition of his calligraphy and pictures showing the last moment and the whole lifetime before he died.  Deplorably, the majority of his works are possessed by Japanese and Japanese museums.  This exhibition is an opportunity to see his calligraphies, pictures, and materials gather in one place.  By following three big but different themes, we can meet various calligraphy works with a stamp imprinted by his left hand.  Through the exhibition, the unknown information of Ahn’s life and his death overwhelmingly fascinate people.  Let’s trace back to the past Ahn went through. 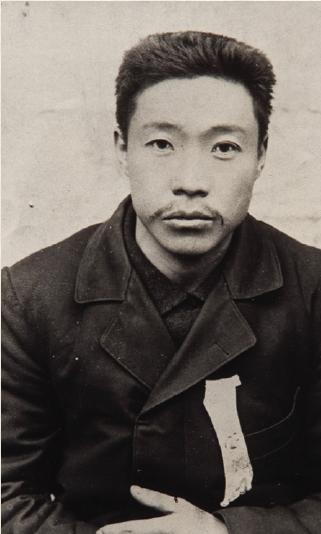 The first theme focuses on independence and peace, and represents his activities of independence, education, and enlightenment.  It puts handwritings and pictures informing the historical events like the assassination of Queen Myung Sung (1895), the Russo-Japanese War (1904), the Eulsa-year Treaty (1905), the forced abdication of King Gojong.  As an educator, he established a school to enlighten the ignorant Korean, and set up a new ideology, a harmony of the Orient.  The most significant part is his independent movements, and he founded the temporary government of Korea in Shanghai, China.

The second theme based on the patriotic deeds and the spirit of martyrdom symbolizes his mentality and attitude about independence of Korea.  He tried to assassinate the head of Japan Imperialism, ItoHirobumi, although the mission was not successful.  However, the fact he was a leader of declaring independence of Korea has been viewed as the most respected of incidents by most Koreans.  In this theme, there are some pictures and materials informing visitors of the scenes of a public trial sentencing him to the death penalty.

As a normal person, Ahn is praised as a great personality: with perseverance and humility.  Lately, we clarified that those characteristics were fundamental to all the activities connected to independence, and enlightenment of education.  Also he often enjoyed riding a horse, hunting, and reciting poems during his lifetime.  In the exhibition, the museum shows a picture of his wife and his son and a letter to his mother.

Most inspiring, the fact he wrote words in the last moment before his death seems supernatural.  It seems impossible for people to be so natural and composed before their death, each word all contains spirit, patriotism, and his insight to the world.  However, there were no Koreans taken over his works at that time, so the exhibition proved that most Japanese treasured up the works.  The curator also explained that there are some Japanese who protect our historical valuables.  Through the exhibition, how big and beautiful they are is not an important standard to appreciate his works.  We overall focus on experiencing various sides of Ahn: a great thinker, an educator, and a sentimental man.  It will be an influential, beneficial, and informative exhibition for all Koreans who at least heard his name once before. 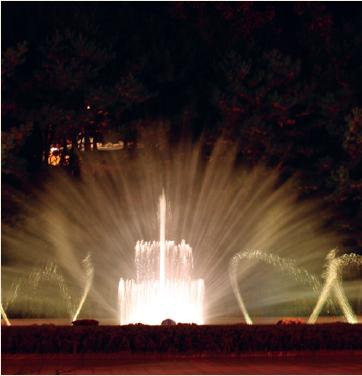 ALL PHOTOS BY HS