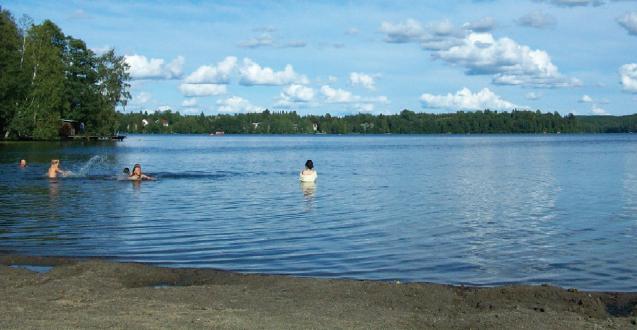 *MY STORY
—I Am an Extraordinary Girl!

After being chosen as an exchange student to Tampere, the second largest city in Finland, quite a few people, even my friends asked me, “Why did you choose Finland, not America or England?”  Whenever I met these kinds of questions I answered “Why not?”  Frankly speaking, Finland was not my first choice of where to go.  I chose Australia and Finland was my third choice.  However, now I am really thankful to God that I came here because of some reasons that I will tell you soon.  Many Korean people think that to learn English, it’s better to go to the United States or some countries where citizens could speak English as native speakers.  I agree on that idea but my thought was a little bit different.  Of course progressing English ability is also crucial but in my opinion, purpose of being an exchange student is not improving my English ability but extending my ranges of experiences.  At first, Finland was unaccustomed to me.  Also what I knew about Finland was only two things, Xylitol and hyva″, hyva″, so I wanted to be acquainted with Finland more, so there was no reason not to go to Finland.  At that time, I could not expect that my decision could change my life and thought as much as it did.

*ERASMUS PROGRAMME
— Let’s Be ERASMUS Too!

Universities located in Europe have their special program called ERASMUS. ERASMUS means European Region Action Scheme for the Mobility of University Students.  Not like Asian students, every EU student can grab opportunities to study abroad and there is no limitation, and they can study all over the world.  That’s a prerequisite course if you are university student.  In Korea, we have to compete harshly with other students to be exchange students, and also the countries to which we can go are limited, so as an exchange student I felt really jealous of ERASMUS students.  Let’s be more strong and powerful! 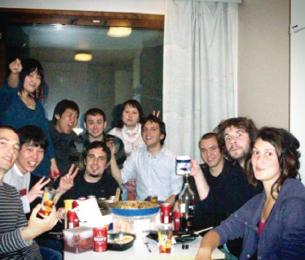 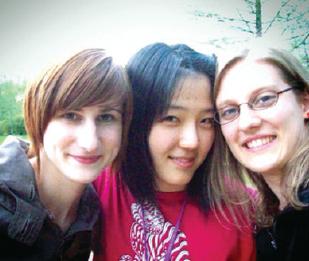 ALL PHOTOS FROM LA

Last semester I met a lot of friends who came from diverse countries.  To them, including Finnish friends, I was their first friend from Korea.  Finland does not have many Koreans like the United States, so I could be a curious and special buddy to them.  I have two tutors (like our University’s buddy system) and when I came to Finland they came to the Airport and picked me up to my home where I was supposed to stay for a year.  They helped me a lot, for example opening a bank account and mobile phone, registering for student union in Tampere University, and so on.  They gave me lots of help in many ways, especially mentally.  As a foreigner, sometimes I felt home sick and got culture shock, but whenever I felt gloomy or depressed, they called me to be with me and have fun together, not as tutors, but as real friends.  They went to Korea as exchange students, thus we have common part to share and fortunately they really love Korean food and Korean culture, for example Korean Soju drinking games.  In addition, it was a little bit awkward that they could speak Korean greetings like An-nyoung.  Last semester I was intimate with many friends from Germany, Spain, France, Poland, Uganda, Mexico, America, and Kenya.  However, usually ERASMUS students stay only one semester, so I said good bye to them, and during the summer vacation I visited their places to see my friends again.  Who can take this valuable trip?  Having many European friends and traveling northern Europe or Baltic countries where it is hard to make a journey from Korea can be a privilege as an exchange student in Finland in Tampere.

What surprised me in Finland was that most classes require students not only to take lectures but also to participate in practical tasks.  When I took a lecture last semester named ‘English interview for journalism’, I underestimated Finnish students.  Even though I knew Finns can speak English fluently, I thought “Anyway they are not native speakers, so they will be like me.”  However, realizing that I was wrong did not take a long time.  Their English was perfect, like British, and they also have their own exact opinion on all issues, and they were so enthusiastic to participate in everything in the lecture.  I got shocked and lost my courage.  I was not scared to join their discussion, but they were so great to express their opinions that I felt like a small and weak baby.  Fortunately as time went by, I got used to that class so I really enjoyed and learned something valuable from all lectures.  The most difficult task that I did last semester was making a radio program in a radio station.  Our team chose a topic, way of progress, music, and even wrote a script.  Finally we chose a topic something like Valentine’s day and chocolates because our date to be put on air was quite near February 14.  I wrote the script and my Finnish partner chose songs to be on air and the other class mate interviewed a guy who came from a different country and spent Valentine’s day in Finland.  Finally, our radio program ended successfully.  At that time, it was really demanding and hard to do everything but now it’s an unforgettable experience and I won’t forget forever.

Two weeks ago I could not fall asleep because of Tampere, Finland.  I did not realize I really love this country and have strong attachment.  However, in that night I thought about my period that I spent time here for the last 10 months.  It was like heaven.  I thought about everything I’d done in this land in Tampere.  What I did was quite a lot, for example meeting diverse friends who came from all the continents I’d never met in Korea, having really good friends who can love me and show consideration for me sincerely, remaining good reminiscences, experiencing new things like swimming in the lake near my place, doing sauna and jumping to snow or frozen lake, walking in a forest with the good smell of trees, and seeing the sun until 12 AM in Tampere.  It’s already been 10 months that I’ve stayed in Finland.  I changed quite much and had a lot of time to think about me and my future, too.  When I was in Korea I was just so busy and just went straight.  There was no time to look around me and I even thought that it wasn’t necessary.  However, now I know that going straight is not always good.  Finland made me to think about many things in my life.  Now I really love Finland and I will not forget this time forever in my life.