Joy on the Snow
상태바

Now, it’s winter.  Do you have any plan for this winter?  Here are two winter sports clubs, which have already been ready to enjoy this winter.  The Sookmyung Times (SMT) met the Sookmyung Ski Team and a snowboard club, SNOWHOLIC to know what they are doing in winter. 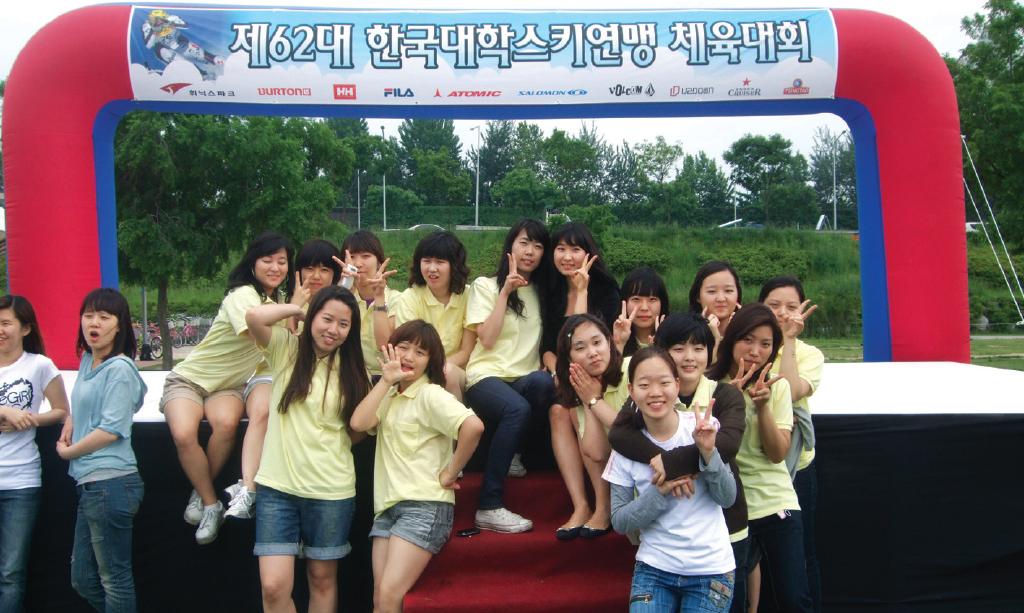 Did you see the movie Gukgadaepyo?  Seeing the movie, you might feel the thrill and you might have thought go to ski in this winter.  But you might have given up, because you have never skied or you do not have any other friends to go with.  Here is a club waiting for you to give a cordial welcome.  SMT interviewed Lee Hae Rang Na (LEE), the representative of Sookmyung Ski Team.

SMT  Is it okay for someone who has never skied?

LEE  Yes, it really doesn’t matter.  When the winter camp training begins, everyone learns together how to fall at first.  No matter how good or bad someone is at skiing, we start from the basic, so some students who have experienced skiing hesitate at first.  However, because we relearn from the basic and correct the wrong postures, you can get to the higher level of skiing through the training.

SMT  Does it cost too much?

LEE  Frankly speaking, it isn’t cheaper than the other clubs.  However, it is not that expensive concerning the general fee for enjoying skiing.  You might think that the initial fee and expenses for equipment cost so much.  But, you have to pay the most of them only for the first semester.  Moreover, our camping fee costs less than traveling with your friends.  Most of all, you are able to get acquainted with lots of people.  I'm sure that our club will stay with you as a happy memory.

SMT  What do you do every year in off-season?

LEE  We are doing activities such as a beer party, an athletic meeting, a summer trip, a foundation appointed time and boarding together for a year.  In the first semester, we opened a beer party and joined other universities’ beer parties.  And by participating in athletic meetings and beer parties sponsored by the federation, ties with other universities were developed.  Moreover, through a foundation appointed time, we have a meeting with seniors.

SMT  Lastly, please talk about a plan for this winter and something to Sookmyungians.

LEE  For this winter, we are going to board together at Phoenix Park.  Through this boarding, we will improve members’ skiing skills for getting good results on a grand skiing match sponsored by the federation.  In addition, during the boarding, a meeting with other universities will be held so we can reinforce our tie.  Sookmyungians!  Do not hesitate to enroll in our club because you are not good at skiing.  We welcome all people.  Through this club, you can have a chance to be familiar with seniors and even friends from other universities.  For this winter, we are doing a ski camp from December 20th to 22nd.  If you are interested in this camp, please see our poster on the bulletin board. 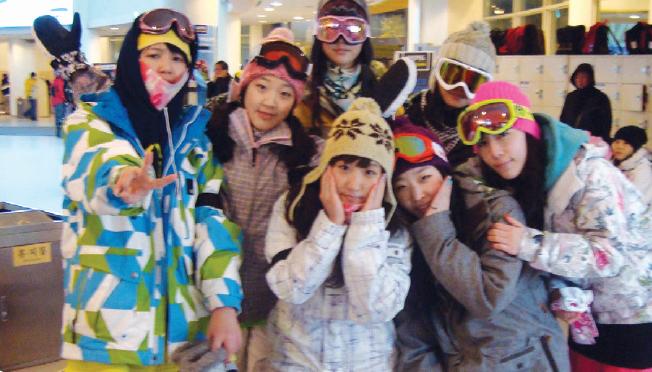 The snowboard team, SNOWHOLIC was firstly made in 2003.  In the same year, SNOWHOLIC signed up in the Korea University Snowboard Federation (KUSBF).  Even in offseason, SNOWHOLIC is doing a variety of activities such as a school festival and an athletic meeting.  Now year 2009 is SNOWHOLIC’s sixth year from its inception.  Especially for this season, SNOWHOLIC is preparing for a snowboard tournament.  SMT interviewed Hong Sue Ran (HONG), the representative of SNOWHOLIC to get to know about its activities and challenges in depth.

SMT  What activities are done every year in off-season in SNOWHOLIC?

HONG  Every year in off-season, starting from the welcoming party for the new students, SNOWHOLIC goes on an excursion a few times.  In school festival, or in fall, SNOWHOLIC throws an open invitation beer party to the university students nearby.  As a member of the KUSBF, we take chances to join their gathering party several times a year and athletic meeting.  Once a year, the members of whole federation go on a rafting trip, and late in fall, the federation held a club party to make everyone to keep in touch with each other till the season.

SMT  On the notification for registering new members, it says that it is even okay to enroll the people who have no experience snowboarding.  Exactly what kind of help does SNOWHOLIC give to these people?

HONG  It is obvious for the students to have no chances to think about themselves snowboarding in the country of four seasons in a year. Almost every member of new students in our club had no chances to go snowboarding or once in her whole life.  The federation understood this situation and every year they recruit an instructing team for free.  With that, including the club committee, students from last season members are waiting for the time to coach the new members in this season, so there is no doubt that new students have nothing to worry about their riding skills.

SMT  What are the merits of joining SNOWHOLIC?

HONG  New students will definitely understand the reason why a women's university is well socialized in this community and they will have a chance to spend their vacation without wasting time around their house.  Last but not least, students will have the everlasting memory of the 2009-2010 winters with tons of new people they will meet.

SMT  What is the plan for this winter?

HONG  To be honest, SNOWHOLIC had no chances to have rates in the tournaments, not because we had no one to challenge, just because always things happened around the day before the tournament.  It really is a strange thing, so we are about to plan thorughiy for the tournament and challenge for the rate without anyone getting injured during the season.