Noblesse oblige? No, Everyone Obliges
상태바

“I’m a worthless bread lady.” Mrs. Hwang (46) sends a letter and some donation to a town office asking that they please not announce her name, and help those poorer than her. Mrs. Hwang has deposited some donation when she got a chance selling fishshaped buns and Chinese stuffed pancakes.

Ironically, many presses are rushing to give an account of donation not from the rich but from the poor at the end of the year. Mrs. Hwang is a poor person who is helped from the town office. In the present, Korea’s donation situation is very ironical because, on the contrary, the poor who need other’s help are hidden donators in present Korean society. People think such being the case, today’s donation culture needs to improve well through ‘Noblesse Oblige.’

Then, is it the obligation to donate for the rich only? Recently, an ad of Consumer Financial Brand, Rush and Cash was aired. In the ad, director Moo has to pay a taxi fee but he doesn’t have change, so he donates fifty thousand won at the Salvation Army charity pot and gets change for the taxi fee. Rush and Cash donated about fifty million won, actually. The parties concerned said, “People think donation is so difficult, but we hope they change thinking about donation through this ad.” The middle class people who are not poor or rich can donate like director Moo. Now, it is
time for ‘everyone’ to consider the Korean donation situation.

The Poor Who Pull for Donation 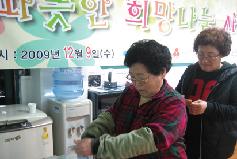 The poor’s donation procession is continuing endless and people who need other’s help, unexpectedly, help other people needier people than them. Elderly Mrs. Gu Okja, who lives in a small room with her husband, earned 50 won when she makes one paper bag, and receives rice and instant noodles through a social service agency. However, she donated to Community Chest of Korea with cell residents and the homeless together. Bak Eljong, a secretary-general of Community Chest of Korea (The fruit of love) said that “sharing is what people who receive help can give helping.” In addition, not only donation but also volunteering, in case of volunteer organization ‘Seocho Sound of Love’ in Seocho-gu, Seoul, they call to the aged living alone every day. They are twenty women volunteers who are not wealthy people and work at small and an out-ofthe-way place. Likewise, “The poor are more considerate of other needy neighbors,” said Bak Jongsuk, Dean of the consultation office of the social service center, ‘Incheon, the house to open tomorrow.’

The Rich Who Need to Reach an Advanced Donation Country

Then, what are the rich doing in donation? Through research of Community Chest of Korea, in 2008, Korea’s personal donation rate is 15.8 percent, but the other side, companies’ donation rate is 67 percent which holds the largest part. Companies donate but businessmen don’t donate well. Kim Youngtae, member of The Grand National Party-Hannara said, “The Korean donation culture that not businessmen but companies donate is wrong. Companies are not personal private property so donation of businessmen and civilians has to be activated.”6 Many companies and rich donate in country but few donates in comparison with their property and don’t volunteer well. In addition, in 2009, even this 100 companies’ donation decrease 38.7 percent as compared with 2009. Kim Hyojin, Director of Communications of Community Chest of Korea  said, “Grass-roots donation culture and personal large amount donation are insufficient as like a lot of professional indicated. Especially, as you know, in the case of the U.S.A., many rich men who are espected like Bill Gates or Warren Buffett donate so much. In our society, ‘Noblesse Oblige’ is taking root so many people participate in sharing, and that will become social integration and improvement.”

“What should Korea do for developing Real Sharing Culture like Noblesse Oblige?” 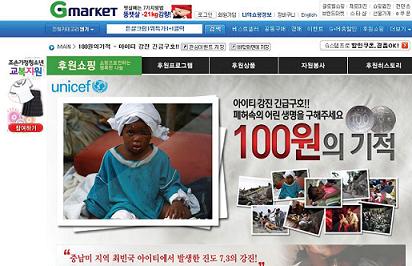 The word originates in the initiative public mind and strong moral consciousness that king and the nobility showed in beginning of Rome.8 In Rome, the nobility had a tradition that they had to participate at a war being at the head, donated voluntarily, and built public facilities with their property. It was recognized duty and honor at the same time to them so these activities happened voluntarily and competitively.9 In the beginning, this Rome’s notion has difficulty taking root in U.S.A.. Andrew Carnegie who started a steel firm and was called the ‘Steel King’ made this notion spread. He said “To die rich is to die disgraced.”10 Carnegie’s management philosophy greatly affected other rich and their charitable work and social donation became a flourishing conversion point of the U.S.A..11 However, on the other side, Korea didn’t have this social situation because U.S.A. and Korea’s consciousness and transition are not the same. So, what should Korea do for developing ‘Real Sharing Culture’ like ‘Noblesse Oblige?’

Toward Tomorrow, For Future 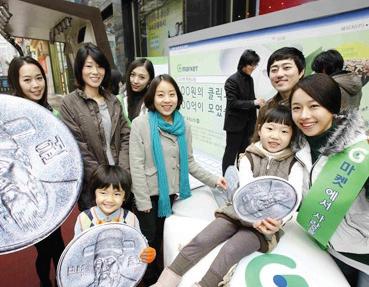 First, Korea needs to think why ‘Noblesse Oblige’ hasn’t taken hold in Korea and how Koreans can make a good donation culture supporting ‘Public Interest Connection Marketing’ from companies. For example, online shopping mall G-market opened ‘Support Shopping’ in which money is saved as a contribution if consumers buy ‘support goods’ registered by sellers in 2005. This contribution exceeded ten billion won at just five years and G-market has progressed to develop the ‘Miracle of 100 won,’ which donates one hundred won with one click.12 Second, ‘matching grant’ programs are good for both companies and businessmen. Matching grants are when companies raise money to match money that individual businessmen donate. It helps to spread a voluntary donation culture among businessmen. In the present, many companies like Kyobo Life, Mirae Asset and Seoul subway, Metro have developed matching grants. Matching grants can be developed not only for businessmen but also for consumers. GS Caltex collected a ‘Republic of Haiti earthquake disaster relief fund’ with consumers; matching fifty million won so one hundred million will be donated.13 Third, many presses can light up not only the poor but also many companies and the rich so they became very good exemplars to donate. Accordingly, the rich who donate well can be praised from the public.

However, before that, people can think that ‘what am I doing for making this social environment?’ In Korea, there is the problem that personal donations are very low. In U.S.A., eighty percent of the amount of contributions to be raised is from personal donation but only 20 percent of all donation amounts in Korea are from personal donation. Problems of Korean donation culture are few amounts of personal or regular donation. Also, donation’s main current is collected at the end of year and many of them are onetime donations which involve a special situation of sympathy.

Of course, Korea needs to change consciousness, too, but before this, abiding advanced donation culture needs institutional support from government. Lee Sejung, Dean, Community Chest of Korea, said, “Korea doesn’t have good tax favor to personal donation compared with advanced countries. Also, we have to develop various collections of contribution goods that donators can donate comfortably where they want.”14 From this saying, Korean needs to think ‘We are able to become donators although we are not rich men.’

In England, Prince William participates in the homeless’ life in the cold weather to announce the homeless’ pain in the world.15 Meanwhile, Korea’s Presidents and their sons become enmeshed in a scandal with unlawful possessions and dodging mandatory military duty. Korea still has a long way to go to become an advanced donation country and developing Noblesse Oblige. However, fortunately, Korean companies sharing participation belong to better country for donation and their social contribution grows so much.16 So, if this the rich’s donation becomes more revitalize than the past, and the poor donated continually, good donation culture will spread in Korean society.

However, for this, impersonal middle class should participate in donation more positively. Then, various donation programs are very helpful to personal donors. For example, portal site Naver’s ‘Happy Bean’ project can encourage more netizens’ small participation so people can donate more comfortably through an online system.17 There are increasing different type donation except material help like ‘Sharing Talents’ campaign of Chosun Ilbo. SookMyung Interpretation Volunteers (SMIV) of will participate in the campaign. Ji yeon Suh, 9th student representative of SMIV said, “Recently, when donations are insufficient, we can help with our special talents instead of material help. We think the ‘Sharing Talents’ campaign is good because our gifts are used for the needy. It is another type of donation.”

“We think ‘Sharing Talents’ is good because our gifts are used for the needy. It is another type of donation.”

Desirable social situation that personal donation is people’s one part of life can come in to action. However, it needs to reflect this present that the poor who need receiving help give more help to society than other abundant people. Also, not only the rich but also plain people can lead the way for making and keeping a good donation culture. Now is the time when bear fruit of love through each colorful way to donate!