The Taste of Others
상태바

“There are two kinds of people in the world; smokers and non-smokers.  There is no halfway measure.  You should choose where you will be and then go ahead with it.”  This is a doctor’s advice for the patient who tries to stop smoking in the film, Dead Again (1991). But smokers find it is difficult to keep lighting up more and more because their position is threatened by nonsmokers and the authority.  For non-smokers, however, they are the enemies who harm their health.  Then, is it impossible that smokers and non- smokers coexist in the divided world? 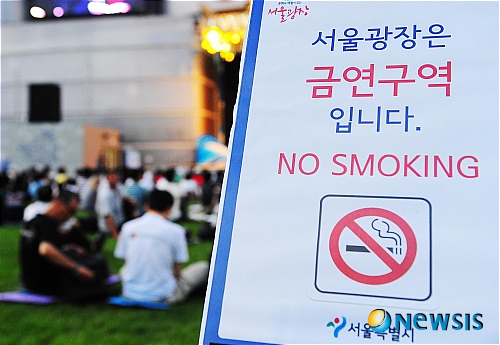 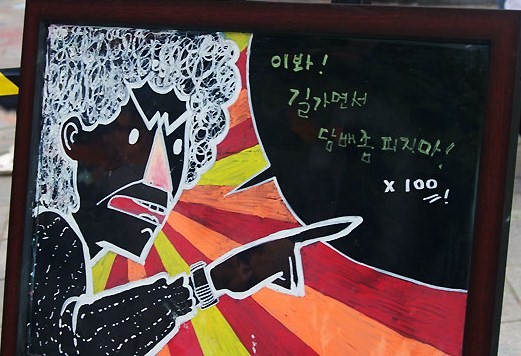 Since 2007, for all employees, Lotte Department Store greatly promoting their no-smoking campaign has unexpectedly implemented smoking testing.  The company has picked out the smoker by testing the amount of carbon monoxide every four months.  This “non-smoking” campaign has been a hot issue lately in many companies.  They set up various plans such as cut of salary, operation of smoke-fund, and the guilt-by- association system if they fail to stop smoking.  “Smoking causes corporations to inevitably increase the expense they bear for smokers.  Today the current seems rather valid,” a Lotte official said.  This separation between smokers and non-smokers has also shown up in some universities. Konkuk University has already given a priority to non-smokers or anti- smoking pledgers in the university entrance process.  Also, Sooungsil University gives a scholarship to students who quit smoking.  Already, society is  holding non-smoker’s hands. 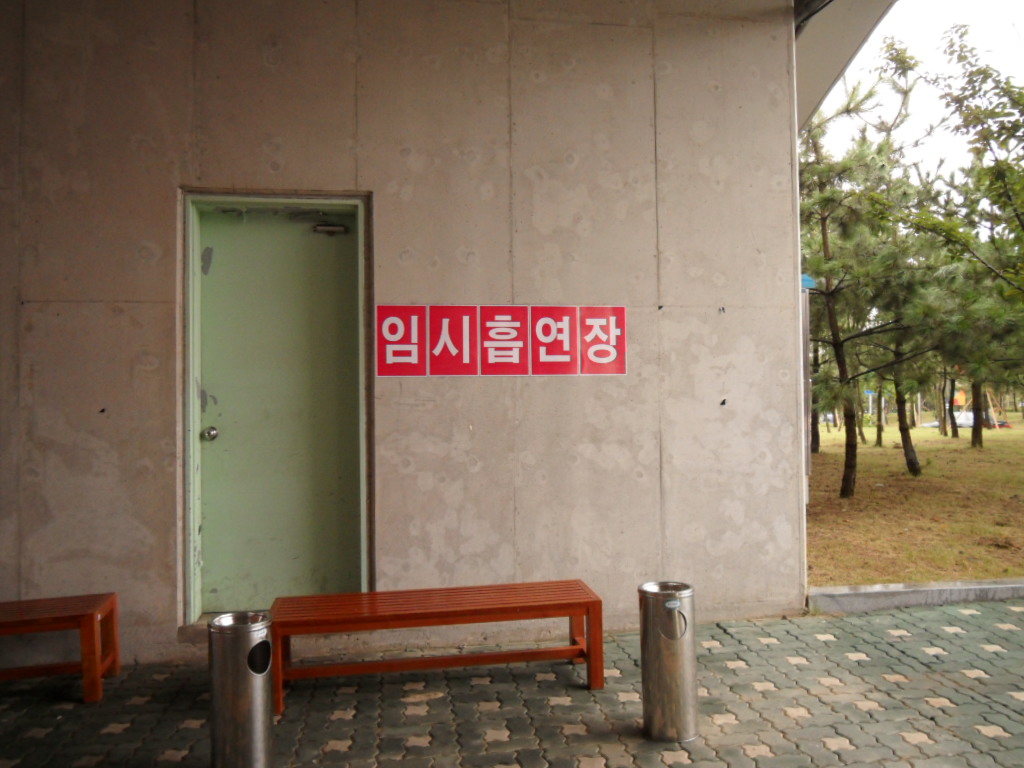 No one can exaggerate the harmful effects of cigarette smoking.  However, stopping lighting up for smokers is very difficult although they fully recognize the health risks arising from their addictive habit.  One of the reasons for no-smoking is that smoking accompanies other habits, melting into everyday life.  With no- smoking trends in society, they are losing their position more and more.  Streets and parks of Seoul City could be expanded as non-smoking areas.  Smokers complain louder as society pushes them into stuffy rules.  Kim Ki-bum (51), a taxi driver, said “I can’t smoke on the street because I feel uncomfortable.  Instead of blindly preventing it, we need another method, considering smoker’s rights.” Recently, new cafes and resturants to reflect smokers’ wishes are appearing. Coffeebean and Hollys, which have smoking rooms, are more attractive for smokers than Starbucks.  Student Kim Kil-hyun said,  “I often use the coffee shops.  There I can study and meet friends, freely smoking.”  In Japan, even though society strongly recommends “no-smoking,” it also recognizes a smoker’s rights within the

limits where they do not harm others, providing their places like smoking rooms.  Momoko (29), a Japanese woman officer, said “The right of smoking is one of the fundamental privileges of free people if it doesn’t cause any harm to others and if

smokers have responsibility for their own health.”  But, at this time, non- smokers are being exposed to secondhand smoke against their will.

Need Consideration for Others

Everybody has different tastes and personalities.  There is a need to respect others’ tastes.  Nevertheless, cigarettes are peculiar products.  There’s no safe way to smoke.  One of the best ways to reach smoking problems is that everyone becomes non-smokers.  However, it isn’t easy and realistic.  The point is here is NOT a  “non-smoking” world.  So, in order to reasonably solve the struggle between them, they need to have consideration for each other. “Smokers should have ‘smoquette’ (combined smoking and etiquette) and need to lead smoking culture, firstly considering non-smokers,” Hong Sung- yong, the sales department head of Korea Smoker’s Association, said.  Under the consideration, society sets up smoking rules instead of abruptly pushing it.  It might be recommended that while

large office buildings offer smoking rooms with perfect air-purifying systems at locations, realistic no- smoking programs are needed to activate for smokers who want to quit it.  But all of these things are well reached by recognizing others’ tastes not the individual’s.