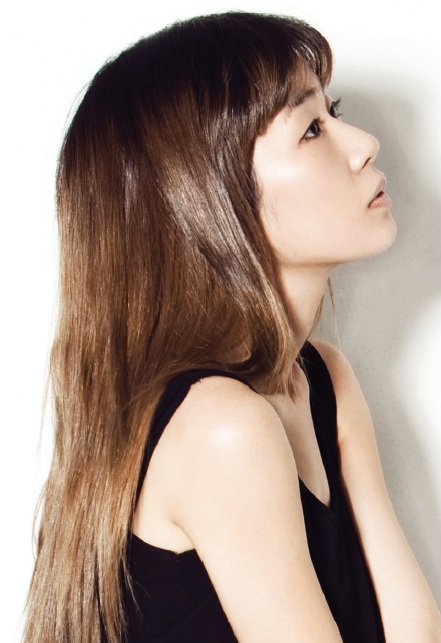 Here is the job requiring a great deal of concentration.  It has to catch decisive moments in less than a second.  The job is photographer, and they capture time under the name of art.  Now, concentrating on HERSTORY, photographer JiA (Jiwon Kim) always prepares tomorrow and future and willingly challenges her to be a better photographer.

SMT  What made you to become a photographer?

JiA  I learned about photography in Sookmyung Women’s University (SMU) at first.  I took the class Understanding of Photography at the College of Fine Arts.  I thought that was so interesting work and then, my friend who worked part-time at Café Minto with me entered the military as craftsman photography.  So, I found National Technical Qualification Certificate about photography and I decided to get certified.  I liked working in the darkroom when I prepared that for a month.  That’s when I started to like photographs.  And I was required to take menu pictures of Café Minto.  I earned money through photographs for the first time.  Originally, my dream had been to be a drama PD but I was starting to think “Am I good at it?” and I traveled the whole country with my camera for a month.  I thought “if it is my calling in life, I can go the full distance.”  I slept in a jjimjilbang (Korean dry sauna that originates from the traditional ondol  heating system) or bus, but nothing was hard for me.  I found my job.

JiA  I served as an assistant under a fashion photographer Kim Boha at SM Entertainment in 2005.  It was so hard to work on the spot because I was not photography major.  So I wanted to study abroad and I got three letters of recommendation from professors who did lectures associated with photography I had heard.  And one of the professors advised to me and helped me to make a portfolio.  Finally, I transferred to the School of Visual Arts (SVA) in New York after graduating SMU.  In SVA, the amount of students in each class is quite small (the ratio of students per professors is about 15), so there is more interaction and feedback between professors and students.  And, they never devaluate the work simply because students made them.  I could sign out good equipment and I contacted anyone walking the street as a model if he or she caught my eyes.  Now, I am taking commercial photographs like pictorials, advertisements and profile of entertainers.

JiA  There is one category of photography, Digital Photography, which is completed with composing and handling.  The work is fine art and requires some ideas.  I think it is okay.  However, excessive work in the postproduction stage is not good.  In one photograph competition the grand prize winner was a retouched photo with Photoshop.  The winner forfeited the prize because the person composed seagulls in the landscape photo.  If the person disclosed the composing, people could evaluate knowing the fact, but the person lied.  Not only the composing case, but also a Chinese doll-faced girl used Photoshop too much has a problem.  It is no better than fraud.

SMT  What do you think of popularized DSLR (Digital single-lens reflex camera)?

JiA  Today, there is a growing prevalence of DSLR, devices have improved a lot, and the prices are lower.  So people who like taking pictures continue to increase.  I think it is a good phenomenon because those who enjoy taking photos means that they want to watch them more.  I hope people like not only taking photos but also printing their works directly, watching other works, and evaluating them.  I’m not talking about that “I can do it,” I mean “I know it was very difficult work because I did so.”  And each photograph can be one culture people enjoy easily and treat with loving care and appraised the value like paintings.

SMT  What is the meaning of photographs in the confusion of digital and image mediums?

JiA  Maybe, documentary photographs have the biggest effect among kinds of photographs because the power of photographs is realism.  They captured moments that really existed; that’s why they are important.  It is a different point compared to other mediums to make work in mere fractions of a second by flash.  Of course, photographers wait twenty or thirty hours or devote their lives for creating it.  And recently, certification shots are popular on SNS (Social Network Service).  People upload photos with messages in twitter.  Photographs can show the fact through imagification of some stories.  As you know, people say, “Only photos are still left over.”

SMT  Please, advise Sookmyungians who want to be photographers.

JiA  It is so difficult to be the best in all of the works.  However, especially, if you want to do something related to art, you will have to do better than just effort.  You have to be gifted on some level and so sensitive.  So, if you really desire to be photographers, I want to ask that don’t be puppyish artists.  You can think “I am different” doing some art, and then you imprison yourselves and will not find the most important thing.  When people like and admire your work, you should be more humble.  So you should keep your first colors.  Take photos hard and read books much more.  Students who take photos very much like the visual.  My professor said to me, “Sensitive people for visual things remember every shape easily so they will be able to rather imitate other works they watched somewhere.  So, it is important to make photos from letters or the things not imaginary.”  Create your image.  Don’t fall into mannerism and don’t forget your original intention.