Poetry Is a Consolation
상태바 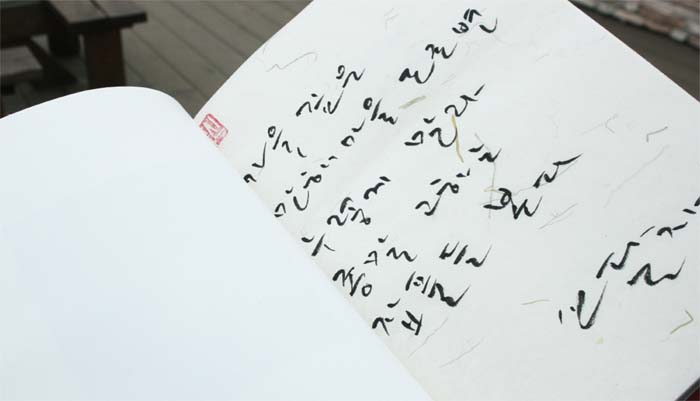 Here is one poet. After 24 years of nursing, she had to say goodbye to her husband, who collapsed with a stroke.  After that, she had to take care of her mother-in-law for 9 years.  At last, she herself fought with cancer for years. However, instead of blaming her harsh life, she always says thanks to everyone for she could live doing what she likes; writing poems.  She defines poetry as a consolation for herself and everyone, and it is the only thing that she can do to repay everyone’s kindness.  She is poet, Shin Dal Ja (SHIN), and people call her a poet of a pain who recites reconciliation.

SMT  Many people have a prejudice that poetry is difficult compared to other genres of literature.  What do you think about this prejudice?  Also, is there any inherent condition for being a poet?

SHIN  There are several kinds of poems.  There are difficult poems, but also easy poems.  Many people have a prejudice about poems because they only think of difficult ones.  Current modern poems are a little bit difficult because they emphasize image and abstract aspects.  However, if you have interests on poems and try to find easy poems, there are many easy but impressive poems.  About the inherent condition of being poet, it would be good if that person has special ability, but I think reading and writing a lot is more important.

SMT  What was the turning point of your life, when you thought of being a poet?  Where do you usually get your ideas for a poem?

SHIN  Actually, like everyone I studied poetry from middle school, but at that time, I’ve never thought that I want to be a poet or I have a special ability in that field.  The most important turning point was winning first prize at Gyeongnam Writing Contest in the second year of high school.  After that I realized my veiled ability, and naturally entered Sookmyung Women’s University (SMU) Division of Korean Language & Literature, which was a birth place of women’s literature.  About ideas for a poem, I have no limit or boundary about that.  Everything around my everyday life is ideas for a poem.  Even household items are good writing material for me.

SMT  You give very high respect to the novel Little Prince by Saint-Exupéry, can you tell the reason for it?  Also, what do you think of the fact that current best-seller books are mostly light novel and self-improvement books?

SHIN  The novel Little Prince was written in 1943; which is the year I was born.  So we are the same age.  It was written around World WarⅡ, so we can say this novel is old.  However, I am always surprised at this novel’s keen insight about the future.  Although it was written several decades ago, it shows accurately modern society’s images and problems.  It deals with fundamental questions like; why do humans hurt each other?  Why are humans so valuable?  What is real happiness?  I first read this novel when I was a university student, but until now, every time I read this over and over, it gives different meaning for me.  Like Little Prince, classics that have been loved by people transcend time.  So light novels and self-improvement books are also good, but I would rather recommend classics for students.

SMT  You are famous for giving many lectures.  What is the most important issue you want to deliver?  By giving lectures, you are delivering your ideas, but do audiences give you any interaction?

SHIN  I’m giving many lectures, because I have so many things to say to others, and lectures are where I can meet many people.  By lectures, I want to give hope to audiences.  I want to say that although you are alone and exhausted right now, you should not lose hope and life is not unfortunate.  People can believe my words, because I am one who went through all the hard times.  People get hope and energy from my lectures, and watching that, I am receiving compensation of my past pain.  We are giving each other precious things.

SMT  How did you spend your school days?  What does SMU mean to you?

SHIN  My school days were times of agony in short.  I continuously thought over my uncertain future and tried to do everything that I can.  I studied hard and I stayed overnight for writing drafts.  There was no meaningless time.  When I was in university, “Literature Night” of SMU was really a renowned event.  By taking part in this event, I could become more of a poet.  Also I met my life mentor, poet Kim Nam Jo.  She was a professor at that time.  I was prone to write poems easily, and she trained me continuously and led me to the world of poems.  I am giving one lecture at SMU now, and whenever I come to Cheongpa-dong, this place reminds me of my 20s.  Everything I felt in my 20s is scattered around here.  Right here, I graduated from university, graduate school, worked as a lecturer, and this connection still continues now.  The name “Cheongpa-dong” itself relates to my life and I can’t erase it.  SMU is like my other hometown.

SMT  You had to go through over 20 years, nursing your husband and mother-in-law, and after that you came down with cancer.  What is the key factor that you could go against all odds?

SHIN  The key factor is strong attachment to life and a hope.  Humankind are very self-centered, because when another is sick, they try to give comfort, but when they are sick, they go to pieces.  I, myself despaired so much, but I thought although I am sick, my love does not disappear.  Being sick is a part of life anyway, and it is out of my control, so I tried to accept and understand the circumstances.  Self-belief and certainty was a power for going through hard time.  Also, my family was a big reinforcement.  They are blessing of my life.