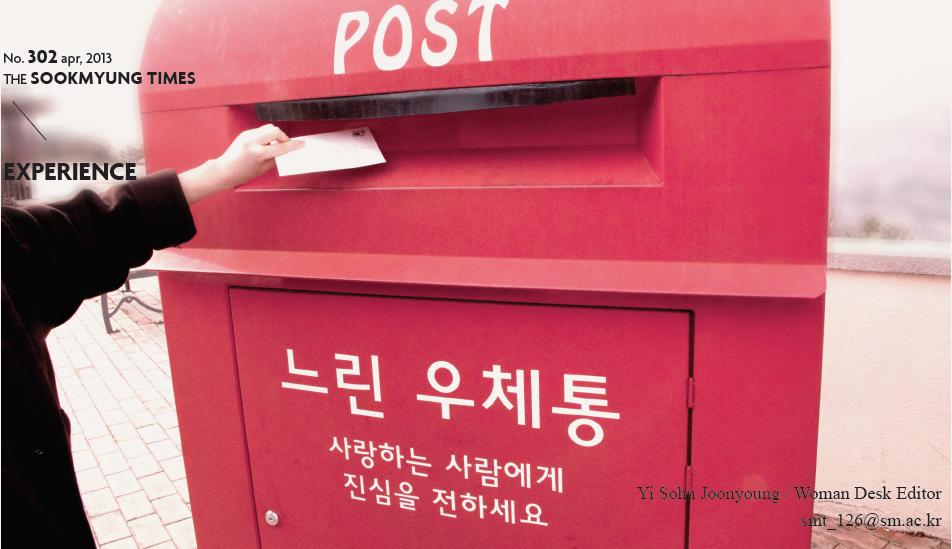 ALL PHOTOS BY KJH

Drama Reply 1997, Busker Busker, KBS entertainment program The Human Condition.  These are just a few examples of today’s cultural assets that are said to “stimulate an analogue sensibility.” The word analogue is originally used for technological instruments that indicate a linear quantity.  Digital devices tell you automatically the information you need, but you have to read for yourself the needle on an analogue device, which is why the word analogue should mean manual and not vintage or retro.  However, the current definition of analogue is exactly that.  The meaning has expanded into an expression for the past, where they used to have analogue devices.  Yet, the word has become too vague and conventional.  So the Sookmyung Times Reporter, Yi Joonyoung, spent a day filled with the so called “analogue sensibility,” in order to find out its true definition.

The in Between Generation
What made the start of the day so uncomfortably off-track was the absence of a cell phone.  The dull flat object no bigger than an apple, was gravity to my hands.  My arms flung about with nothing to hold them down, so I had to hold on to a pen to feel steady.  None of my friends answered my pay phone calls, later explaining that they did not want to take a call from an unknown number.  Feeling insecure of having the whole day in front of me without a single schedule, I tried to think of my life before getting a phone.  Every day, I would run out to the playground and hang out with anyone I met there.  Off I went.
Obviously there was no one to play with.  There is no such thing as a coincidental meeting anymore.  We all live as celebrities.  From morning to night, every single hour is planned.  Nothing is new or exciting.  It is not a surprise that people are looking for an analogue lifestyle, in order to get away from the digital world where everything is automatic and expected.
The Analogue Generation indicates people who were born before digital instruments were widely used, and people of the Digital Generation were born after that.  There is a generation in between, and they are called the Post Digital Generation (PDG).  Ages range from the early twenties to the early thirties today, and are basically people who spent their youth right during the popularization of the Internet and digital devices, but have past memories of living without them, too.  The PDG uses the Internet in search for human relationships but simultaneously feel the emptiness in it.  The PDG loves speed and visual contents, but also reminisce the old days of hand-written letters and composure.  The PDG is on the edge of each era, and thus amounts for the large percentage of people who are trying to return back to the analogue method.

Digilog, a Trend or Hoax?
Next stop, LP record store.  It vaguely resembled a second hand book store because of its warmth and antiquity.  Most of the artists were new to me, yet its relic-like features were fascinating.  The owner of LP record store Living-sa says, “owadays, many young customers in the twenties come to buy records, even up to elementary school students.”
In the film Sunny (2011), the main focus was to bring back the old school memories of the current adults in their forties.  However, it is an undeniable fact that the young people, whose school memories are not identical with the movie character, felt a connection to the film as well.  One cannot help wonder why some PDG members feel an analogue sensibility towards analogue objects (for example, LP records) that they are not familiar with.
As much as the analogue era has become a popular trend model in the present, many eager entrepreneurs are jumping into the market with ‘nalogue business’ ambitions.  In the IT business, digilog (digital and analogue) is the rising fad.  Digilog cameras or phones hold the convenience of a digital camera, but also the emotional appeal of an analogue device.  However, this only means that only the outer appearances resemble an analogue object.  The commercialization of the word analogue has the capability of distorting the actual definition of it.

A Year Long Journey
Finally, I visited the Slow Letterbox situated in Jongno-gu.  A letter that is put inside the Slow Letterbox waits an entire year before being sent to the recipient.  Why a whole year?  The society and population’s shape and color change every minute.  No one’s future is predictable, not even a single year.  Is this letterbox a form of rebellion against it?  Could this be a silent resistance to slow down the minds and heartbeats of every running citizen? Anyways, I wrote a letter to myself, not being sure even whether I will be able to receive it.
By staying away from any digital devices and visiting “nalogue sensible” spots, I believe I have enhanced a small portion of an analogue sensibility inside me.  It was a tiring long day of getting lost, missing buses, and being oblivious of any world news.  Without a smart phone, you receive much less information per hour than an ordinary person with a smart phone.  At the start of the day, my mind was so quiet I felt very behind in terms of current issues and social relationships.  However, at the end of the day, a quiet yet firm voice entered my mind in the absent space of all the normal mass media and instant messaging.  Finding your own voice is an act of analogue sensibility.  An analogue clock will merely point at a specific area of time on a long circular line, whereas a digital clock will show incremental time in numbers.  Digital devices tell you automatically the information you need, but you have to read for yourself the needle on an analogue device.  Amidst all the nondigital objects and reminiscent attractions, analogue sensibility can be defined as a lesson from the past to the future with a stronger sense of one’s own independent voice.