May Chavez Rest in Peace
상태바

Vatican : Who is New Owner of Vatican? 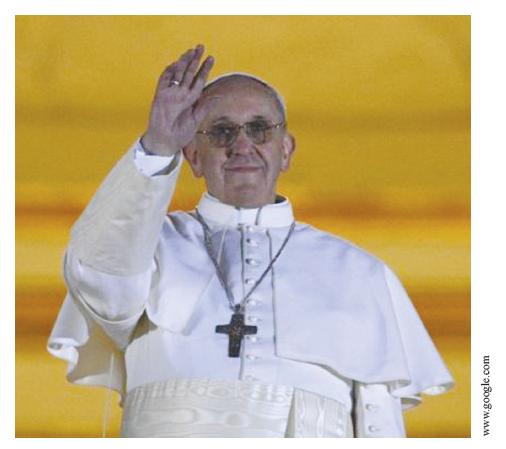 On February 28th, Pope Benedict XVI resigned voluntarily.   With his resignation, Pope Benedict XVI got the status of ‘Emeritus Pope’ which is a first in Catholic history.   There are no specific reasons why he decided to resign, but according to the Washington Post, there was a struggle for power in the Vatican.   Also, according to the Italian paper La Republica, the actual reason of resignation is a shocking report about decomposition in the Vatican.   Under Benedict XVI’s directions, a report about the accidents in the Vatican was made.   It was over 300 pages and was about threat, homosexuality and sexual molestation of children in the Vatican, which are all against Catholic spirit.   As an argument about the right reason of his resignation became controversial, Father Federico Lombardi, a spokesperson of the Vatican, said, “News about Benedict’s death is all only gossip and is all fake.   These kinds of fake reports can be a pressure which confuses Conclave, which is an election for new pope.”  The preparation for Conclave was started on March 4th and an actual conclave was opened on March 11th.   When the white smoke pours from the Sistine Chapel’s chimney, it means the new pope is elected.   However, on the first day of election, there was no white smoke from the chimney.   But finally, the 266th pope Argentine Cardinal Jorge Mario Bergogliao was elected.   He is the first pope who is from the American Continent and the first from outside Europe for over 1000 years.   He came out on the balcony of St. Peter’s Basilica and said, “I ask a favor of you...   pray for me.   Good night and have a good rest,” to the 144 other cardinal-electors. 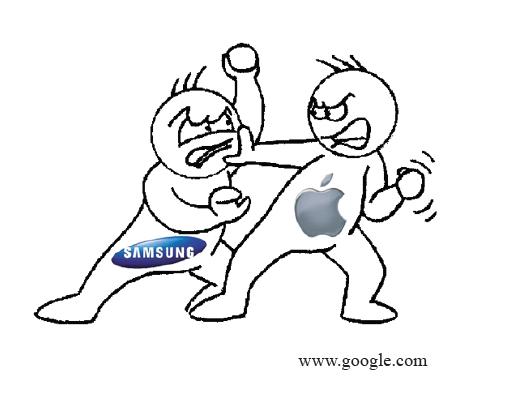 A federal judge on March 1st slashed nearly half of the jury award which was for Samsung Electronics.  From 2011, Samsung Electronics had a patents battle with Apple, Inc.  Apple accused Samsung of infringing its patents and design of iPhone and iPad.  And the battle is still going on.  Last year, the jury said 23 products of Samsung infringed the patent of Apple, but the court presumed only 9 products from them.  And a federal judge slashed the $1.05 billion award given by the jury by more than 40 percent, and set a new trial to determine damages.  Judge Lucy Koh who decided to decrease the jury award of Samsung said, “The court has identified an impermissible legal theory on which the jury based its award and cannot reasonably calculate the amount of excess while effectuating the intent of the jury.” It is good news to Samsung that the amount of jury award went down, but they are focusing on the judgment of the ITC (United States International Trade Commission).  If ITC is on the side of Apple, Samsung Electronics will not be able to export the Galaxy series to America anymore.  Then the loss to Samsung could not even be counted.  The ITC will decide preliminarily in April, and the final decision will be in August.

Venezuela : Who will Lead Venezuela? 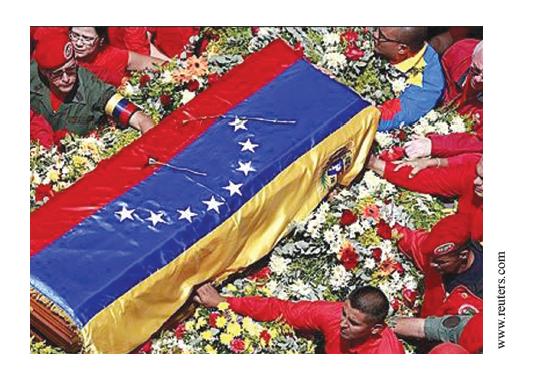 Hundreds of students and other critics were angry at the government of Hugo Chavez.  Hugo Chavez was the president of Venezuela who ruled from 1999.  In December he underwent a fourth surgery because of cancer.  However, after he came back to Venezuela, he never showed his face to the people, even through pictures or videos.  The government only said that he was still receiving treatment for cancer, but people cannot believe their briefing because there was no specific proof.  The government of Venezuela did not open pictures or videos of Chavez to the public, even as some presses requested.  Because of this, there were some rumors that Chavez was already dead.  And the protest against the government became severe.  People came out in the streets of Caracas and sang the song, “Give us the truth.”  Not long after, there was shocking news that Chavez was dead.  “Chavez deceased at 4:25 p.m. on March 6th,” said Nicolas Maduro, the vice president.  After people knew that Chavez had really deceased, supporters of Chavez gathered in front of the hospital where his body lay.  He won four elections and ruled Venezuela for about 14 years.  During that long time, he received strong support of the poor through huge oil income.  After his decease, Venezuela is in confusion because there is no other effective politician to succeed Chavez.
As Chavez said before, a new president will be elected in 30 days from March 6th.  According to Reuters, Nicolas Maduro of the United Socialist Party of Venezuela, a vice president, and Henrique Capriles Radonski of the Alliance Democratic Union Board, a governor of Miranda who lost at the last election, will be candidates.  And on March 11th, Nicolas Maduro registered for candidacy.  Chavez named Maduro as his successor, so he is now in the lead.  However, nobody can exclude the potential of a change of power.  An election of the new president of Venezuela will be held in April.