Can We Open up Your Brain!
상태바

ALL PHOTOS FROM MICHAELLAU EXHIBITION 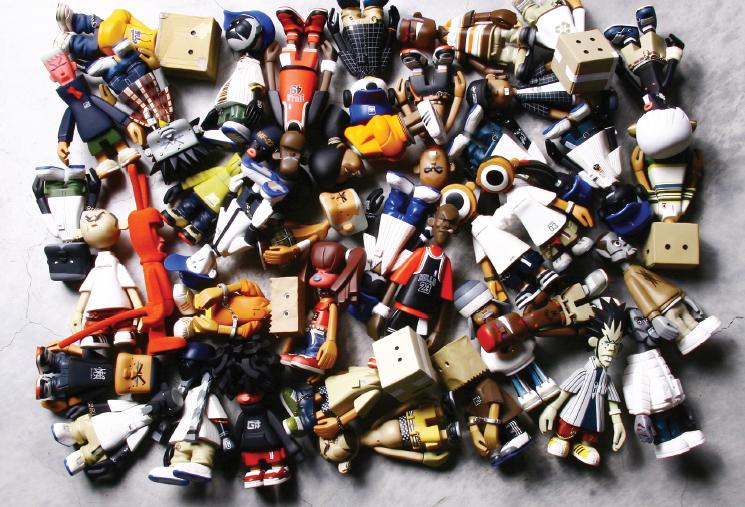 Toys Become Art
Toys always remind people of something fun and exciting, but for children.
Yet, art toys are different.  They were born for adults in the first place.  The norm of art toy first started in the 1990s when artists started to make and sell toys to adults that were worth possessing, for example, model figures.  Michael Lau is the main creator of the field and currently said to be the expert of it.  And for the first time ever, he opened an exhibition in Korea.  Then who is Michael Lau?  He was born in Hong Kong and from his childhood, his hobby was drawing and making toys.  Although he did not know that one day he would create the field of art toys, he  followed what he was crazy for, art.  He had lots of experience as an artist and was once a painter, designer, painting restorer, and cartoonist.  He said, “I was able to follow what I was crazy for because I knew that youth means one can enjoy being crazy at something when there is not much burden in their life."  In his career as a cartoonist, his comic, Gardener was published serially in the magazine East Touch and made a big hit in Hong Kong.  Later on, he made model figures with characters in his cartoons and created art toys.

Figures Become Alive
Lau’s art toys are not just a toy that is artistic.  His figures are alive.  Each one of the models has the stories of their own life.  This was possible because the characters were made from his popular comic series Gardener. They are representing the urban culture and are wearing the same things as we wear today.  They ride skate boards, wear pants below their underwear like American idol star Justin Beiber, and put on shoes from Nike. Also, to make things more public and creative, Lau loves crossover or collaboration projects with diverse brands, and this consequently make figures more realistic.  When you visit the exhibition, if you borrow an audio guide, you will be able to enter the lives of the Gardeners.  The following are only a few stories of theirs.

You Become New
Model Figures might seem a maniac culture to people, but this exhibition provides new sight.  Michael’s art toys have similar life to us and with crossover projects, it comes to us more easily.  Also, by collaboration it frees our mind from forming fences at each field.  Besides that, by hearing each art toys’ story and presenting them each with human personalities, you will get to enlarge your imagination and creativity.  After the exhibition, your mind would be opened up to thinking more flexibly and become a new you.  Then you might find yourself saying as Lau once said, “Go crazy! Why not!”