Until You’re Standing on Your Own
상태바

"Anybody should be able to do what they want to do according to their abilities and personalities, and not be restricted by the nature of their sex." For all of us living in the 21st century, this is what we have come to expect, but sadly, the world has not yet reached that ideal. From the 17th to the 18th century, men were given suffrage, but women were not, and it took hundreds of years for women to acquire the right to vote as a nation. Women around the world suffered the same mistreatment throughout modern history, and the walls and frames are still high and just as solid even today, just like a picture stuck in a frame. Despite the discrimination, women have never given up and over time, their movement has grown and changes have been made. Besides women, other minorities have also stepped up their fight and are now standing on their own. 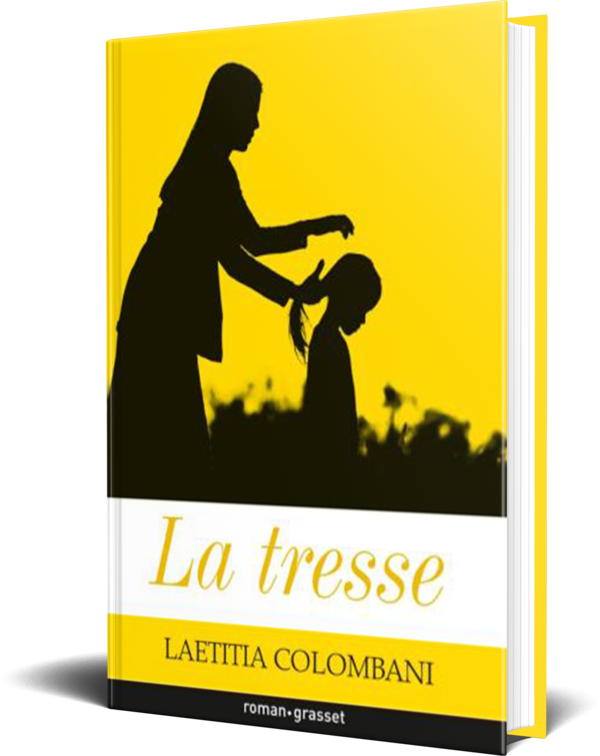 “They didn't know it was impossible. So, they did it.”
- Writer, Laetitia Colombani

This book details the lives of three women Sumita, Julia, and Sarah, living in three different countries. India is a nation of a caste system, and Sumita is part of the Dalit caste, the lowest class. Dalit women clean the excrement of the other castes with their bare hands. In addition, many women of lower class are frequently exposed to the dangers of rape and violence, and this book presents these facts plainly. Eventually, Sumita decides to escape her situation, at the risk of her own life, to make changes to her situation. The next two characters in the novel are Julia and Sarah. Julia works in a wig factory in Sicily as part of the family business. Later, her family members force her into an unwanted marriage. Like Sumita, she fights against her circumstance and the demands of her family who are directing her down a passive life path. Lastly, Sarah is employed at a large law firm as a management lawyer in Canada, and she is also a mother of three children. As a career woman, she has endures harsh treatment at work to avoid the stigma of being a female and not a male in the field. One day, an unexpected crisis occurs and everything she tried to build up around her crumbles. Then, how will the three women change the circumstances in their own lives?

The book is a French novel that details the lives of three women from different places all living in the same period in history. Translated, the title of the book, ‘Tresse’, means “to tie something together using three parts of a rope or hair like braided hair”. The initial start and living conditions of the three women differ, but the walls in front of them are similar in height, regardless of their status in society, their living environment, or their personal success. Among the three characters, readers will likely feel most empathetic towards Sarah’s life. In the book, the writer describes Sarah's life as: “She smashed a wall called the glass ceiling. She breaks them with all her strength, doing countless extra work hours, spending the weekends in the office and staying up all night to ready for a pleading.” The author also writes as a movie director, so readers are able to imagine each chapter in the book as if it were scene in a movie. In addition, the writer's expressions are so vividly presented, the reader will understand its straightforward direct scenarios. Last, the book will remind readers of the number of countless women today who continue the battle, breaking walls and frames that surround women, much like Sarah, Sumita, Julia did in the book.

Although men and women are doing the same job at the laundry factory, the men get paid more because they are considered breadwinners for the family. Women are upset and angry and they believe the root cause of the problem is suffrage. Women in the film are seen tossing stones at street shop windows and attend public demonstrations to make their voices heard. However, the lead character in the film, Mode Watts, does not sympathize with the actions of the women. She had no sense of issue at hand because she lived well without hardships until that time. Men voice the opinion that “Women do not have the calmness of temperament or the balance of mind to exercise judgment in political affairs.” Mode Watts finds herself unwittingly accepting of those comments, but as the film progresses, something happens that makes her change her mind. Despite their being a delivery person, a male at the laundry plant, the boss orders her to run errands by throwing things at her. Although she refuses to do the errands for personal reasons, male employees, including her boss, laugh at her and ask, "Have you ever worked?" After watching women's suffrage campaigns on the media and in politics with expressions like 'destruction without ‘cause' and 'violence', she becomes more aware of the issue and the need to vote. How did they protect their rights as human beings?

One of the reasons why the film received a lot of attention is because it portrays the history of women in their struggle to gain the right to vote realistically. Even now, many people think there is no discrimination between men and women like Mode Watts, and these people do not recognize discrimination when they are the subject of it. In that regard alone it is a meaningful film. It expresses the change process and the continuous effort by female characters in the film. At the end of the movie, there is a brief closing that audiences read to know nations that recognize suffrage. For instance, the UK started in 1928 and Saudi Arabia from 2015. Saudi Arabia after recognizing the right to vote for women has since much change in four years. The global world is changing and now there is outcry that “reverse discrimination” is occurring. However, it is difficult to say to claim this as men and women have yet to attain equal rights. They are not yet standing in the same positions. This movie shows how little women’s labor is valued and how women were and are still shunned by society. This reporter hopes that not only women but also men will watch this film and ponder critically real-world problems.