What is the desirable coexistence of humans and animals? We are currently living in the era of a 10 million companion animals' population, but animal cruelty is still happening all around us. In this situation, there are people who strive for animal rights. They have been engaged in a long battle with large breeding centers and auction houses. So, they are trying to move toward a world where animals are free of abuse through the active development of various animal rights policies and educational activities. SMT met "KARA," the group that advocates the animal rights.

Before we begin the interview, would you please introduce KARA to our readers?

I'm Cheon Jinkyung, and I am the representative of KARA, an animal rights activist group. I work to promote animal rights that encompass all species through activities such as fighting to end the consumption of dog meat, the banning of factory farms, the protection of street cats, and helping to bring about the construction of a breeding bear sanctuary. To realize animal protection systematically, I'm also striving to establish systems such as revising the Animal Protection Act and preparing street cat cafeterias. Many people forget the fact that human life is only possible by relying on other animals and that they are also the subjects of the right to live in this world. There are many values to pursue and ideals to be realized in this world, but I believe the promotion of animal rights is a key value and a human duty to positively transform the world.

Could you tell us in detail what KARA does, and furthermore, what role KARA plays in the right to life?

Under the motto of "right to life beyond human rights," KARA aims for a world where all lives ultimately coexist in harmony. As a methodology for realization, we would like to expand our understanding of, empathy for, and participation with animals through sharing knowledge with citizens. We also lead to positive changes in culture and perception through extensive research and various practices, and eventually promote animal welfare by improving laws and institutions. KARA is engaging in various activities, from animal rescue to legal policy, including the publication of reports and educational activities. Especially, KARA is focusing on campaigns to raise public awareness of animal rights, while also working today to dismantle the animal exploitation system.

Currently, you are working on animal rights education to improve the treatment of animals, as well as direct rescue and care. Could you briefly introduce the 'Keung Keung Library' and the 'Animal Film Festival' under KARA Education?

As KARA is evaluated as a leading organization in the domestic animal rights movement, you must feel a lot of responsibility and burden in operating it. What values and attitudes do you have with which to run KARA?

Animal protection is a very difficult activity with a specific substance. Since it is necessary to cover a wide range of activities from farm animals to companion animals and animals used for experiments, we need to establish specific measures and infrastructure for various knowledge, experiences, and practices. Collaboration with outside experts is also important as internal activists cannot cover all of these. However, Korea does not have a solid professional base in the field of animal welfare. In addition, animals are individual beings, and numerous unpredictable situations can occur, so animal protection must be based on very flexible and rational thinking and execution. It needs a large budget to maintain the structure, treatments, adoption centers, and others, so we are always thinking about how to increase the number and scope of intangible values and animals that benefit. I hope that our organization will be able to present exemplary standards as a think tank and an efficient executive agency for the animal rights movement soon. I want to allow my juniors to work freely in such a competent organization. Animal protection activities are not about fighting humans, but it is a process that helps us realize how precious animals are and how commune with them expand human life and deepen our thoughts.

It is expected that there have been many difficult moments from a time when awareness of animal rights was weak to the present. Could you tell us what was the most difficult things about your activities and how you overcame them?

It is too difficult to witness the pain of animals, and the reality of not being able to hold all of them is the most difficult moment. The moment to judge appears every time, and each time I check my own incompetence and vulnerability. Rather than overcoming these moments, I just endure them. There was a sense of loss when a stray cat, which I had had a bond with, died or disappeared and are not seen again. It's not that different from when you break up with your family or friends. There are so many moments like that for me that I can't list them all. In addition, it is hard to see the huge walls of reality by being reminded of things such as factory farms and the consumption of dog meat. However, there have always been competent and sincere helpers next to me. Director Lim Soonrye, Lee Wonchang, and my father, who abandoned his main job and watched me doing this activity, and all the activists of KARA, who are currently working together, are the biggest support to me.

Then, when was the happiest and most rewarding moment during your activities?

Ahead of next year's presidential election, politicians are making pledges to end the practice of raising dogs for consumption, and I would venture to say that KARA's research and policy activities, which began in 2014, have paid off. In addition, there is active discussion on guidelines for the neutering of street cats, and many citizens are participating. Last year, despite the difficulties of COVID-19, we were able to successfully build the "THEBOM CENTER", a total center for pet education, protection, and adoption in Paju. And many prominent celebrities such as the lyricist Kim Eana and the vocalist Jo Sumi added strength to our activities with their support. It is rewarding to see more citizens helping, animal protection officers from local governments participating in field trips, and animals being adopted.

You must have faced numerous animals while working with them for a long time. Could you tell us about the most memorable moment?

Every moment of working with animals seems to be miraculous, touching, and makes people humbler. But if I have to pick just one moment, I would like to talk about the moment when I met an elephant at the Elephant Nature Park in Thailand. The magnificent beauty of elephants draws people into the abyss of existence, making us endlessly vulnerable in the moment. It was an unforgettable moment when I reaffirmed how small and insignificant we humans are with these mysterious and beautiful animals, becoming humble and sorry for what we have done.

While the number of laws supporting animal protection and welfare was 35, it had increased to 41 last August. Through this, it can be predicted that interest in animal rights is increasing. What do you think about this phenomenon?

Currently, citizens' awareness of animal rights has improved significantly, and accordingly, lawmakers are increasingly proposing legislation on animal protection. This phenomenon is definitely positive. In addition, the National Assembly has an Animal Welfare Forum with a firm awareness of animal rights, and the situation is better than before as it leads related discussions. However, more efforts are needed to propose in-depth bills to protect animals. In many cases, good bills are scrapped before even going through the Central Election Management Committee. It is regrettable that they do not lead to effective legislation.

Despite growing interest in animal rights, behavior that tramples on animal rights such as animal abuse is constantly occurring. What efforts do you think should be made at the national level to effectively prevent these acts?

The nation sees animals as objects of use and as a tool for industrial revival. This attitude is most evident through animals being grown on farms. They are not respected as living beings, but they are treated as production tools, and are evaluated only for productivity. Just as the public's awareness of animal protection for pets is rising, people should now speak out for their protection. And, it is the responsibility of the nation to secure the rights and interests of animal victims by specifying the environmental and animal protection in the Constitution. In addition, the animal protection law should be further developed and the budget for protection activities should be greatly increased to support practical activities and watch the industry. The revision of Article 98 of the civil law stipulating animals are not objects is one of the things that the nation must do to enhance animal protection.

Then what should citizens do to eradicate animal abuse?

Each citizen is the most important subject with the power to directly help animals. There are various ways to immediately help not only pets but also animals in farms that end up on the table. First of all, we need to pay attention to and support the activities of animal protection organizations. Direct participation, such as becoming a sponsor or converting to vegetarianism, being more educated, watching movies at the KARA Animal Film Festival are a great help. And please adopt animals instead of buying them if you are going to raise them. Spreading that message around is also important. The world will improve quickly and more animals will be protected if more people can know about the importance of one bird and one street cat that we see in the morning.

By 2022, KARA will celebrate its 20th anniversary. What are the future plans and goals of KARA?

Next year, the stable operation of THEBOM CENTER will be the focus and, in addition, we will construct a bear sanctuary with Project Moon Bear. And KARA has a great ambition to carry out more active farm animal protection activities to fulfill our duties as an animal organization against the greater challenges from now on: COVID-19 and climate change. I think this will be an important attempt to determine the direction of Korean farm animal protection activities beyond KARA's previous efforts.

Lastly, would you please leave any words for Sookmyungians?

I hope that those who read this article will understand animals and become happier. Furthermore, if you are interested in KARA's activities and participate and assist us, there would be nothing more to ask. Don't forget that you are an elite who has benefited so much from this society and always remember the underprivileged animals in the dark. If you read this interview and think about what you can do at home or at the table today, it will be a great reward and joy. 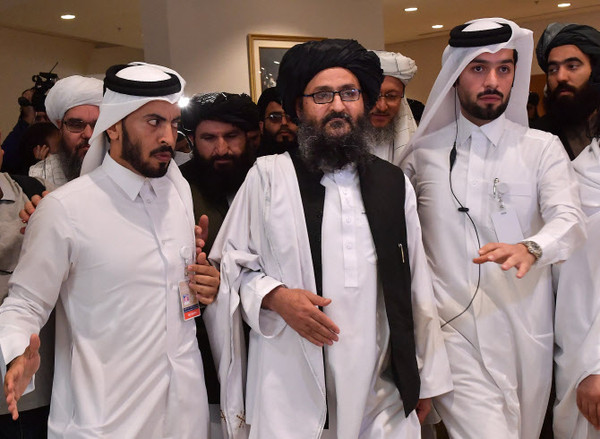