In 2005, one young man left his company to start his own business.  At first, his idea failed and people snubbed his work.  However, after months of never giving up, something surprising happened.  Many people started to watch videos online from his company and now, his company has billions of watchers all over the world.  The company is ‘YouTube.’  In the U.S, many entrepreneurs become legends, but becoming legendary in Korea is difficult.  The SMT reporters visited Silicon Valley to learn the secret to startup company success.

Before Leaving for the U.S.A

‘Youth unemployment’ has been a common social problem for more than 10 years in Korea.  However, recently economic situations have caused more and more people to experience unemployment than in the past.  The youth unemployment rate of young people aged 15 to 29 is the highest of 10 years.  In April 2016, it was 10.9%.  To address this issue, the Korean government has offered various ways youth may start up their own businesses.  The government has developed startup educational programs, established startup graduate schools, and supported undergraduate startup clubs on university campuses.  However, experts are questioning the overall effectiveness of these initiatives as they have yet to show any financial growth or strong outside interest.  Generally, these startup businesses by students close just after a mere 2 or 3 years.
SMT reporters decided to visit Silicon Valley, the mecca of entrepreneurships.  Famous companies like Intel and National Semiconductor (NS) are operating out of the area as well.  However, the number of smaller startup businesses is greater, and they are striving to become successful new businesses.  Since Silicon Valley is actually a group of cities, it is impossible to tour the entire area in a short period of time.  Hence, reporters decided to visit Intel’s museum and interview a student currently interning at Apple to learn about startups in Silicon Valley. 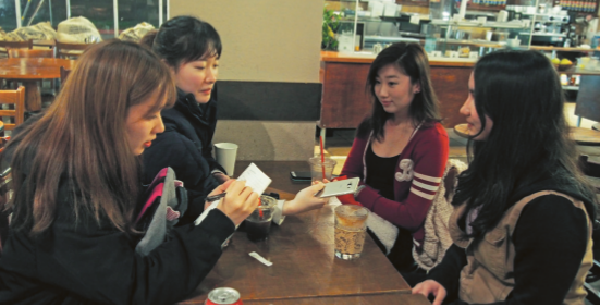 Before heading to Silicon Valley, reporters met a UC Berkeley student interning at Apple, a world renowned IT Company.  Reporters asked her several questions about startup companies in the U.S. and what American university students think about being self-employed.  She replied that in the Bay Area, application startups are popular, especially in Silicon Valley.  Everyone wants to start their own technology-based, software-based, or application-based business.  When asked about support for students wishing to open a business, she said that at her school, there is a center that helps students by offering a place to operate out of and that also provides a certain amount of financial assistance.  Besides this, she said that startups can receive funding from bigger companies if they believe the idea is brilliant and worth undertaking.  From the interview, SMT reporters realized how similar the situation at Sookmyung is with UC Berkeley.  Sookmyung also has a center that students may use when they are considering a startup business, and the center also offers a place from which the students may operate the business.

Once the interview was finished, the three SMT reporters headed to Mountain View to the Intel Museum, which is located next to Intel’s Headquarters.  Though the museum is small, it clearly highlighted Intel’s history, innovation, and thoughts.  On the tour of the museum, reporters learned about the first CEOs of the Intel, Robert Noyce and Gordon Moore.  According to the museum tour guide, the two men started the company in Mountain View, and the reason why Intel became the huge company it is today is thanks to its founders’ innovative thoughts and employees.  At first, the company was small, but after endless years of effort, Intel became a company everyone turns to.  In addition to information on the history of the company’s founders, the docent introduced the history of the company itself.  Intel turned a huge profit with the development of one microchip, but Intel didn’t stop there.  All workers and managers continued to develop the chip and create better products.  Not only did reporters learn the passion of Intel, but they also learned about the technology used to make the small chip that allows a computer to operate proficiently. 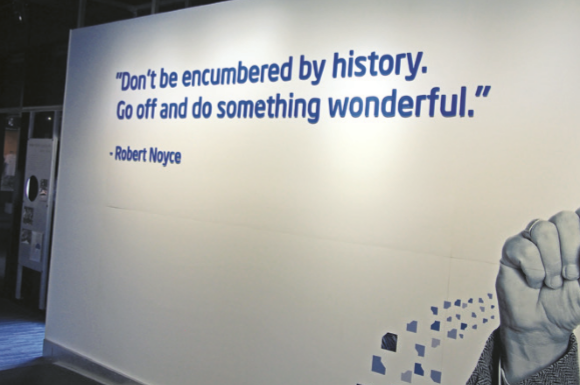 After the visit to Silicon Valley, SMT reporters realized the need for more student assistance in terms of starting a business.  Indeed, Sookmyung’s Entrepreneurship Center offers help to students wishing to open a business, and this year the Center recorded its highest ever assistance.  However, there are some problems that need addressing.  For instance, some students claim the financial assistance is too little to be of help and the Center doesn’t help in tracking patents or determining if the idea is plagiarized.  As a result, many students who first tried to start a business out of Sookmyung have left the Center to found the business off campus or have given up on the idea.  Because students are first to start business, they need protection.  The school should take more responsible for this matter.
However, it should not all be on the school, students should not give up easily or just because in a short while the business has failed to earn a profit.  Moreover, students should be creative.  They should know by now that restaurants and cafés will not lead to long-term work.  Robert Noyce, CEO of Intel said, “Optimism is an essential ingredient for innovation.  How else can the individual welcome change over security, adventure over staying in safe places?”  Like his words, do not give up and try something new.  Moreover, be optimistic.  “Don’t be encumbered by history.  Go off and do something wonderful.”

<*Special thanks to Kim Soyeon for helping with preparations for the Global Explorer Program.>