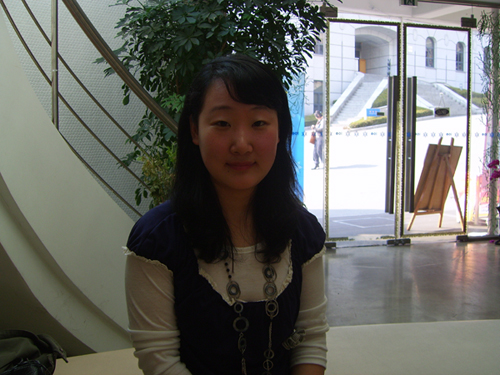 Liuchang (22), from China introduces her country

“I came from Shenyang, China.  I became interested in Korea when I watched Korean dramas.  I came here 10 months ago and have studied the language at Seoul Women’s University and Sookmyung Women’s University (SMU.)  I’m preparing to become a full-time student at SMU.”

When you hear of China, you may feel quite closer to it than to any other nations.  Along with Japan, Korea and China share an East Asian culture and are considered similar in many ways.  Still, there are differences we find surprising in spite of their proximity.  In this article, Liuchang (22) from China introduces her country.

I had a special episode because of my Korean ability.  I once asked a taxi driver to take me to SMU.  However, I was surprised that he took me to Sungrye Elementary School which was located on Namsan.  That’s because the pronunciation of both names were somewhat similar to me and the taxi driver was confused by it.  Anyway, it was quite a memorable experience for me.

In China, men play a big role in doing household chores.  In this point, it can be said that gender equality has spread more in China than in other countries.  Both men and women have jobs and help each other with housework.  In my case, if my mother prepares breakfast, my father cooks dinner.  Also, they share other chores like dishwashing.

The domain of China is so big that it has many different dialects.  That’s why people from different regions even can’t communicate which each other.  In TV programs, subtitles help people to understand the ‘other’ language even though both the spoken and written ones are in the Chinese language.

Chinese foods in Korea are very different from those in China.  The foods I’ve tasted in Korea were more salty and spicy.  The degree of seasoning varies across China.  In northern China, including Shenyang, where I lived, people eat salty foods.  Southern China, however, is famous for spicy foods.  Sichuan food is especially known as the hottest.

Exercising in the Morning

In China, you can see many elderly people gathering in squares or parks to exercise.  Tai Ji Quan is a famous example.  Chinese people, especially the elderly, care about their health, so one can easily see them, wherever they are, doing the same motions, usually Tai Ji Quan.

I’ve never been to Beijing, so I don’t know what has happened there.  Still, in my hometown, Shenyang, there are many new stadiums for the Olympic Games.  People became festive and inspired by that.  Chinese people expect their athletes to do well especially in track and field.  Also, because of the upcoming Olympics, the university entrance exam has been pushed to two months earlier.

It’s taboo in China to give a clock as a present.  The pronunciation of clock in Chinese is similar to the word meaning ‘death.’  Recently, young people don’t care much about it, but elder people may feel unpleasant when given a clock, so be careful when giving it to a Chinese person.  The pronunciation of the number 4 is also similar to that of ‘death’ and is considered bad luck, the same as in Korea.

There are some misunderstandings about China, especially concerning Hong Kong.  Hong Kong belongs to China, the main territory.  Although it is under a separate government, it is still a part of China.  However, many Korean people still seem to distinguish Hong Kong from China, which disappointed me.