Last year, I took a year off because my whole family had to go to for a year.  Because of that, I could not even attend my entrance ceremony.  While I was in America, I made a lot of friends from countries all over the world such as Colombia, India, Ethiopia, Indonesia, China, Japan, Turkey, Nepal, and many others.  Luckily, one of my best friends, Paula, who is from Colombia, invited me to her hometown.  It is not everyday that I have the opportunity to go to Colombia, so I decided to go on a journey!

My dad encouraged me to go to Colombia.  He said it’s a great chance to travel to South America; it’s a new world for me.  Since I did not know much about Colombia, I decided to do some research about it.  After researching, I was surprised-Colombia is the country whose soccer player accidentally scored an "own goal" in the 2002 World cup.  When he returned to Columbia, he was killed by a die-hard fan.  Columbia is famous for various kinds of crimes.  But at the same time, I felt curious and after all, I had my friend there to guide me!  What am I supposed to be afraid of?  Also, I wanted to taste that famous Colombian coffee.  So curiosity got the best of me and I decided to go there for ten days.

In November Columbia has a winter season, but unlike Korea, winter in Colombia is a rainy season and it’s not cold at all.  On Monday November 12, 2007 I arrived in Bogota, Colombia’s capital city, airport around 10 p.m.  But I encountered a problem before I even left the airport.  Because my passport picture is so old, I was stopped by security.  They examined my passport for about 20 minutes, first looking at it closely with a microscope, then looking with special blue light.  They kept asking me, “Is this really you?”  Finally they let me go and I promised myself I would change my passport picture as soon as I returned to Korea.  At the airport my friend Paula, her aunt, and her uncle all greeted me with lovely tropical orange flowers.

The next day, I traveled around Bogota city.  There is a big mountain near the city, so when I went up there, I was able to see the entire city.  We went up and took a lot of pictures.  Colombian students even came to me and asked if they could take a picture with me.  Later I realized that in Colombia, there are not a lot of Asian people and they were curious about me.  I was actually like a movie star while I was in Colombia, which is one of the main reasons why I want to go back to Colombia!  Because I am Asian, I had chance to take pictures with police officers, a group of military personnel, people who were gambling...all kinds of random people!  However, after one person said, “Oh! She’s Japanese!”  I was really sad.  People in Colombia use a lot of products made by Samsung, LG, and Hyundai but they do not know what country the companies are from.  I tried my best to let people know that there is a great country called Korea!  I even brought Korean coins and gave them to people I met but I think next time, I should bring more.  That way, people can remember me and also Korea.

Paula’s home town is actually not Bogota; it is Manizales, the city which is famous for its coffee.  It takes about one hour to go to Manizales from Bogota by airplane and 8 hours by van.  There is a huge difference because if we take a van, we have to go through a lot of curvy mountain roads, which is a lot of ups and downs!  Nevertheless we decided to take a van to get there.  It was not only a matter of money but also I wanted to see the scenery.  Just before we left, the driver made an announcement, “Welcome and thank you for taking this van, please fasten your seat belt and if you need to throw up, please let me know, I’ll give you a plastic bag.”

I didn’t quite understand what he meant at first, not only because I do not understand Spanish (my friend later translated it into English for me) but after we went up the mountains and the driver made sharp turns while driving at 100km/h, then I understood.  The baby who was sitting behind me kept vomiting and because of the smell I felt nauseous too.  My friend Paula threw up on the way back to Manizales nine days later.  I placed a type of Korean medicine that prevents vomiting, below my ear and I did not throw up!  Paula asked me where I had gotten that and she wanted to buy some for herself.  I was really proud of my country.

The landscape was so gorgeous, amazing, and wonderful!!  I saw coffee fields for the first time in my whole life.  I went to a tourist coffee park, but Paula’s uncle’s two villas were more beautiful!  I did not know that the coffee fruit’s color is red and to make it edible, you actually have to broil and dry it twice.  There were large farms for plantains (a kind of banana,) tangerines (a kind of orange,) and coffee.  People in Colombia were so kind to me.  All of Paula’s relatives invited me to their homes while I was there and even though I was full, I ate a lot of food.  The food in Colombia was the best part!  There were various kinds of fruits and fruit juice and tasting them was a new experience for me.  I cannot forget the sweet mango juice and a little sour lulo juice.

My trip to ended after I came back to Manizales and took an international flight back to the U.S..  In the end, Colombia was not the scary country that I imagined.  Instead, it was a country full of happy and smiling people.  But next time I should learn the country’s native language ahead of time, or at least some basic expressions.  Although I brought a Spanish-English dictionary, there were many limitations.  Still this trip was really special to me because it was my first international trip.  My dream is to travel all around the world and this trip to Colombia was my first step toward it.  My next step is to go to China!  Let’s go and explore!  There are so many things to do!  Who wants to join me? 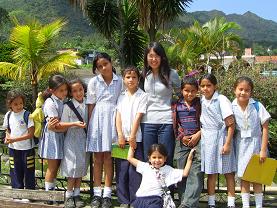 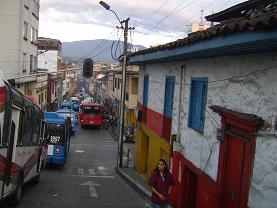 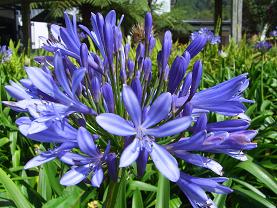 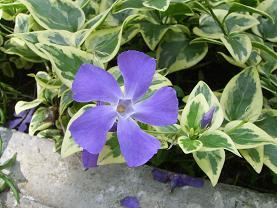