A New Wave of Commerce
상태바

After lunch, she heads to a café. There, she orders a coffee latte from the staff at the register and she waits for the payment. The staff lets her know the amount, and she turns on her smartphone to pay without the use of cash or a card. She inputs the cost and a password on her smartphone and then places the phone close to the QR code reader on the counter. In seconds, the payment is confirmed by the staff at the counter. This method of payment is called ‘Zero-pay’ in Korea. The payment system, launched by the Seoul government, differs slightly from existing payment methods. Then, what is zero-pay?

Zero-pay is a direct payment system, in which the bank makes payments for its customers by transferring cash from the consumer’s account to the seller's account. The system was created by Park Won-soon, Seoul Mayor, who pledged in June of 2018 during the local election to reduce the burden of credit card customer payment fees for small business owners. It is in partnership with the federal government, Seoul government, local district governments, financial institutions, and small private business operators. The biggest difference from other payment systems is the inclusion of small businesses and the payment system using one’s smartphone and QR codes.
Zero-pay was viewed as evolutionary when it was first introduced because of all its various benefits. With the outlook so positive, 17 local district governments agreed to implement the system on a trial basis. Especially, in Seoul, the benefits of using zero-pay are vast. Currently, people who used credit and debit card get 15% deductions, but the Seoul government said it would allow a tax credit of 40% for any citizen using zero-pay.1) Moreover, the Seoul government is also planning to offer discounts at public facilities such as public parking and cultural establishments. However, several problems were discovered during the zero-pay pilot test in Seoul and other municipalities, so before its official launch, this article presents the issues and limitations of the system. 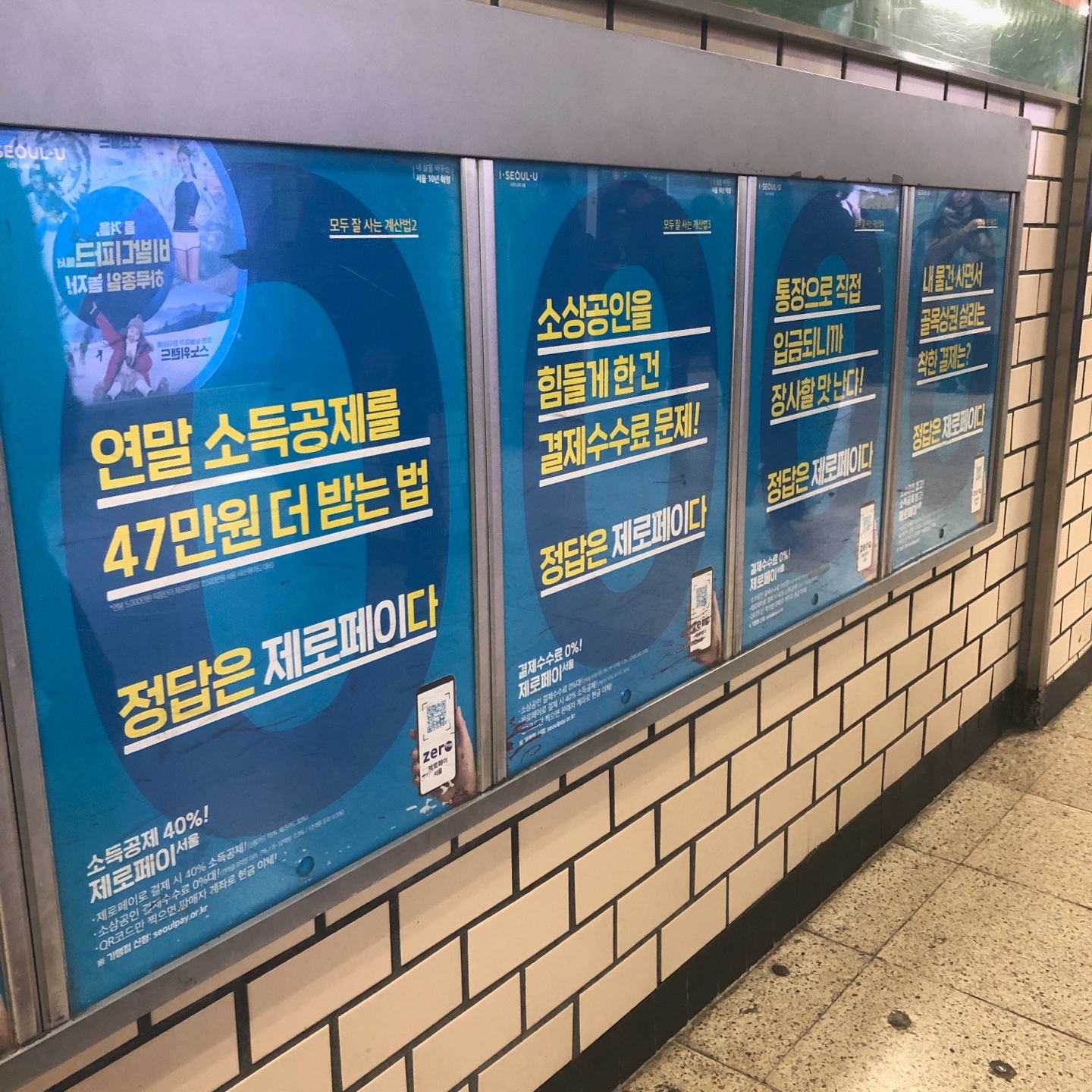 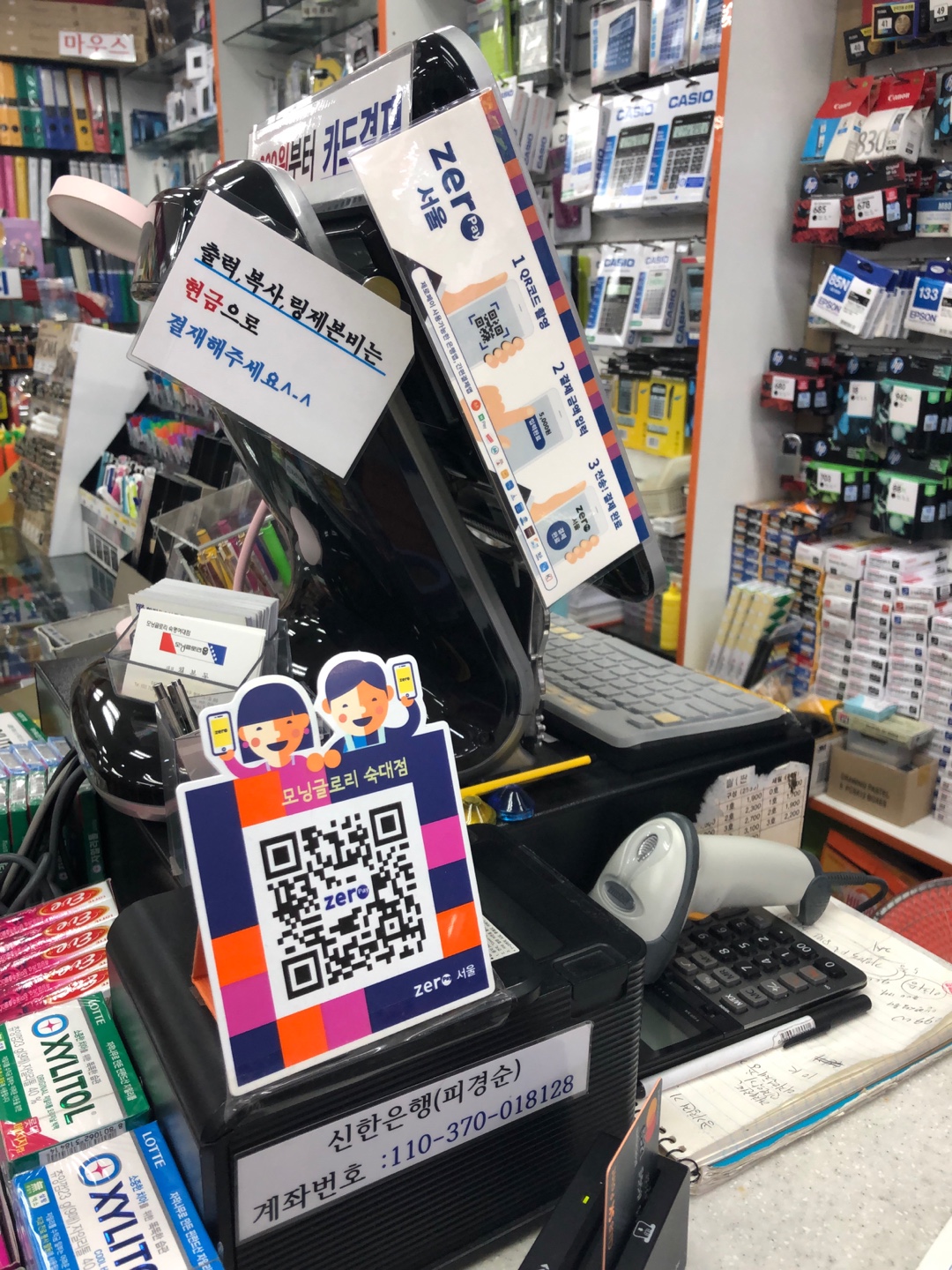 Zero-pay, launched as a pilot system on December 20, 2018, is at its initial defining stage. Looking back at its operations during this period, the biggest limitation of the system is its low usage by the public and private companies. According to the Seoul government on January 17, only 54,000 small businesses have registered with the zero-pay system. While the number may seem large, it accounts for 8 percent of Seoul's total number of small businesses.2) While the figure has more than doubled since being implemented, the number of real zero-pay service operators is far fewer than expected. Complains include the long time it takes to receive a QR payment reader and the complex app installation, despite early membership application completion. This equipment installation issue has caused implementation delays; moreover, many merchants have yet to receive workshops on how to correctly set up or use the zero-pay equipment. Besides, consumers are also having difficulty using the zero-pay system method at places registered as zero-pay accepted businesses. Indeed, the complex registration process has discouraged enrollment in the system. While it uses a smartphone application, people need to have their affiliate bank account application already installed and in use. In other words, the zero-pay system application is not an exclusive app, so it cannot be used immediately upon downloading it to one’s phone. It is also more complicated than other QR code app payment methods because users must enter the payment amount and their password themselves to use the application.
Next, another problem is the reality of regulating a 40 percent income tax break. The maximum limit allowed deduction for credit and debit cards, and cash receipts is 3 million won. In addition, under the current Restriction of Special Taxation Act, the zero-pay system amount will be treated in the same manner.3) That is, there is no difference whether people make payments using the zero-pay system, with a debit card, or even with cash. Hence, the 40% income tax credit incentive is alluring only if the law increases the existing limit of a 3 million won tax credit to 5 million won. However, it is impossible to establish provincial income regulations that apply only to Seoul since Restriction of Special Taxation Act is a national law. Furthermore, if Seoul can establish provincial income regulation, it is not fair because the system only operates in Seoul. Therefore, the big question is whether it is theoretically possible to offer the 40% income tax credit through legislation.

Zero-Pay, Where Should You Go?

From Simplicity to Sharing

Confucius, an ancient Chinese thinker said, “He who tries to move a mountain begins by taking out its small stones.” With the aim of officially launching the zero-pay system this March, zero-pay was piloted in many regions of Seoul. The benefits are expected to be clearly felt by small business owners, but there are still factors that need to be addressed so that real world issues are resolved.  Zero-pay starts on a trial basis, but once a number of issues are addressed like the removal of small stones, it will become a mountainous competitive payment method.

3) Joo Myungho, “”Payment through Zero-Pay? Nominal Use: at Most One Person a Day”…Getting a Franchise Is Also "Tiresome."”, Moneytoday, January 7, 2019