Do you know Ireland, the small country beside England?  Even if you have heard of the country, you may not know anything about it.  The Sookmyung Times met with Kevin Cawley (32), an Irishman, in order to introduce you to Ireland.

This is his second visit to Korea.  He said that the first time, he came to work because he wanted to change his job and do something different.  Also, he had been interested in Asia since he was young child.  One day, he saw an advertisement in the newspaper about teaching in Korea and thought it was a good opportunity to come to Asia.  This visit inspired him to start to study Korean and East Asian philosophy when he went back to Ireland.  Earlier this year, he came back to Korea to do research about Dasan Jung Yak-yong for his Ph.D. because he is interested in Dasan’s Neo-confucian ideas.  Don’t you wonder what Ireland is like?  Read his explanation carefully.

Two Countries on One Island
England invaded Ireland over 500 years.  Originally, everybody in Ireland was Catholic, but during that time, the British banned Catholicism and tried to make people Protestant.  So, in Northern Ireland, many people are Protestant, but in the Republic most people are still Catholic.  Actually, religion is not a big issue, but people use their religion for political purposes.  Ireland is still divided into Northern Ireland, which is ruled by England, and the Republic of Ireland, like North Korea and South Korea.  However, you can choose whether to have an Irish passport or a British one.  Most Protestants choose a British one and Catholics choose Irish ones.

Unique Irish Language, Gaeilge
Irish is the oldest spoken language in Europe.  It has been spoken for almost 2,000 years.  This language has a very long history and a rich vocabulary.  In Irish, we call the Irish language ‘Gaeilge’ and usually schoolchildren and teenagers go on summer camps to three Gaeltachts, areas where Irish is the first language.  Irish is the official, national language in Ireland.  All the road signs and sign boards are written in both Irish and English.  All the politicians must speak Irish and everybody must start learning Irish when they start school.  Maybe seven to ten percent of people are fluent in Irish, but still, more than 90 percent of people use English.  Many younger people aren’t fluent in Irish but they have to study it at school.

Experiencing Four Seasons in a Day
In Ireland, we say we have four seasons in a day because the weather always changes, but it is mild, so not too hot and not too cold.  In the winter, it is never as cold as Korea and in the summer it is never hot like in Korea.  People usually wear a T-shirt and they always carry a sweater.  Also, I think it is a good idea to bring an umbrella so you can always be ready in case of rain.  But when it rains, it doesn’t last very long and it’s not so heavy, more like a drizzle for a couple of hours.  After the weather clears up, it becomes very beautiful, but then in the evening, people feel cold again so you never know what the weather is going to be like. 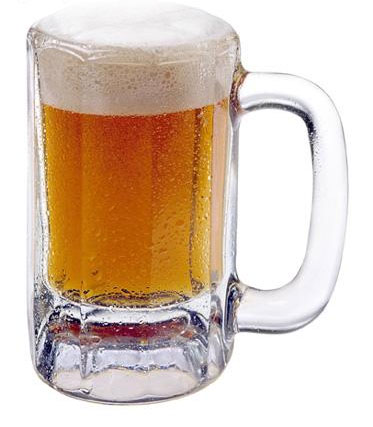 Meeting Square, the Irish Pub
We call it ‘the local’ which means ‘local pub’ and we go there all our lives.  It will be near the neighborhood, and everybody relaxes there; everybody goes there because it is very social, so it is a good way of meeting friends and family.  When I go back to Ireland after I’ve been away for a long time, I usually go to my local pub and meet my friends and people whom I didn’t see for a long time.

Irish Music, Similar to Korean Music
Most people in Ireland like traditional Irish music.  It is either very fast, like the Irish jig which is upbeat and happy and so used for Irish dancing, or very slow and melancholic, even quite sad.  This is because of historical reasons.  We were invaded by England for a long time, so many of our traditional songs talk about the sadness of being invaded.  Also, our traditional music is in some way similar to Korean traditional music.  Koreans talk about ‘Han (恨)’, and in Ireland we have a similar sort of feeling because of our history.  Actually, sometimes when I listen to Korean traditional music, I think “Oh, is it Irish music?”  So, it is quite similar.

Music: Medium of Different Generation
Usually when we are growing up, people sing songs in their houses, people come over to each other’s houses; maybe someone will play music and others sing a song and clap their hands.  So, I think Irish society is very social.  We like to mix different age groups.  Younger people mix with older people and they sing and dance together.  It’s very good because we don’t have barriers between different generations, so older people can understand younger people and younger people try to understand older people better.  Songs and traditional music handed down from one generation to the next create interaction between different age groups. 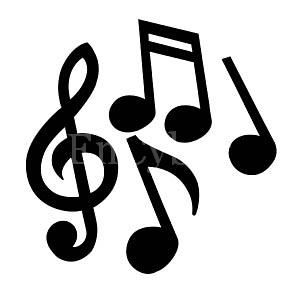 Street Music Show, Busking
Busking is very popular in Ireland.  People who play instruments such as guitars, violins and cellos and sing songs on the street are called buskers.  They are really good entertainers and huge crowds gather around buskers and watch for hours.  Most people give money, not just 500 won but maybe a couple of euros.  Grafton Street in Dublin is famous for buskers and it is interesting because it is also a very expensive shopping street.  Even though it is a good part of town, people enjoy busking as part of their culture.  In some other cities, it’s illegal and shopping areas are just for shopping and nothing else.  But this is the sort of life in Ireland and people enjoy it.

Recommendable Place in Ireland, Bray
Near Dublin, there is a town called Bray.  There is a nice beach and a very big hill so Koreans can hike there.  On the top of the hill, there is a huge cross and the view is amazing.  You can see for miles and miles; beaches and the beautiful coastline and cute towns.  But the most important thing is that people are always familiar.  Actually, Bono, the lead singer of U2, lives near Bray, so someday when you walk there you may meet him.

Finally Kevin said, “I think the three words that express Ireland the best are Music, Drink, and People.  I can put these words together in a sentence such as ‘People drink music.’  Throughout the hour long interview, he answered very well, and when I couldn’t understand his words, he repeated himself and wrote down the words kindly.  He was a true Irishman, who is really sociable and nice, and talked to me till he was blue in the face.  When you have a chance to travel to Europe, how about visiting Ireland also?  Many truly Irish people will welcome you. 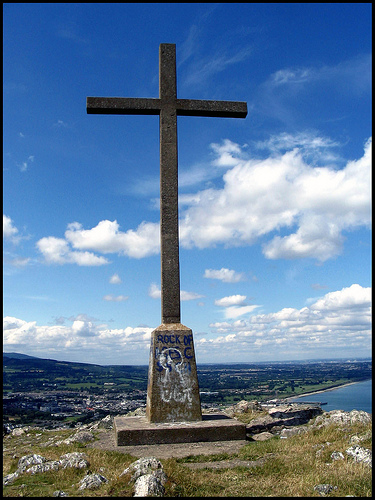