The Cause of Climate Change

The number of human activities contributes to global warming by adding excessive amounts of greenhouse gases to the atmosphere.  Greenhouse gases such as carbon dioxide accumulate in the atmosphere and trap heat normally could exit into outer space. Burning natural gas, coal and oil raises the level of carbon dioxide in the atmosphere.  Farming practices and landuse changes increase the level of methane and nitrous oxide.  Factories produce long lasting industrial gases enhanced green house effect.  Deforestation is also significant source of greenhouse effect because fewer trees mains less carbon dioxide conversion to oxygen.  The Consequences of Global Warming Hotter weather enables deadly mosquitoes to travel greater distances; carbon dioxide in the air aggravates asthma and allergies.  Also, higher temperature could lead to increased droughts and wildfire, heavier rainfall and greater hurricanes.  Increasing global temperature is expected to disrupt ecosystems, and species die-off.  Arctic summers could be ice-free by 2040, and sea levels could rise as much as 23 inches by 2100 if current warming patterns continue. 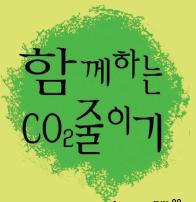 Green Start which started October, 2008 is the mass practice movement that promotes people to take part in and have concern about global warming and the problem of carbondioxide.  The 40 percent of the greenhouse gas in Korea is generated in nonindustry section such as commerce, transportation, and home.  The cost of reduction is lower than industry section, and it shows instant effect so the green-life is more important.  Green Start does movement to reduce greenhouse gas es throughout Governance and to promote the green-life culture. 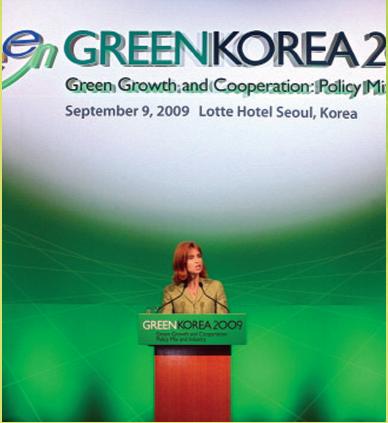 Internationally, UNFCCC (United Nations Framework Convention on Climate Change) come out June, 1992 in Rio de Janeiro.  IPCC (Intergovernmental Panel on Climate Change) which is a scientific intergovernmental body tasked to evaluate the risk of climate change is publishing special reports on topics relevant to the implementation of the UNFCCC.  In Korea, APCC (APEC Climate Center) which is towards collaboration with an open environment and KGEO (Korea Group on Earth Observation) is participating international climate policy.  Also, Last September, ‘Green Korea 2009 Green Growth and Cooperation; Policy Mix and Industry’ was held in Korea. 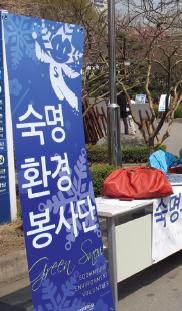 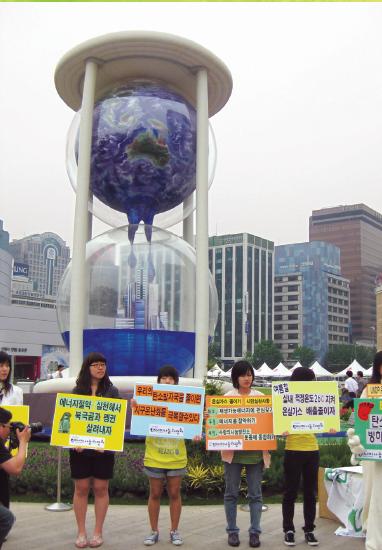 Sookmyung Environment ervice Group has many different kinds of campaign and doing program.  In specific, they have campaign called ‘Green Day’ to make fresh campus, and ‘Campus Watch Program’ to save the energy.  Not only that also, they held the lecture about environment a semester.  Currently, there is some idea contests related to the green campus, in that degree, students and schools get more have interest in green campus.