New Environments for Development of the South
상태바

New Environments for Development of the South

Every revolution in information technology has extended democracy and created conditions for social change.  The IT revolution today has created an explosion in human consciousness, triggering an explosion in human aspirations, beyond the confines of the ‘economic man,’ adding new dimensions to the very concept of ‘development.’  Not merely agriculture and industry, education and health and employment and a higher standard of living, but a whole range of other issues, such as environment, sex discrimination, human rights, ethnicity and cultural identity, has become components of development.  The question of war and peace is very much a determinant factor for the realization of such human development.  It is not just a question of the absence of war or of the threat of war making resources available for human development in all its dimensions.  This brings us to the question of the need to understand the dimensions, causes and sources of war in the new millennium.

The basic character of capitalism in its early days was accumulation of capital for more investment, for more technological advance and more profits.  Today, a major share of the capital accumulated through super-profits is used for personal consumption.  Concentration and centralization of capital takes place through share market operations, which provide for easy, quick and maximization of profits.  There is relatively less investment in new technology for new industries, except in a few war-related areas.  Only increasing mass consumption can sustain such an economy.  So we see the emergence of a debt-based consumer society, characterized by rapid obsolescence compelling the consumer to invest repeatedly in the same product, with minor improvements in efficiency.  It-driven advertising is replicating such consumer societies in every country of the world. This is an energy - and particularly fossil fuel-guzzling economy.  Control of sources of petroleum is a cause of war today.  Conflicts for the control of natural resources have been the causes of the war in Iraq and the focus on Iran, with aggressive overtones, and the Middle East and the Northern Africa in general. Such wars are also testing grounds for new conventional weapons with greater lethal power and biological weapons.

Every war today is a total war. It is no longer a war between soldiers.  Even civilians are its target.  ‘Collateral damage’ is a euphemistic explanation of the continuing total war in Iraq and Afghanistan.  A total war destroys the economy of a country.  It is true of secondary wars as well. War is an enemy of development.  Development is a continuing process bringing about social and cultural change.  At the early stage it generates a discontent born of the loss of the old, established social norms, despite elements of exploitation, without its replacement by a new one. We are witnessing an expression of such discontent in many local areas of the less developed countries.  The need therefore is to enable the people, especially the deprived sections, to articulate their felt needs and participate in the activities for their realization. They must be made to realize that they can build their own destiny. In an independent world, development in individual, especially the so called third world countries cannot possibly take place without economic relations with other and more developed countries.  Such a development will help create a multipolar world.  Given the international correlation of forces today, regional cooperation can cut across the north-south divide of the days of the cold war. The struggle for a multipolar world can create different combinations on different issues.

This raises the question of the status of nationalism and the nation state under conditions of globalization.  Some economists and political scientists believe that total economic integration of all the nations of the world, under globalization, would put an end to nation-states.  This would end all wars. Let us not forget that nation-states were born in the nineteenth century through a whole series of wars.  During the twentieth century two new nation-states were born generally through wars of liberation. Even in India, despite Gandhi’s non-violent struggle, there was a parallel revolutionary stream. The nation-state first emerged as a political entity.  Development ensured consolidation of the political entity and the emergence of the state as a representative of the nation as a whole, with all its contradictions and their resolution.  Today, the nationstate is going through a process of transformation.  In trying to protect national interests against the threat of homogenization of economic, political and cultural interests, under globalization, it is becoming necessary to relax some of its sovereignty to find strength in a regional combination.  At the same time developing states are still in the process of transforming the political entity into an integrated nation-state.  Such regional combinations in cooperation with one another can possibly provide a countervailing force against attempts to build a unipolar world and possibly prevent military aggression against individual nations and a war between groups of nations.  This would not however end internal wars.  This would demand that every nation-state must make conscious efforts to realize the unprecedented possibilities of development, opened up by the scientific and technological revolution and the IT revolution, to raise the quality of life of the entire population in all its dimensions. 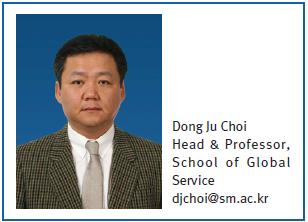