Let’s Make Sure Our Ideas Of Success!
상태바 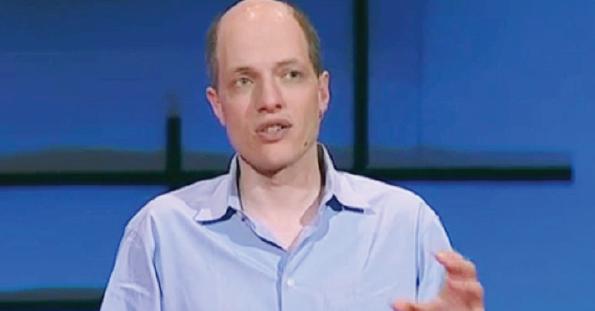 Alain de Botton
Born in 1969, writer Alain de Botton has published three novels: Essays in Love:
A Novel (1993), a perceptive modern love story; The Romantic Movement: Sex, Shopping and the Novel (1994), a comic investigation into the problems of relationships; and Kiss and Tell (1995), a
biography of an ordinary young woman by her lover.

Although most people are unpleased by the fact that they have lived in the world which is filled with money, they struggle hard to make money.  University students also do their best to get good English scores and write a creative self-introduction for joining companies which will give them a high salary.  To them, self-help books criticize the world claiming, “Do what you want to do! You can do it!” and people accuse themselves.  However, is it right that making a great deal of money can’t be called success?  Why should we think that striving for wealth is just greed?  Then what is real success?  “What do you do?”  Most people use this question as a greeting when they meet someone else at first.  In this normal question, there is an inconvenient truth.  It is a good example to show that people want to know others’ fortune or honor at most.  De Botton pointed out that
people have been changing snobbery: a snob is anybody who takes a small part of you and uses that to come to a complete vision of who you are.  However, we cannot help admitting the fact that people are jealous of one’s success whose condition is similar to theirs and obsessing over it, because we live in modern society, which is linked to the spirit of equality and has a possibility to go to the upper sides by their effort.  People who believe in the possibility admit the results which were made by themselves and their failure seems much more crushing.  However, Alain de Botton said it was impossible that the society rated people’s successes and assigned a good person to the upper class and a bad person to the lower class; there were coincidental reasons for success.  Therefore we don’t have any reason to judge people hastily.  Also, he pointed out that people didn’t have their own success standard apart from the standard which was made by our society.  We should focus on our own thoughts and make our own success.  Be in the driving seat!