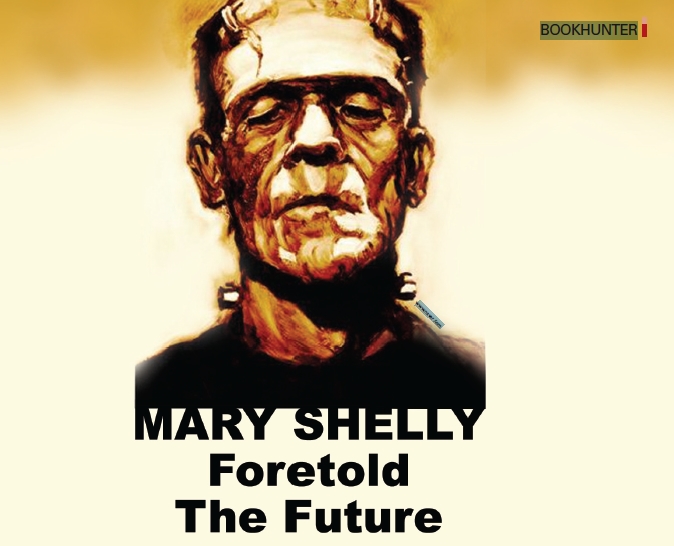 Are there any people who don’t knowFrankenstein? Of course most people knowFrankenstein and recall an enormous monster which is made with corpses.  Some of the people are confident they know it easily without reading the fiction by Mary Shelly, Frankenstein or watching the movie by James Whale, Frankenstein because it is famous.  However Frankenstein is not the name of the monster.  Are you surprised? If you are, don’t read this, go to library to get the book and read it first.  That’s because it is a story with a number of deep meanings.Frankenstein is the name of a scientist in Geneva.  He was absorbed in natural science and had much pride to himself.  With his continuous effort, finally he made a monster.  Although he made the monster by himself, he was afraid of the monster without taking responsibility for his making.  The monster did other people as well as Frankenstein harm.  This story is similar to our science development.  We have already made amazing development in science.  However we just have developed without preventing and coping with its risks.  And finally, it has made the results which would be a threat to even scientists who made development.  The result of development such as a nuclear bomb and wars, an industrial revolution and environmental disruption have made a monster which drive people to destruction.  Unfortunately, other monsters not from natural environment have also come out.  In Frankenstein, a monster (so to speak he wasn’t, a monster yet except his appearance) watched the family who lived in a small cottage with full happiness.  He dreamt the happy life with them and finally he decided to show his appearance to the family.  The old man who was blind accepted him as a friend but the son who could see his appearance expelled the monster and escaped from him without understanding him and considering his effort.  Then he became a monster who did people
harm.  If the monster got love from the family, he would not be a monster.  It is the evidence of the monster’s desire to be loved that in the end of the story, he demanded Frankenstein make another female monster like him who could love him.  It is also similar with real society.  The discrimination between people who are not similar with me, in other words we make a concept‘ordinary’ and the arrogant of‘ordinary’ made people who were not a monster become a monster.  The famous jail breaker, Sin Chang Won said, “If there were anyone who said to me with petting my head, ‘You are a good boy,’ Korea wouldn’t need to use so much money to catch me.” In other words, he would not be a monster if he could be given love without discrimination.  Just because others are different from us or poorer than us, we have discriminated against them and finally we have continued to avoid them who have been monsters because of us.  This fiction is not a scary story to us anymore.  The scary story was needed to make people worry about the story being real, but the story has became real already.  With this prediction of Mary Shelly we need to think about this real moment.  We should regret the fearsome cycle in nature and relationship with people we have made and try to escape from the cycle, not a monster.  If we escape just monsters, we would encounter the ending of Frankenstein.