Despite the coldness, over the winter months the Korean drama Replying 1988 made not only hearts of every student at Sookmyung Women’s University warm but it warmed the hearts of all TV watchers.  It covered stories of the past that warmed and opened the hearts of neighbors.  However, it was hard to empathize with each episode because university students do not know well about that time era.  Then, what if there is a place that provides university students an opportunity to experience life in the 1970s for a while?

People sometimes yearn for the past.  This could be the reason people get excited for retro wear and items.  This trend has caused TV broadcasting stations to create shows that are based in the past.  Due to the desire for all things vintage is sweeping the country.  Besides TV dramas and entertainment programs, the music industry is also getting into the action.  Old vintage style clothing is surfacing and films of the past are being re-released with great success.  Despite all these media input, people in their twenties do not have the memories that enable one to feel nostalgia for the past.  Surprisingly, however, at the National Folk Museum of Korea people in their 20s can lose themselves on a street section restored to resemble life in the 1970s.  The National Folk Museum of Korea is located in Jongno, the central part of Seoul, so it is just a 40-minute ride away from Sookmyung Women’s University.  You can get there through a variety of transportation means, so it is not hard to get there.  Since there is only metered parking, if you want to look around slowly, going there by public transportation is more convenient. 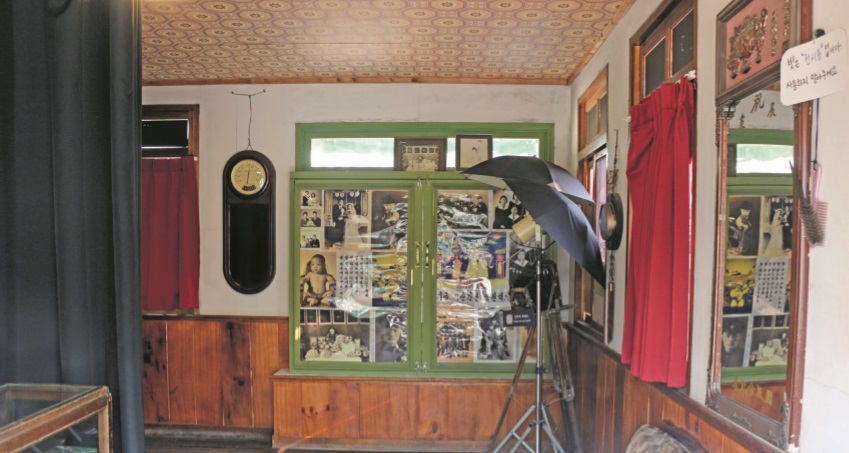 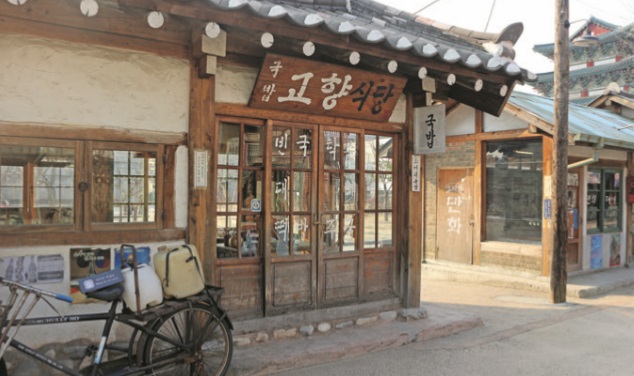 A Street to the Past

Just after entering the National Folk Museum of Korea, there’s a sign directing guests to ‘a street to the past.’  Following the directions, guests first encounter a replica of a tram, a vehicle used during the 1960s to 1970s in Korea.  It is the very tram that was used when famous actor Song Ilgook and his triplet sons Daehan, Minguk, and Mansae filmed the KBS TV show The Return of Superman.  Behind the tram are numerous buildings that are reproductions of those typical in the 1970s.  For example, there is a barbershop that is a replica of typical beauty shops at that time, and a dabang, which is a replica of a 1970’s coffee shop.  There are even comic bookstores, and a record store, which are shops that are really difficult to find nowadays.  Also, guests can also view what kinds of cigarettes and cars were sold at the time.  Enjoying yourself, taking selfies is great, but guests can also have two special experiences there.  First, visitors may take a rest while enjoying a cup of coffee from a modern style coffee vending machine for only 300 won at the dabang.  Second, visitors may also borrow 1970s’ high school uniforms for free.  Unlike the multitude of uniform designs for middle and high school students today, at that time, there was only one standard uniform design for all schools in Korea.  However, photos must be taken by the guests themselves using their own cell phones.  Also, there is a fixed time for borrowing uniforms so you need to heed that time.  It’s at 10:00 to 11:30 a.m, 1:00 to 3:00 p.m, and then again at 4:00 to 4:30 p.m.  Besides the street of the past, there is a folk museum that displays the history of Korean traditional instruments, clothing, and others, so after looking around the street that might be a good place to drop by.

For people in their twenties, the days of the past really belong to people much older than them.  Unlike middle-aged individuals and the elderly who lived through 1970s, people in their twenties are not familiar with that time period, so things from that time period are pleasurable and new because they view them as new not old-fashioned.  Also, because past things are presented as something new for people in their twenties, young people feel refreshed by them and it is a great escape from the ongoing economic recession and competitive social environment.  Since a visit to the museum offers university students a unique experience, it is a great place to visit and a great chance to experience life in the 1970s.