Stories that I Knew

“This is the last chance.”  This is the word that I repeated over and over again before my exchange student exam.  Actually, I was a repeater to be an exchange student.  Looking back on my first failure, I think I was not earnest enough, and I didn’t have clear purpose.   However, this time, I really wanted to study in my favorite country, Japan. Compared to the U.S.A..  and other countries’ universities, the number of students who wants to go Japan is few.  Even so, each student’s passion is very strong; therefore, it is important to set a clear goal and prepare for it.  After the application period, time went very fast and finally, I passed into the University in Kobe, which was my third choice.  However, I chose to go to the Ritsumeikan University (RU) in Kyoto at my own expense.  I grasped for my last opportunity.  From April 2010, my preparation for study in Kyoto started. 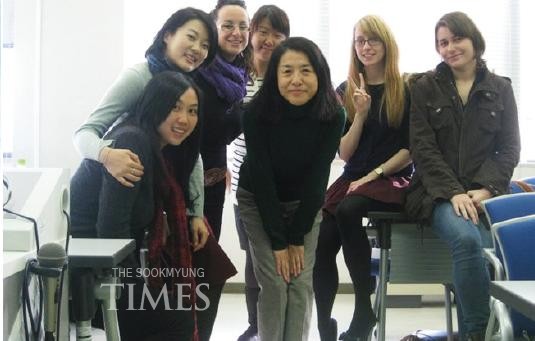 I Can Do Well by Myself
I had to find the house by myself because I went there with my own charge.  It turned out that there was an apartment for international students, but the house that includes furniture, essential stuff and also an attic appealed to my taste.  It wasn’t a very romantic time: making rice, doing the laundry, and cleaning.  Although I had lived for 22 years before, I became independent suddenly.  I came home after school at 7 PM and from that time I had dinner until 9 PM.  So at that time, the will to do homework disappeared naturally.  But at one point, I enjoyed cooking and I waited for cleaning on Sunday morning.  Also, I sometimes hung out with friends in the dormitory and strolled around the town listening to music.  Most of the exchange students will live in a partner school’s dormitory, and this is an obvious coh abitation.  It was great that each other became friends, of course, but I felt living alone was more comfortable to me because I could manage the same amount of the time for only my own time.

My School Life
When I first visited RU, the surprising thing was the wide campus.  I thought studying in the wider campus could change the mental attitude, but not that the SMU, which is smaller than RU, is not good.  Then another merit was that RU has the majority of the international students in Japan.  So, when I took the special lecture named IJL (Intensive Japanese Language track) which was progressed with only Japanese, I could improve my Japanese and English, too.  Besides, it was the most enjoyable experience because all the international students shared information and we exerted ourselves to master Japanese together.

My friends called me ‘June.’  Since my Korean name is hard to pronounce, it was kind of my regard.  And I wanted to have a nickname as well.  Ironically, I met many foreign friends who could speak Japanese in Japan.  This is because I spent more than 12 hours a day with them in school, and took classes together.  Also, we could be more easily intimate with each other, probably because we came to Japan with the same goal.  As a matter of fact, when people think about foreign things, many of them would feel their thoughts and cultures are so different from ours.  However, it is easy to find common things with us after sharing some ideas.  For example, my Italian friend, Federica and I usually investigate and analyze young Japanese boys’ fashion.  I made an appointment to gather again with my classmates on January 5, 2015.

The Story I Didn’t Know
I was unaware of the passage of time and finally, I came back to Korea in mid-February this year.  I had no sooner came back than started preparing my new semester, and the time went by quickly, so now it is already April.  A few days ago, I was moved to tears looking up at the sky on my way home.  The sky is the same one that I looked up to several times in Kyoto.  The clear sky in Kyoto has exceptionally many stars, and looking up at the sky, I gave my word that I would come back to Kyoto to see this sky.  This is the first time, next year and the year after next becomes the second and third one.  My Kyoto life gives me a lesson that it is possible to make chances for myself in life.  It is a very valuable experience that I would not exchange for anything.