Did you enjoy fairy tales when you were young? Many of you grew up reading books such as the stories of Hans Christian Andersen (1805~1875), the most famous fairy tale writer of Denmark, and watching the animated films of Walt Disney (1901~1966), the most successful animation producer in America.  Then, can you name the most common feature in their work?  It’s Royal Families. In most of Andersen and Disney’s stories for children, we find Princes and Princesses, as well as Kings and Queens.  As a result, when you were child, you probably dreamed of being a Princess someday, marrying a Prince and living in a beautiful palace.  However, as you grew up, you realized that you can’t be a Princess in Korea because we follow not a monarchical system but a republican system.

However, strangely enough, there are still many monarchical systems around the world, and Princes, Princesses, Kings and Queens also.  Isn’t it surprising?  Royal families exist in 24 countries, perhaps most representatively in the United Kingdom, Japan, Denmark, and Monaco.  Prince Edward, a member of the British royal family, said, "Individually, the themes, the focuses, the interests that we all have are inevitably different because we're all different as people."  In that case, how different are the royal families’ lives from our lives?  Haven’t you always wanted to know more about the similar features that only royal families share?

In every royal family, there are fixed rules which one must follow if one is a rayal family member, just as the public follow the laws in republican countries.

The following are some of the rules in the Serbian royal family:
“Article 5. – The Ruling King is the supreme leader and protector of all members of The Royal House.  Without the special approval and consent of the King, no member of The Royal House is allowed to commit any act or deed of public importance, nor to make any permanent commitments to anyone.

Article 6. - All members of The Royal House are obliged to consider as, and to respect the Head of their House in the person of the King, and to help Him in performing His duties as the Head of the House, by perfect and impeccable loyalty and obedience.

Article 15. – According to Article 138 of the country’s Constitution, in which no member of the Royal House can be a minister, members of The Royal House are to be prepared for service in the military, education, art or the Church, according to their special preferences.” (King Peter I Family Book of Rules for Members of the Royal House of Karageorgevitch Dynasty, 1909)

As you may see from the above rules, for royal family members, many of their individual choices are blocked.  They cannot go abroad, and do what they want because they represent the entire country.  Also, anyone who is a member of the royal family and is of lower status than the King must follow the King’s orders because he is the head of the palace.  This is the main difference from common people who have much freedom of individual choice.

The Royal culture, Becoming Our Culture 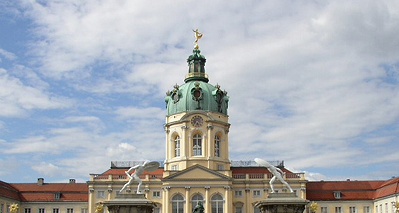 If you imagine a party at a palace, you might first picture gorgeous chandeliers, ladies wearing elegant dresses, gentlemen in neat suits and plentiful food in a beautiful, well-organized garden.  Actually, these parties began in Europe as the royal families’ festivals.  Long ago, only noblemen and royals could hold and enjoy parties because they were very expensive.  However, they have now become popular and common among the younger generation worldwide.  Nonetheless, there are still parties specifically for royalty, as the next article explains.

Special Day for the Whole Country

The King’s or Queen's official birthdays are official anniversaries in countries with a monarchy because they are regarded as the most important person in those countries.  In the Netherlands, on Koninginnedag (the Queen's official birthday), 30th April, every person celebrates the Queen’s birthday.  Street parties and other events are held all around the country, often organized by local “Orange associations.”  It gradually became the custom for everyone to have a day off work on that day.  Actually Queen Beatrix’s birthday is on the 31st of January.  The 30th of April was the birthday of her mother, Queen Juliana, but Queen Beatrix wanted to continue celebrating Koninginnedag on that date as a mark of respect to her mother. (www.koninklijkhuis.nl)

“Noblesse Oblige” means the moral duty befitting of high social status. It is an old tradition in western society which developed from the King’s and noblemen’s moral consciousness and action of taking the initiative and setting an example in the early Roman age. Nowadays, the tradition is continued by royal families in Europe and beyond.

In the United kingdom, Prince William, second in line to the throne behind Charles, supports homeless shelters as a patron. He supports four charities and his informal style is anything but regal. William's younger brother, Prince Harry, helped set up an organization to aid orphans and other vulnerable children in the South African kingdom of Lesotho (“The Royal Family: The Business of the Monarchy” on ABC News, March 3, 2008). He has also spent the last 10 weeks fighting the Taliban on the front line in Afghanistan. He said, "I finally get the chance to do the soldiering that I want to do." (Prince Harry on the Afghan front line on BBC News, February 28, 2008). He volunteered as a soldier and threaded his way through the troubled area, running a great risk. There was no privilege given to him as he had been used to as a member of the royal family. Prince Harry just pretended to be a normal soldier and an ordinary person. His humble behavior ensured that people worldwide knew about the example royal family members should set.

Tradition, Mirror of the Nation

The various royal families around the world have unique features but generally they all have similar frames in the areas of Rules, Party culture, Official anniversary and Moral Duty. Also, they have preserved their own traditions and culture in this modern age. They set a worthy example for Korea too: even though we are not a country which follows a monarchical system, we are responsible for maintaining our traditional customs, treasures and culture.

This February, a fire destroyed Seoul’s Namdaemun gate, South Korea's No. 1 national treasure. After this conflagration, the public became concerned about our traditional heritage sites. Nowadays, the Korean government is making an effort to preserve our unique culture. The National Palace Museum of Korea published its first edition of the professional royal family’s culture and inheritance journal, GoGungMunHwa, last year. Besides, the Hi Seoul Festival, which was held once a year, has been drastically renewed. It is planned to be held every season, four times this year. The 2008 spring festival’s main theme is ‘the big 5 palaces in Seoul.’

In various ways, the government is trying to get people interested in their tradition and also increase the number of foreign visitors to Seoul through the four festivals. Not only government, but also the public’s power is needed because tradition belongs not to Korea but to each citizen of Korean. This is the time to show your love for Korean tradition and culture. 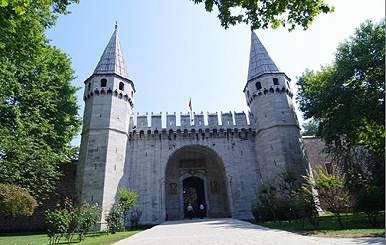