In the last SMT REPORT, I wrote about global explore programs and official schedules as a member of a team.  However, this time I am going to talk about my own story of Paris which happened after official plans. 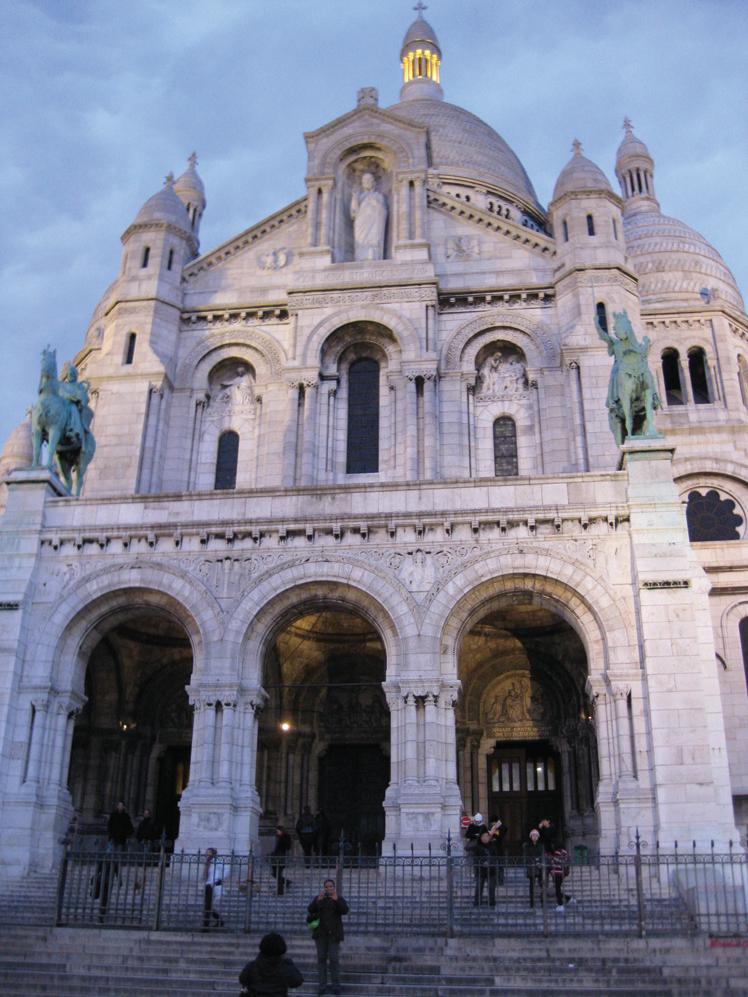 The second day, after finishing the joint schedule and the interview, I headed to Montmartre in the afternoon.  In fact, I did not know where it was, what it is, or how to get there before I heard that it was the best place to see the whole view of Paris from the other members.  They recommended I visit there, so I went to Montmartre without any definite plan at 4 o’clock.  Paris has the short day in winter so, when I arrived at Abbesses station at about 4:30 PM, it was already dusky all around.  Normally, most people who go up Montmartre meet wicked traders who force people to wear a bracelet and then demand exorbitant prices and also, see many artists drawing pictures in the street.  However, I did not see this scenery at all so I started to have doubts as to whether it was the right road.  Spreading the map, I looked at it dozens of times and went up the stairs and the slope.  The surroundings, an atmosphere of comfort, was like a place where boys play football or children chum around with each other after school.  While I was searching for the right way, I found a building.  “What is this? Is this E´glise Saint Pireere de Montmartre or Basilique du Sacre´-Cæur?”  Because of I wasn’t certain of the way, I decided to ask someone who seemed to be a parking attendant in this town.  When I asked her “Where is Montmartre?” she answered with a laughing outright, “Here! Here!”  Then I became shy so ask again that I were finding the place where I can see the panorama of Paris,” and she said to turn the corner of the building, and that were were on the back of Sacre´- Cæur.  Now, I think that day, maybe I was a cute foreign tourist.  Or was I absurd?  As soon as I was turning along the Sacre´- Cæur, the scene in front of me was magnificent.  The Paris skies were lit up with the glow of the setting sun and there were lots of couples who enjoyed the charming spectacle.  Although there was no music because of evening, (usually there are many artists who are playing music), I felt soothing and lovely music greet my ears.  I also assimilated this atmosphere with other people.  At that time, I really envied the French couples who can always date at such a gorgeous place, Montmartre.

Night had already fallen, so I was surrounded in darkness but it was only 6 o’clock.  I had to go to my accommodation by 7 o’clock, so I started heading back the way I came because it was clear that I was lost on some unfamiliar street.  But I should not have done that.  Of course it was wonderful to go up the infrequent road; however, I regretted that I could not see many vintage cafe´s, artists’ who lived in there displaying their easels and the only vineyard in Paris.  If I had more time, I could visit cafe´ les Deux Moulins which is famous for the movie Le fabuleux destin d’amelie poulain (Amelie).  I returned to the lodging; I kept going on thinking, “I would come to Montmartre again surely.”  This was the most memorable place for me. 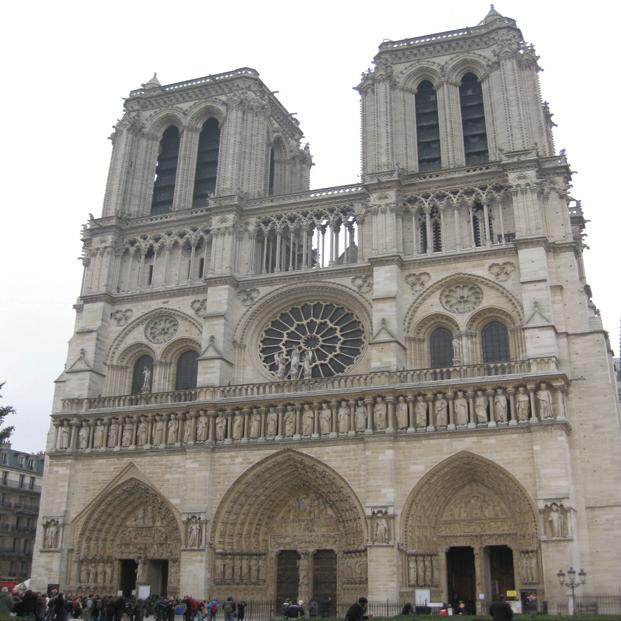 Notre-Dame Church, called the best Gothic building, and being famous for Victor Marie Hugo’s novel ‘Notre Dame de Paris’ made me lost for words.  I heard that there are always a lot of people, but the day I visited there were not many people, so I could take a picture of only the building background without people.  It is the advantage of traveling Europe in winter.  I was really happy because I felt Notre-Dame felt like mine.  The historical events were held here, the coronation of Napoleon, and the funeral ceremony of Victor Marie Hugo.  While looking around the interior of church, I felt like I was attending mass.  I dedicated a candle with my wishes and prayer in front of the Cross crucifix.  In Notre-Dame square, there is a bronze star called “Zero Point” on the ground, which is the standard of measuring distance from Paris.  If people stand at this spot, this is the center France and there is superstition: If one steps on this spot and takes a round, she or he is sure to come back to Paris.  It was sad I missed this spot.  However, I get to consider leaving it to visit Paris again and it made me become to love Paris more and more. 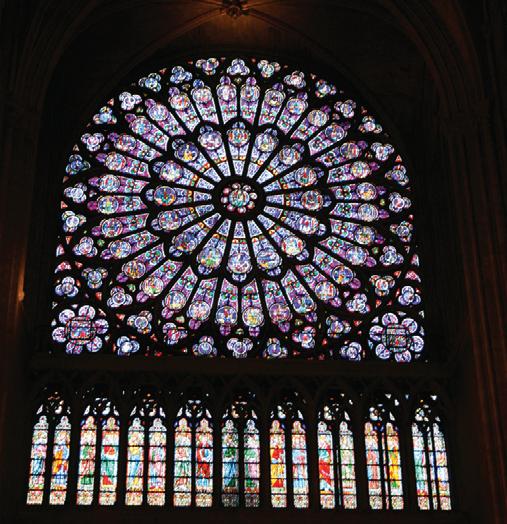 The last day in Paris, Saturday, I was depressed rather than glad to visit Muse´e d’Orsay which is the place I wanted to go the most.  It was once atrain station in the past; it was changed into a museum in 1986.  The works of art from 1848 to 1914 were exhibited.  People can appreciate the impressionist painters’ masterpieces included Monet, Manet, Sisley and Van Gogh, Delacroix, and Cezane’s works.  I hung around many tourist attractions but I saw the large of people in here.  It meant that Orsay is a very popular sight.  It became a little quiet at 1PM, time to eat lunch, so “This is the chance!”  I had a look around here and there to see masterpieces I couldn't see in detail because of the crowds.  I had a sandwich and watched art works very hard until 3 o’clock.  When I came out, I could see a great deal of people who were waiting for entrance.  To see the Orsay leisurely or to see enough, I suggest hurrying up early in the morning.  There I could see half of the paintings which I had learned about as a freshman in Western Art History class.  Truly, I felt I reviewed this Western Art Historic lecture.  It was nice to see the paintings directly instead of as pictures in a book, and feel the color scene and painting’s own energy. 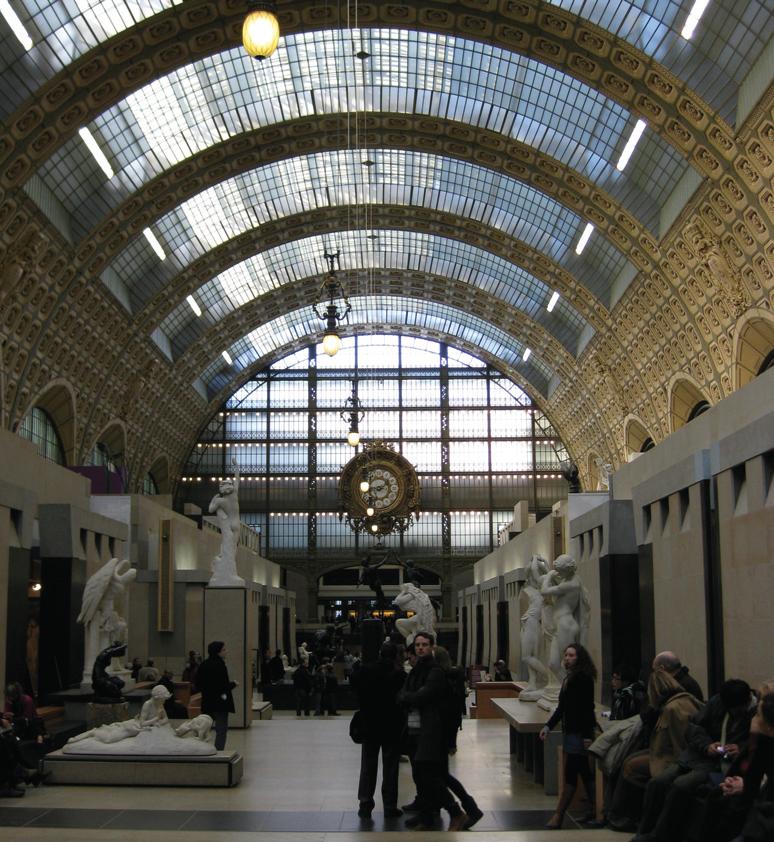 After going out from Notre-Dame, I went to Sainte Chapelle, which has the most beautiful stained glass in the world, but I had no expedition.  I have seen lots of stained glass because I had many chances to go to churches in Korea as a Catholic but I have never seen memorable stained glass.  The stairs were unusual.  It was a spiral, narrow and dark, so I felt how the the monks of the past were going up and down in secret.  The moment I entered, my jaw dropped open in amazement.  Actually, I said loudly “Oh, my god!”  The beautiful scenery was beyond description.  The picture, describing the Bible on the stained glass has the red, gold, green, and blue color and all of these colors were harmonized by sunshine.  Looking at the scenery I gave an exclamation of surprise.  I took the pictures continually not to forget this splendid scene but it could not allow to take pictures.  In here I felt a holy atmosphere. 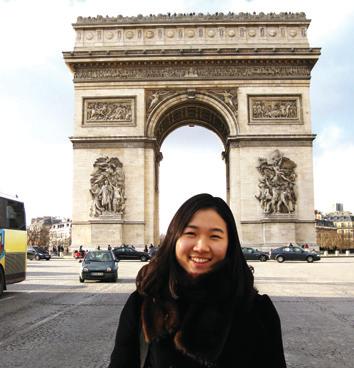 My last schedule was to go to see the Arc de Triomphe the triumphal arch.  One member of the team recommended that I should take a picture in front of the triumphal arch.  To take a nice picture, I walked up and down and crossed the crosswalk many times.  The most appropriate site is the second traffic light.  Standing on the middle of the crosswalk, is the best photo.  The last night, all members of global expedition went to dinner together.  We spent time talking about the days of Paris, being thankful to each other and happy about finishing the project successfully.  Our Paris night was heightening. Images and impressions from Paris still linger in my mind.