Treatment in the Theater
상태바

People could get a treatment in the hospital and watch the play in the theater?  However have you ever received a treatment in the theater?  There are doctors who care for people’s hearts in the theater.  The Sookmyung Times (SMT) visited the Catholic University of Korea and watched their 50th anniversary play, which is conducted by graduate doctors and nurses, and enrolled students in the College of Medicine, Nursing. Kim Gwang Pyung (KIM) who is the founder of Songeui Play Club responded to the interview.

KIM  We have played many plays in the meantime, but there is no department of theater and film in the Catholic University of Korea, Songeui Campus.  I think it is not common that the existence of play club having emicentennial history in the school like ours.  Starting from the first play celebrating the first graduate from the birth of College of Medicine, we have already reached this meaningful milestone this year.  This play is joint play among the alumni who work in society as doctors, nurses, and professors, and enrolled students.  It was held on August 27~28 in the Catholic University of Korea, Songeui Campus, and anybody could watch our play.  Total amount of the money which is gathered from the sale of brochure about this play is donated to disadvantaged patients.

KIM Doctor Anton Chekhov is a Russian doctor as well as writer.  He wrote several short stories when he was a College of Medicine student.  He wrote for making his school fees and living expenses.  We compose our play order freshly with his short stories and plays for making the situation so that more people can appear in our play.  In this play, Anton Chekhov explains about his stories himself, including “About the damage of cigarette,” “The Sneeze,”and “The Audition.”  Two Anton Chekhov come on stage in our play, the one Anton Chekhov appearing to the real stage is done by Choi Chang Soon working as the chief in the Geon Gang St.Mary clinic.  The other is done by me.  It makes an entrance as a voice of Chekhov which has a talk with other casts in “The Audition,” not showing up to the stage.

SMT  How can Songeui Play Club’s history continues during the 50 years?

KIM  I couldn’t think that this play can be went on present days at that time.  After that, several plays were held for an inauguration ceremony of Seoul St. Mary’s hospital, and the 10th anniversary of the founding of the university. The Songeui Play Club was settled in the course.  This year’s joint play is the second play that enrolled students and alumni including me to show off together after the play at the 30th anniversary day.  Although this is only the second time the alumni have participated, the alumni support has lasted from the first play to the present.  The more alumni are made, the more the background is stronger.  That is the reason we can be well for now without any aid from the university, and have existed just with our members.  I feel so thankful for my juniors who make me participate as the living witness of the 50-year history of our play club, and I’m proud of them.

With KIM who was Chekhov’s voice, the other Anton Chekhov appearing on the stage said, “We did plays for performing some meaningful things for patients and others.  Like our vocation which can be help for the others, I want our play also to be a thing that can support others.  I expect that people have an interesting about play because it reflects our life.” 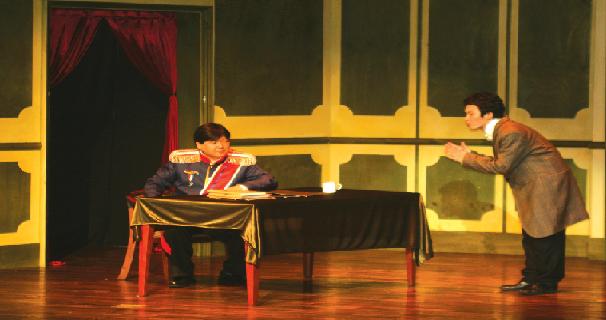 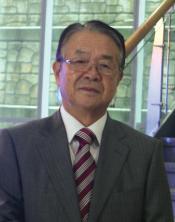