Real Remains and Existing Egypt
상태바
In the last SMT REPORT, I wrote about our itinerary in Cairo and official projects of Sookmyung Global Explorer Team in the Department of Culture and Tourism.  This time I will talk about our story in other areas of Egypt.

“Korea has had ‘look down’ culture which means all ranks of society can look down from the top because of a lot of mountains, but on the other side,most of ranks in Egypt, exclusive king or chief priest, had to look from bottom to top. Why did they have ‘look up’ culture?”

On February 10th, I thought I saw enough remains to last a lifetime.  We visited Mit Rahina Museum first and saw the Sphinx of Memphis and the Statue of Ramses Ⅱ.  There, I met one host of a gift shop who had really big hands.  He insisted that he was adescendant of Ramses, showing his hands and gifted magic beetle-shaped stone.

In the second place, Sakkara, we walked on the desert watching the oldest and the first step pyramid designed by the prime minister, Imhotep, who is the first architect and physician known by name in written history.  The step pyramid is the original form of the present pyramid.  Professor Kim Saejune (KIM) said, “Culture is what people gather and this is tourism. Egypt was a sightseeing country in ancient times. Symbols of Egypt were so huge because those meant victory and survival.  The super structure affected anywhere people could see.”   After sightseeing beside the temple, we also rode on camels and donkeys on the site’s progressed restoration.

Finally, before arrival in Giza, we stopped by to see carpets. The laborer taught us how they make handicraft carpets directly.  Their hands were very fast and the Egyptian carpets they had made were marvelous, so we arrived in Giza late. Despite the short time, I was thoroughly surprised at the splendor of the largest pyramids built by King Khufu.   And we slept on the train to Aswan.  The time we went down to Aswan was so long. The fact we traversed the African Continent by train alone had special meaning to us but we also realized relativity of culture.  The Egyptian train was unpunctual and stopped at most stations for a long time whether the departing time was over or not.  I was quite shocked by it because every Korean is familiar with punctual means of transportation.  However, KIM said that it is so slow to us, but people from other countries can think it is the proper speed.  In this special one night on the train, I learned patience, understanding about relativity, and the other side of Egypt.

“What is the role of the Nile in the past and present?”

On the 11th, we went to see The Unfinished Obelisk in a quarry where it was created but abandoned.  Ancient Egyptians had driven wood nettles into artificial holes of huge granitic stone, and poured water over the wood to make it expand and crack the stone.  Then, they had pulled those with logs to the Nile River and moved them when it overflowed.  Those are obelisks which are used as symbols of temples or mosques.

After we watched the quarry, we moved to see the impressive Aswan High Dam, which was built for flood control of the Nile River by Egyptian statesman, Gamal Abdel Nasser.  The Old Aswan Dam (Aswan Low Dam) was first completed in 1902 and raised twice, during the British colonial period but it was inadequate to control the flood.  So, Nasser built Aswan High Dam again and nationalized the Suez Canal.  The guide told us that because of this dam, Nubian1 monuments like Abu Simbel Temple and Philae Temple were moved by UNESCO.

Next we arrived at Philae Temple. We had to enter with a chug boat because the temple was on an island.  The landscape on the boat was so calm and peaceful.  Philae Temple is the temple of the goddess Isis.  The guide explained from Egyptian mythology that Isis is a love and fertility goddess who is the wife and sister of Osiris and mother of Horus.  Egyptians love Isis very much because Isis revived Osiris by gathering pieces of his dead body after he was killed by the god of evil, Seth.  Also, according to his explanation about structure of temples, the structure has a human shape.  The core at the bottom of the temple meant the head because it was important and only priests and kings could enter.  And the second part meant the body where royal family and the nobility gained admittance.  The rest, the outer place was the legs and anyone could enter.  That night, we went to eat Kushari which is Egyptian popular food in traditional marketplace.  The huge market was bustling with activity and we enjoyed looking around, especially the spice market.

On the 12th, we rode on a felucca which is an Egyptian traditional sailing boat, and visited the Aswan Princes’ Tombs.  We went up the stairs covered by sand and could see sandy colored tombs.  On the Nile with felucca, we thought about the Nile and Aswan again.  Cairo was cosmopolitan, but on the other side of Aswan was Nubian world and the center of trade between Egypt and Nubia in the South.  Aswan traded from Yemen below thorough the Nile.  So, the marketplace of Aswan has special meaning to me because Aswan is uncrowded but by comparison, the marketplace was very good.  After watching the marketplace of Aswan, we departed for Luxor.

On the 13th, we headed to the West Bank of Luxor to watch the New Empire Remains.  Luxor had been a second city of Egypt and in summer, the temperature can soar to above 50 degrees, so mummies could dry very well.  The day we went to go was very hot so we realized in the shade of temple why ancient Egyptians needed and wanted the places.   First, we watched the Valley of the Kings and the Valley of the Queens.  After a lot of pyramids had been despoiled, pharaohs started using methods in which they are buried safely.  At least, they had discovered the valley and been buried but the valley was despoiled, too.  We entered the valleys but it was so hard because the stairs were very high and steep, the inside was very hot and many tourists were crowded around.  However, the inside of the valleys was amazing.  Colorful and cheerful mural paintings talked about rebirth periods of 70 days.  The paintings meant hardships dead pharaohs would overcome for rebirth.  Unfortunately, photography is strictly forbidden in the valleys.

Next, we visited Al-Deir Al-Bahari Temple (Temple of Hatshepsut) built by Hatshepsut who had made herself a goddess.  Hatshepsut was a very strong queen and she had traded spices, cows, and monkeys with Africa.  A commemorative merry tree from Somalia planted in the entry was very impressive.  In addition, in the entry, I saw the sun god, Horus, who is shaped like a falcon and symbolizes a guardian.  She had acted like a man to strengthen royal authority and it is traditionally said that she was homosexual or bisexual.  Each column in the temple had her statue but the next king; Thutmose Ⅲ had damaged and wanted to plow up everything about the formal queen because she was a woman.  Later, we talked over Egyptian beers until late dawn at the restaurant beside Luxor Temple.

On the 14th, we went to see Karnak Temple and Luxor Temple.  The awesome Karnak Temple had been expanded by a lot of kings from Thutmose Ⅲ to Alexander the Great over about 1000 years.  At the entrance, sphinxes with lion’s bodies and ram’s heads symbolizing protection stood in line.

In the temple, there were dried mud brick piles, those showed construction methods Egyptians had piled bricks beside the temple and moved the heavy stones one by one.  I also watched a lot of paintings, patterns fretted on the stone and huge obelisks built by Hatshepsut.  The most interesting thing was a beetle statue which gave good luck if people ran seven laps.

And we visited continually to Luxor Temple renovated by Ramses Ⅱ , Hatshepsut and Alexander the Great.  In the entry, four huge stone statues of Ramses Ⅱ and two obelisks stood, but all the statues were different from each other. Inside the temple, surprisingly, there was a mosque built by Arabs in the 13th century.  And guide showed one German scholar’s initial carved on the temple when he investigated the temple.  Watching the ineffaceable traces of other countries, I reminded of our country which has a lot of Japanese culture throughout.  Although one culture and other cultures can encounter and clash, in my opinion, the main point is, ‘never damage other countries and respect as it is.’  In the face of wrong positions between different cultures, I had to think back about combinations of conflicting cultures.

The two weeks in Egypt were so precious to me.  I did my best to observe records, and take pictures to communicate everything to Sookmyungians.  And now, I thought it was great and helpful because I still feel all the experience and knowledge about Egypt vividly.  I learned so much during just two weeks, and maybe I can never forget it.  In Egypt, thanks to our diligent professor, it was very hard on my body, but my mind was satisfied more than anyone else.  I appreciate my six kind seniors and respectful KIM.  I could finish my itinerary successfully and safely through their help.  Treasuring forever, Inshallah! 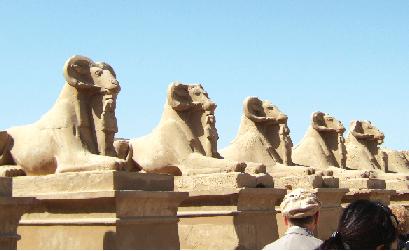