Shedding Lights on Asian Realism
상태바
What image first comes to mind when you think of an art exhibition?  Maybe you will imagine an art exhibition about similar European art works.  But, here is one art exhibition with a different theme, which is a hot issue now.  It is Asian Realism, held in the National Museum of Contemporary Art, Deoksugung.  Asian Realism was planned together with the National Art Gallery, Singapore and will tour each country’s national art museum.  It introduces 104 great pictures of 10 Asian countries’ modern art (China, India, Indonesia, Japan, Korea, Malaysia, Philippines, Singapore, Thailand, and Vietnam).  We can appreciate art works from about 100 years of history.

Realism as a Means of Representation

In the late 19th century, most Asian countries were under colonial rule.  Asian artists accepted realism as a new, modern technique to re-create objects, translating visionary experience into plane screen. 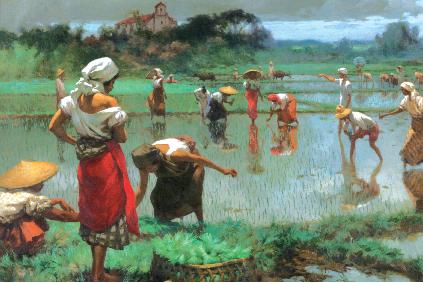 The Rural as an Attitude and Metaphor

In the first half of the 20th century, during the colonial period, national consciousness grew.  In hard circumstances, one’s native land became an object of nostalgia and longing.  Sincere interest in environment and nature around them shows artists’ attempt to find spontaneous national conscious-ness.

According to Asian tradition, it is a new phenomenon that socially neglected people, including labor, comes to the forefront as the theme of art.  After the Russian Revolution in 1917, the concept became main stream that beggars on the street, labor, peasants, and the general public need art. 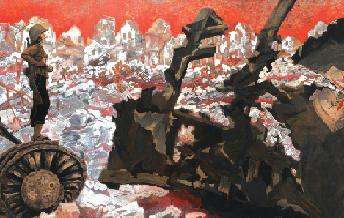 One truth that Asian countries had to encounter in the 20th century was they had to be in the middle of the world war.  ‘War’ provided important reasons for the realism trend.  Realism was a good measure to express the terrible sights after war and commemorate the victory. 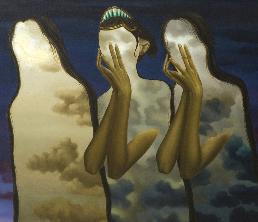 In the latter part of the 20th century, although most countries gained independence, colonial legacy, government corruption, and ideological conflict provided various themes for artists.  ‘Neo-realism’, which puts importance on criticism of social issues, became a new trend.  This is a rare chance to meet other countries’ art works with status of national treasures.  It helps to understand Asian countries’ histories and realities.  Until now, we accepted western art definitions and meanings, in general.  However, Asian Realism has a special meaning that we can look back on our history from our own view.