Every Monent, Have a Passion!
상태바

Do you have a certain dream now?  If you don’t, then are you frustrated not having any dream?  Don’t worry.  If you have a passion and strong mind that you will do anything as hard as you can, there would be a way to go forward as Hyung Nan ok (HYUNG) who did what is given to her very heartily and then found her way to go forward.  The Sookmyung Times (SMT) met Hyung and heard her process of finding a dream.

SMT I want to know why you applied to be a reporter of a Korean newspaper in SMU in this busy university life.

HYUNG As I only studied in high school, I wanted to experience various things entering university.  So, I joined the Korean newspaper office called, the Weekly Newspaper of SMU.  Surely I joined it not knowing how hard it is and I was too busy to enjoy personal life and do dating.  After I was trained as a cub reporter for 1 year, I started to write my first news.  I write about industrial workers and factory girls as a planning news, ‘We are the same age’ and also democratization and demo.  As our country was under the military dictatorship at that time, our newspaper was the target of censorship and it failed to pass the censoring.  Newspaper was on the verge of prohibition of publication.  So, I and my fellows had to come out.

SMT I heard you were not only cub reporter but were a departmental student and student body president in SMU.  What kind of activities did you do?

HYUNG Coming out of newspaper office, I was elected as departmental student in Korean Language &Literature.  At that time, attendance rate of MT was 100% thanks to unity.  In the military dictatorship, the student body disappeared but after President Park’s assassination on October 26th, 1979, democracy was on the rise in universities and the student body revived.  I became the first student body president.  At that time, I did demonstrations with many Sookmyungians who had usually been regarded as not participating much.  I even helped lead ‘Seoul’s spring’ with other universities’ student body presidents like Shim Jea Chul and Rhyu Si Min, who are now famous politicians.  For doing the demonstration I was jailed in a prison as the first women’s university student body president.  According to the military court’s decision, I was expelled from SMU but I could go back to school in 1984 and I managed to graduate from SMU.  So I attended the university for 10 years.

SMT I wonder the process before you would be president CEO in Hyun Am Sa.

HYUNG At the time I was expelled from SMU, I first entered the publishing world.  I worked hard based on experience from when I worked at the school’s newspaper office and I did demonstrations as persistently as I could.  My original dream was not to be an editor.  I wanted to have a job like a professor, but working in this field, I could get another interest in it.  Especially correcting other people’s books was very fun.  So I didn’t change my job once and only went one way with my own belief and supervision.  After I worked sincerely, I could become CEO of Hyun Am Sa and my career in this field is so enormous that I could also be the first managing director of Seoul National University Press.

SMT As a best editor, please tell about needed factors to be a good editor.

HYUNG Editors must see philosophical factors which society demands with insight.  And instead of competing with function and skill, editors must compete with their own philosophy.  Also, an editor must have the thought she will enhance happiness through books.

SMT Lastly, please give some valuable advice to Sookmyungians who dream of a bright future.

HYUNG I hope you widen your mental vision not seeking immediate gains, like the old saying, “A bird that flies higher can see farther.”  As my school days and life did, it’s impossible to predict approaching hardship and adversity.  What you can do is just endure hardship and overcome it with passion.  Then, surely you will find your own way to go forward and be a stable person who doesn’t shake easily. 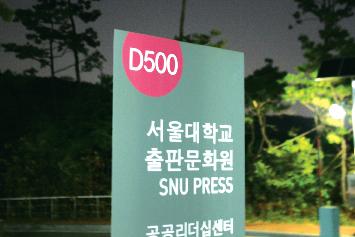 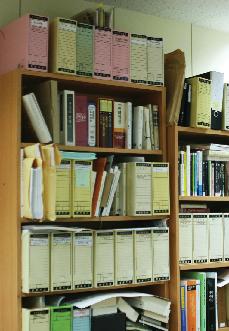 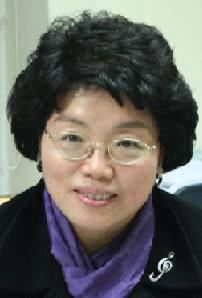 - President CEO of Hyun Am Sa